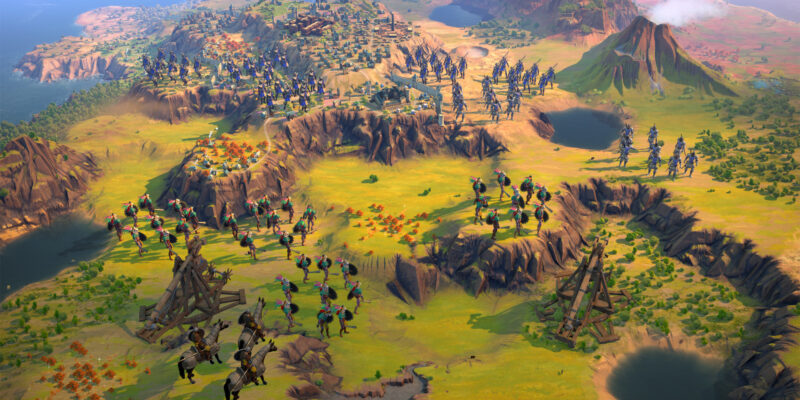 Almost three months after its launch, Sega’s strategy game Humankind has already received three updates that substantially tweaked the title’s gameplay systems. And just today, Sega and developer Amplitude Studios dropped Humankind‘s fourth update, dubbed “Fabius Maximus.” Additionally, players can also participate in the Día de los Muertos event, the first of many live events that the developers plan to implement. Needless to say, fans of Humankind will have plenty of new content and gameplay changes to mess around with until the next update comes out.

According to a press release, the “Fabius Maximus” update adds three new system features for players to try out. One of these comes in the form of new map settings that allow players to “control the amount of luxury and strategic resources placed on the map.” In addition, the patch implements a “random persona” option that randomizes the opponents that players can face, as well as color picker settings that lets players “adjust the color of the subtitles and the available empire colors, including presets for common forms of color blindness.” Alongside these additions, the patch incorporates several balance changes as well as mod.io support. Players can read more about that the bottom of this forum thread.

What about the live event?

As for the Día de los Muertos event, players can take part in it from today until November 30. Within that time, players can try and finish a series of Chapter challenges “to earn new Symbols, Decorations, and the Catrina avatar preset for [their] collection.”

Players will likely appreciate both the update and the Día de los Muertos event. They seem to add a great deal of value to Humankind, as well as thoroughly address many of the concerns players had over the gameplay. At the rate that these updates have been coming out, players should not be surprised if the next update ends up dropping shortly after the end of November.