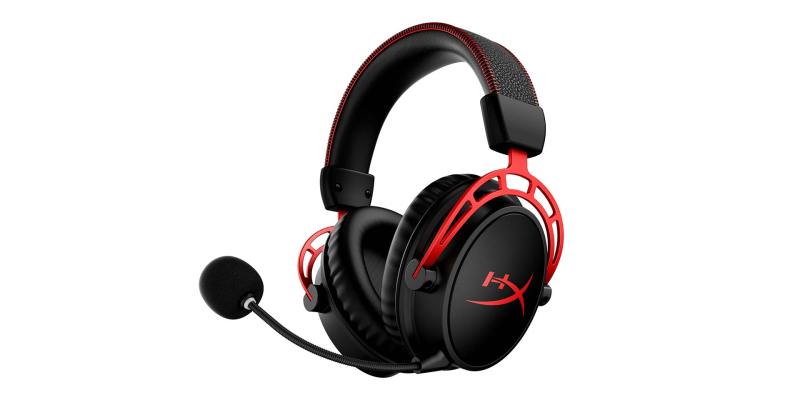 All of the upcoming products will release by early spring of this year with a couple different color options for each style. Here’s what we know so far.

The HyperX Cloud Alpha Wireless gaming headset looks to be the flagship of the bunch at $199.99 USD, due for release in February. HyperX noted in its press release that it’s now slimmer and lighter than the previous wired variant, but it still maintains a similar quality of sound and performance compared to the original wired version. While the differences are likely hard to notice on the high end of the audio spectrum, users might want to brace for some toned down bass in the wireless variant, as is typically the case with all wireless headsets. The freedom from cabling might just be worth it to you, though.

The company claims the headset offers up to 300 hours of battery life per charge at 50% volume. While this is impressive, and apparently confirmed by third party validation, we’re a little skeptical. Still, anything close to that number sounds more than impressive and certainly convenient. When you do need to charge, you’ll be able to plug it into a standard USB 2.0 port via the 0.5m cable and be back on full in 4.5 hours. The HyperX Cloud Alpha Wireless is advertised with a range of 20 meters and a total weight of 335g.

Changing up the volume is also easy with the integrated audio controls on one of the earcups. You’ll be able to hear the frequency response range of 15Hz-21kHz as you blast, race, or whatever it is you do when gaming. That’s a pretty decent range for wireless tech, but if you want to embrace your inner audiophile, there’s also the Cloud II. 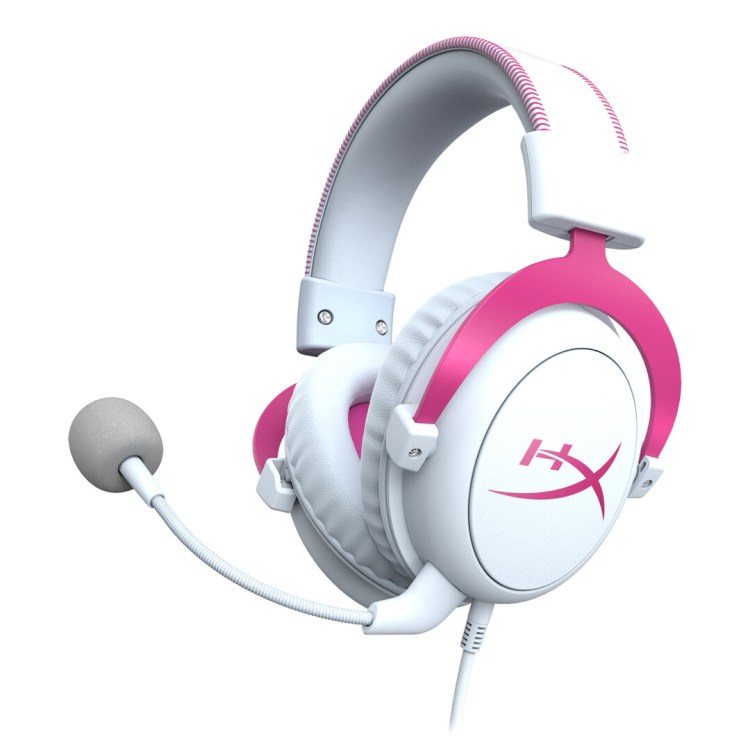 Yes, the Cloud II comes in white and pink for all you Chads out there.

As the premium wired headset option, the Cloud II features more powerful drivers that offer a frequency response range of 10 Hz – 23 kHz for better low and high pitches, plus 7.1 virtual surround sound that can be toggled on. It too comes with integrated audio controls on one of the earcups and an upgraded mic over the base Cloud Core model. This headset weighs in at 332g. Expect the Cloud II sometime in March at an MSRP of $99.99 USD.

Last is the Cloud Core which offers the lowest price point at $69.99 USD and it might just be one of the best new budget gaming headsets. With a frequency response range of 15 Hz – 21 kHz, it’s about what you’d expect for the money. It also comes with in-line audio controls (built into the cord) and weighs in at just 293g. While it doesn’t boast a long list of fancy features, it’s focus is on the core audio experience, hence the name. Expect the HyperX Cloud Core to go on sale this January.

There’s plenty more going on at CES 2022 this week. Check out the Omen desktops that HP, the parent company of HyperX, showed off today as well as what else is new from HyperX. Head over to our Hardware section for more coverage of CES 2022.

Death Stranding Director’s Cut is coming to PC this spring

By Kurt Perry60 mins ago
News