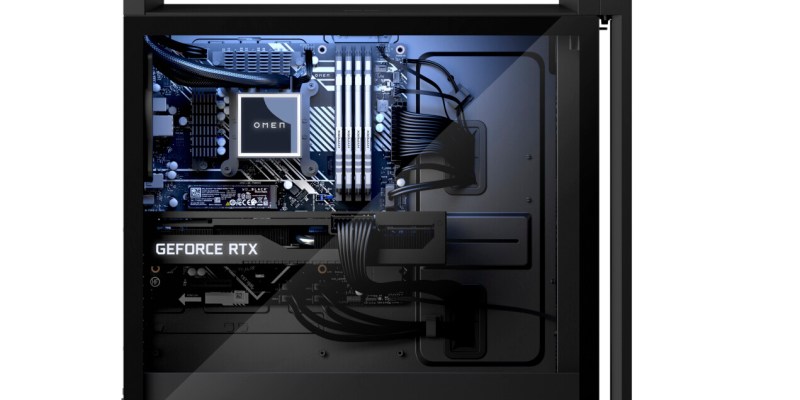 CES 2022 is officially underway, which means all of the tech and hardware companies are ready to show off the latest and greatest each has to offer. That includes HP, which has refreshed its Omen lineup of PC gaming desktops to offer additional form factors, price points, and performance. The HP Omen lineup will include new options such as the premier 45L, the condensed 40L, a refreshed 25L, and the small form factor Victus desktops.

Prebuilts that are going the right direction

HP notes that the Omen 45L desktop features a DIY style case for those who wish to upgrade the PC later. The Chassis features a toolless design for easy modification and has a few more interesting features to note. It sits on raised feet and has a separate ventilated chamber at the top for improved airflow to the CPU liquid cooler plus the standard triple fan design with a rear fan for additional heat extraction. Adding to the cooling formula is Shin-Etsu MicroSi Extreme Thermal Paste for the CPU, so HP sounds like it has the right idea for managing heat in this prebuilt and keeping it user friendly.

As for performance, the bulk of the component selections sound rock solid. The Hyper-X DDR4-3733 sounds like an interesting choice and we’re curious to see how the 12900K could perform if the motherboard supports XMP memory overclocking. You’ll also find WD Black SSD options available plus a variety of Cooler Master RGB fans which can be controlled via software.

We’re assuming the 45L only has one color option for now, which is black. Also known as any color you want. As long as it’s black. The 45L will be available at HP.com and Best Buy starting January 5 with pricing starting at $1,899.99 USD.

Of additional note, the Omen 40L will be available for those who want something with a shorter vertical profile. Details are limited at this time, but we know it will feature fewer fans and omit the “Cryo Chamber,” so heat management won’t be as good. 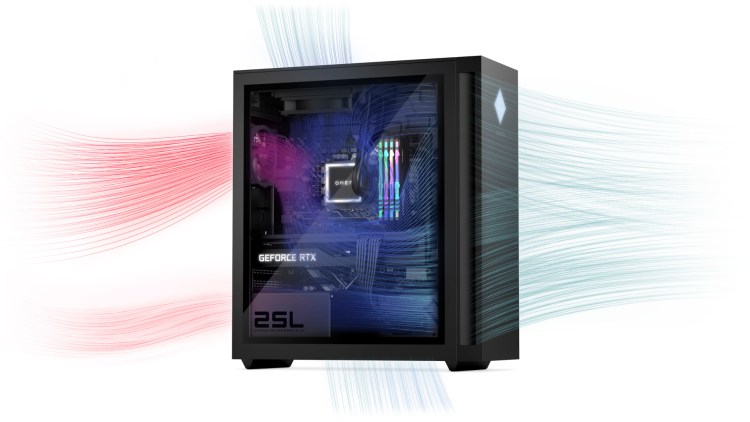 The existing HP Omen 25L will also receive a major refresh with the latest internal components, with various options also available. In its press release, HP noted that the refresh will also include an added 120mm front fan, plus the option to pick up the case in white. The 25L comes with a a tempered glass side panel and will be compatible with standard micro-ATX motherboards. All in all, this is a pretty straightforward prebuilt. Pricing has yet to be announced, but we will update this post if we receive an update in the near future.

Lastly there’s the Omen Victus 15L desktop from HP. The focus of this case is to be a small form factor, but it also features environmental friendliness elements if you’re into that. HP notes that post-consumer recycled plastic was used for the bezel, water-based paint is applied, and it’s rated by Energy Star. Aside from the feel good vibes of a green Earth, you’ll get the cool looks of the customizable RGB infinity mirror logo. Since we can’t see inside the Victus and options are limited, that’s really all we can say about the product for now. 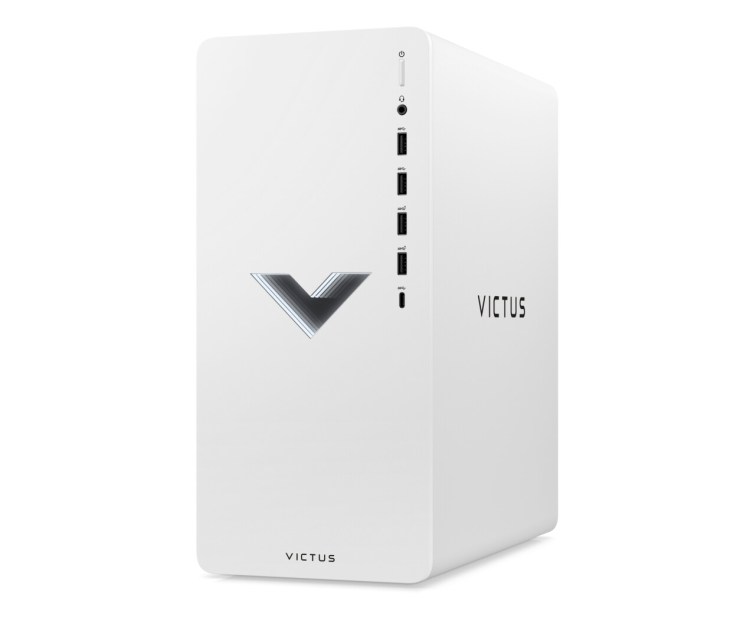 Sonic Frontiers was delayed to 2022 to ‘brush up the quality’