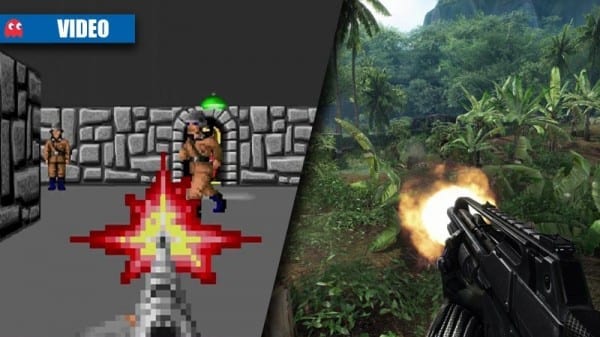 Yesterday, IGN published a fascinating article that asked a simple and yet almost impossible question. What will gaming be like in 20 years time?

The article is centered around last week’s DICE summit where each speaker addressed this question. IGN highlighted a conversation between the lead architect of the PS4, Mark Cerny, and the creator of classic games like Defender and Robotron 2084, Eugene Jarvis. Together the two discussed a wide range of topics such as the evolution of mobile gaming, virtual reality headsets and the cost of game development. Of course the two were only using their knowledge to have an educated guess, but the conversation gave us some great insight into the world of gaming and how it’s changing.

IGN writer, Andrew Goldfarb, felt so inspired by this he had another chat with Cerny as well as the developers who worked on great games like Gone Home, Tearaway and The Last of Us in a series of separate interviews during the summit. Topics covered in these interviews included the idea of games becoming too real, is it still possible to create new gaming genres? And will all games eventually be multiplayer?  This article should be a must read to anyone interested in games and I highly recommend you read it when you’ve got a spare moment.

All credit goes to IGN and the article’s author Andrew Goldfarb. You can read his piece here.

The Last Of Us: Left Behind, New Screenshots

The Evil Within dated for August