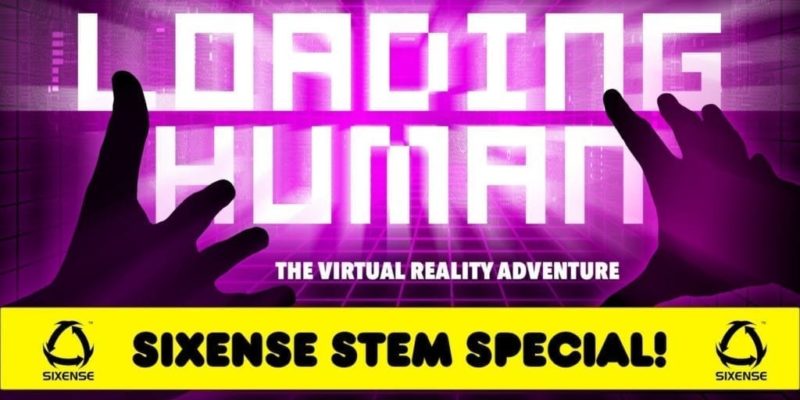 Untold Games’ and Sixense Entertainent Inc. have released a new video featuring Sixense’s STEM System in use with Loading Human, the virtual reality adventure game powered by groundbreaking controls and set in a thrilling sci-fi world.

The STEM System is a wireless, motion tracking platform for video games, offering full-body presence in virtual reality. It enables players to interact naturally and intuitively with games by tracking full position and orientation at all times, whether at the desktop or throughout the entire living room.

The new video from Untold Games demonstrates how this next big step in Sixense motion tracking technology has been applied to an early pre-Alpha build of Loading Human.

Loading Human is currently in development for PC and Mac, and has had its concept approved for PlayStation4’s “Project Morpheus” virtual reality system. A Kickstarter campaign was launched on 6 May 2014 to fund the completion of the first Chapter of a three-part saga, planned for release during Q1 2015.

Worms Battlegrounds Gets Launch Dates for PS4 and Xbox One