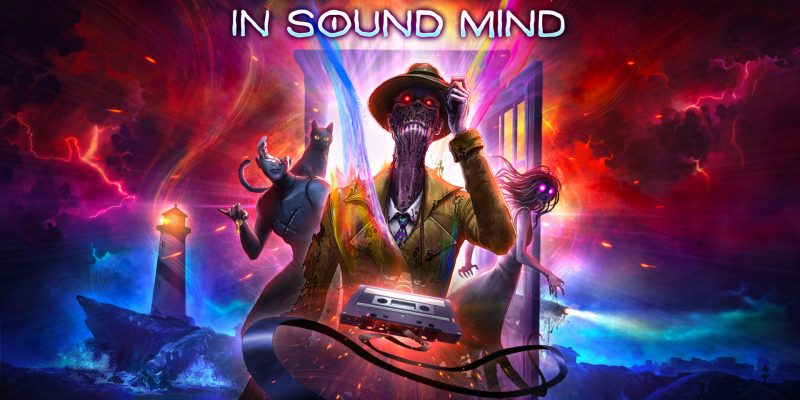 Last week we got a chance to see some brand new gameplay from the indie psychological horror game In Sound Mind. The game is being developed by We Create Stuff, who also worked on the Nightmare House source mod series. As we saw in our preview of In Sound Mind, this new title definitely takes inspiration from previous work, but expands upon it even further. The Living Tombstone will also provide music for the game. The group is probably best known for their songs based on the Five Nights at Freddy’s series.

A demo released a couple of months ago on Steam showing the basic premise of In Sound Mind. Players take the role of Desmond, a therapist in the small town of Milton Haven where the game takes place. Desmond awakes in a flooded building called “The Hub.” This is the aptly titled overworld of the game where players will spend a lot of time exploring. In the Hub, you will find cassette tapes from Desmond’s patients. This space is for the most part safe and where lots of puzzles will be solved. The lead producer of the game, as well as We Create Stuff’s co-owner, Ido, said that players can expect lots of puzzles in the style of classic Resident Evil. The franchise is a favorite among the development team.

Once players find these tapes, they will go to their office where Tania awaits. Tania is a snow white cat that watches over your office which you can interact with. Don’t worry everyone, you can indeed pet the cat. Once you insert these cassette tapes into the tape recorder you will be transported to a level based on the patient’s inner demons. This conceit lets Desmond travel to all sorts of different areas and locations. This also lets the developers craft whatever levels they desire without having to worry about logic or reasoning.

Are you afraid of the dark?

In the original demo, players travelled the mind of Virginia. The latest demo takes a look inside the psyche of a man named Alan. This level is much more open-ended than Virginia’s, taking place on a wide open beach at night. In the distance a lighthouse is visible with one red light peering into the dead of night. Each level contains its own special weapon or gimmick that helps Desmond reach the end. In Alan’s mind, he can pick up shards of glass to look behind him and see invisible spirits that are sneaking up behind him. These weapons can then be carried over into other tapes to further progress the story.

Each of the levels also represent each character’s fears and phobias. Alan is scared of the dark, so Desmond’s goal is to return light to the lighthouse. You can also hear Alan talking about his life, fears, and anxieties while playing the level. It all provides context for the player on the state of his fractured psyche. Patients themselves can even manifest in the level as antagonistic forces in Desmond’s way. Alan himself eventually appears on the beach as a creature called “The Shade.” This amorphous black blob emerges from the ground and swallows whatever it comes in contact with, which includes Desmond if he is not careful.

Desmond can use this to his advantage however. At several different points in the level Desmond is blocked by obstacles in his way. By luring the Shade over and getting out of the way, he can let the Shade absorb the object and proceed down the path. We didn’t get to see the end of Alan’s level, but what we did see provides a very good basis for what players can expect from the rest of the game. The game will also feature some light platforming among other wrinkles in the moment to moment gameplay. One thing Ido stressed was that the development team didn’t want to create fear or tension by taking control away from the player. Much to their source engine roots, the player is in control of their actions most of the time. Very similar to how Gordon Freeman played in the Half-Life games. 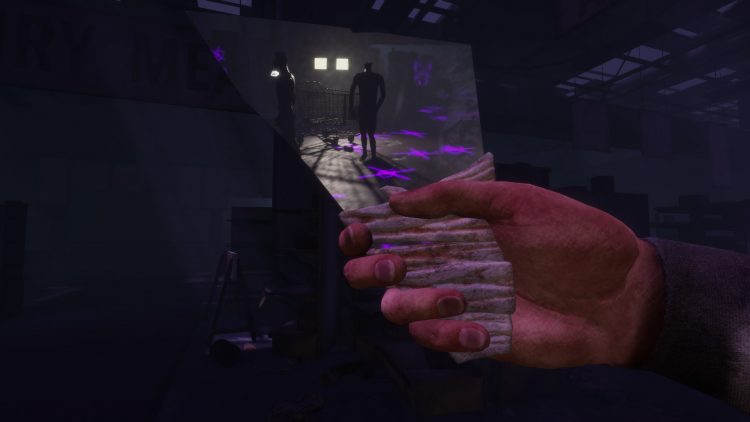 The freedom of fear

The team wants to create what they call a “fun horror game,” where the player still feels frightened and full of tension and dread, but still very much in control of their own actions. Desmond’s ultimate goal is to find out why he is in the Hub, how he got there, and how everything connects to his many troubled patients. Along the way though, Desmond will be hunted by a mysterious zombie-like creature. The same dapper looking chap featured in the game’s main key art. This creature will follow you throughout all of the tapes like a dimension hopping Nemesis. We Create Stuff hopes that this will provide the mix of fear and freedom they are aiming for.

We also got to see little snippets of other areas from the game like a shipping yard at sunset and a forest in the rain. I asked Ido what research the team did when looking into representing the different phobias Desmond’s patients experience. Ido said that they did consult with a professional psychiatrist and did plenty of research on their own as well. However, he wanted to stress that the focus is not so much on the patient’s individual conditions, but on how they factor into the overall story of the game.

Ido also said that tapes are found in a linear path during the game, but levels can be revisited to find collectibles that may have been missed the first time around. However don’t expect Metroid style backtracking using new weapons from other tapes to unlock new areas. In Sound Mind is much more about its overall story and narrative. We Create Stuff wants the player to focus more on looking forward rather than looking back. 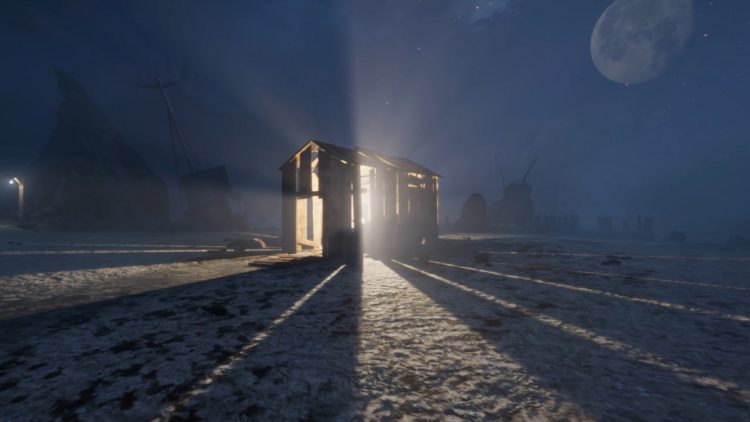 A walk in someone else’s mind

Ido also mentioned that Desmond became more of an active protagonist during development. He became less of a Gordon Freeman and more of an Isaac Clarke, which is an interesting look into how development of the game itself shifted over time. You can check out the demo right now on Steam as In Sound Mind gears up for release later this year.

By Steve Clist18 hours ago
Features