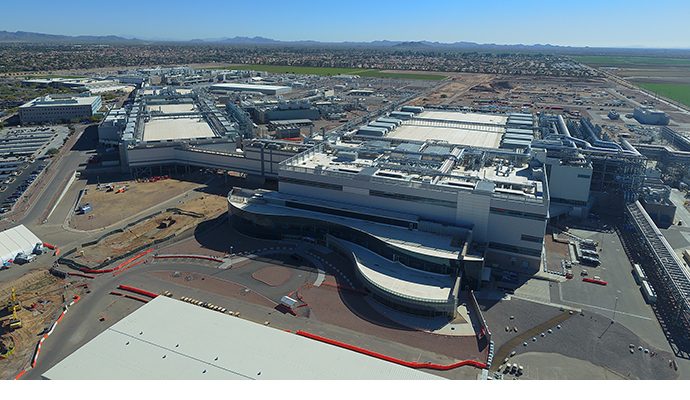 Intel held a press event today to pat its partners on the back and discuss a variety of topics relevant to its business model and products along the way. Among the announcements was a formal affirmation that the company’s 7nm EUV process is on track and will be utilized to manufacture Intel products by 2023. Those who keep up with what’s next have likely heard of Meteor Lake rumors by now and we’re able to confirm the architecture will arrive on schedule.

Intel CEO Pat Gelsinger seems very confident in the company’s progress. He explained that his confidence stems from the numerous “deep dives” he’s done into the development process. According to Gelsinger, the previous issues have been resolved thanks to Intel’s improved understanding of EUV. The company now has a refined, simplified process methodology and expects to ship volume and aggressively expand its fabs to attain process leadership.

A new era of computing?

This is a lot of bold talk from a company that’s about to release a boring refresh of desktop CPUs, but we’ve seen miracles from AMD’s new CEO. Perhaps Intel will set the ship right in the next couple of years with Gelsinger now at the helm. A lot of criticisms were thrown upon previous Intel CEOs Bob Swan and Brian Krzanich for failure to deliver 10nm products after nearly five years of delays. However, investors seem very confident in the new CEO. Gelsinger has been with Intel for decades and is respected as an engineer and businessman in the semi-conductor industry. 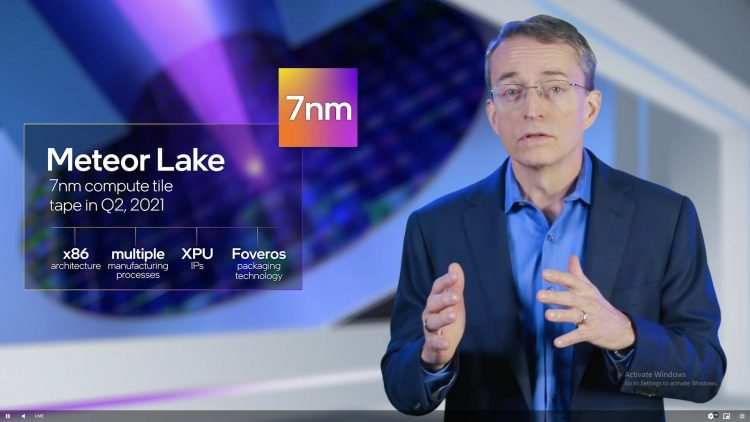 Gelsinger describes completing aspects of the Meteor Lake design process this year. Hold your horses though, it’s not ready for production.

What this all ultimately means is that the CPU space could thrive over the next short few years. After all, 10nm Alder Lake products will arrive later this year and are promised to offer a huge leap in overall performance. High-refresh gaming and livestreaming while gaming should become easy tasks for even just midrange chips. If 7nm Intel CPUs do arrive by 2023, we will indeed have a lot of performance on our hands for gaming. We might finally see some real gameplay innovation as the capabilities of processors expand rapidly.

Gelsinger also revealed a data center-oriented Xe GPU codenamed Ponte Vecchio. Our initial impressions were that it would finally show off its DG2 gaming-capable GPUs today, as there have been several recent teases. Unfortunately, no such news came. We’re still holding out hope for a reveal in the near future, but we only expect another teaser or a basic reveal. This is not to be confused with any imminent release, as disappointing as that is to say right now.