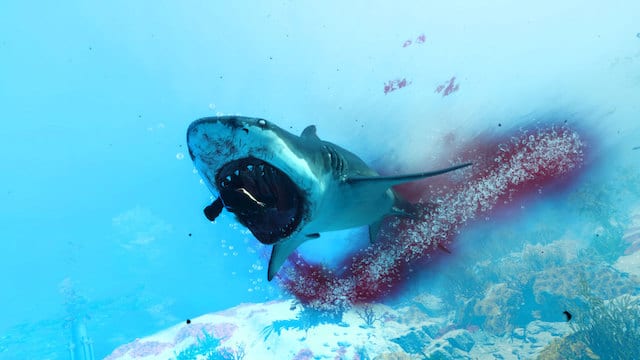 Last week, we posted our initial impressions of Maneater, Tripwire Interactive’s “shark-PG.” The game puts you in control of a monster of the deep as it chows down on sea life and humans alike, all while evolving to new levels. To get a better idea of what the team is putting into the game, PCI spoke with Tripwire president and CEO John Gibson. He broke down what fans can expect — and how actor Chris Parnell fits into the whole shark-game project.

The humble origins of the Maneater

PC Invasion: So, did you guys think, “Well, you know what would be a great game? If we had a shark that could eat anywhere.” How did the idea of Maneater come up in the first place?

John Gibson: So, we’ve worked with Alex Quick, who’s now with Blindside Interactive, over the years. A couple of times we worked with him on Killing Floor, and then he went off and made a shark versus humans multiplayer game called Depth. After that, he really wanted to make something that was single-player oriented. He had all these shark assets, and he started making what would become Maneater. He came to us and said, “Hey, do you want to publish this?” And we’re like, “Okay, a shark game sounds really cool, but it’s probably going to be a gimmick.”

But then we played it. I said, “Wow, this is really fun. Yes, we’ll publish your game.” So we worked with them for a while, and in 2018 we revealed the game at E3, and the Internet exploded. And we had no idea what kind of enthusiastic feedback we’d be getting from the press and from fans. We also very quickly realized that it was going to take a larger team than (the initial) five or six people to reach the expectations and potential the game had.

So we asked the team at Blindside, “Hey, would you like to sell the IP to us? We’ll give you a great role to rate and we’ll work together with you. We’ll throw 50 people on this and we’ll help it meet its potential.”

We know they would’ve made a really great game, but with us being able to put the full force of our team behind it, well… you’ve played it. 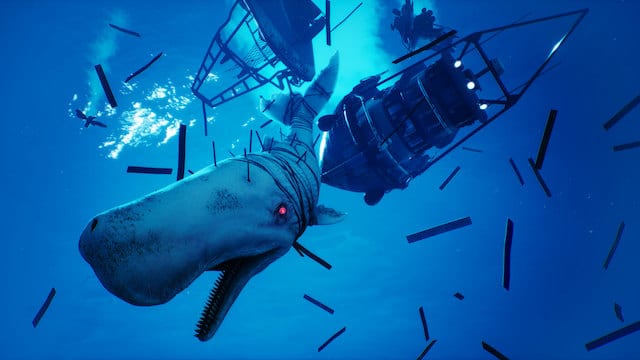 Blood in the water

PCI: It’s not often you see a shark game. The only ones we can really recall at this moment are Jaws Unleashed from the PlayStation 2 era 15 years ago; and then there was that mobile game by Ubisoft, Hungry Shark World. But with Maneater, the ability to actually play a shark really opens up. You’re actually able to do so much. Activate sonar and pursue targets on land. Evolve your shark with electric powers. You weren’t entirely going for all that realism, but rather going over what would happen if a shark got super shielding and did this and did that.

John: It’s like a super shark. We started out with a kind of a realistic base to set a baseline. And then we said, “What would be really fun to do with the shark?” And then we took that just to extreme levels. “Hey, what if you could level up your shark and spend more time out of the water? What if you could put on bone armor and smash through the holes of boats, or electric shock and shock a bunch of enemies and take them down?”

I think just being able to evolve the game and play like that in an open world is great. It’s one thing to have areas divided up, but you could actually swim through tunnels. You can jump over fences, break through certain barriers, and the next thing you know, you’re in a whole different area.

John: Yeah. Thank you. We really wanted to have a diverse environment, but also have exploration be a big part of the game. So, breaking through those walls, going through tunnels, jumping over things, and then putting rewards out there for people to do that. You can find evolutions in those hidden caves and put things on your shark and make it more powerful.

PCI: On top of that, there’s also a great story here. You actually get pitted against this master hunter who captures a mega shark you play as in the beginning. Then you have to go all the way back with a weaker shark and evolve.

John: That’s right. You start out actually as an elder shark, and we really wanted the player to experience right out of the gate what it’s like to have this power fantasy of the powerful shark, but also get to be the experience of knowing the fear of being that baby shark and running into an alligator that you may have to run away from.

Or maybe if you’re really tactical, you can take it out and then it grows. Then, later, return to take on that alligator.

We’ve had a lot of fun creating the story for Maneater and giving it really that Gulf area flare. Then we introduce Scaly Pete, this Cajun-style hunter. You eventually find that he’s really an interesting character and not just evil for evil’s sake. 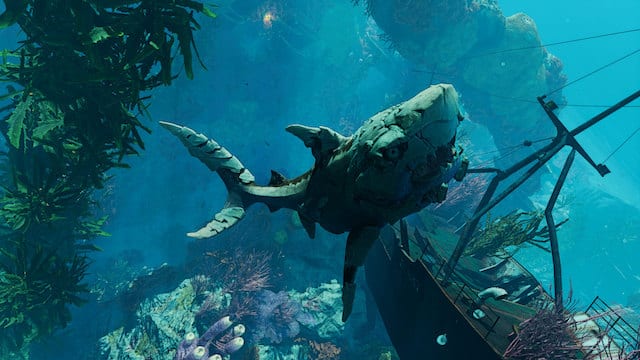 PCI: He’s actually driven because of, “Oh, yeah, this is what I do.” But by the same token, you hate him for what he does in the beginning of the game.

John: Yeah. And of course, he’s not too happy about having his hand bitten off and he’s got some other, deeper motivations as well.

Beautiful physics for a bloody game

PCI: Then there are the physics. It’s really great how you get the physics down. Not only that, but the water. Like when your fin goes like right above the water, you could see that little divide that goes behind it. It’s really impressive.

John: Oh, thank you. Yeah. That was one of the things that we knew that we had to get right. If you make a game about water, the water has to look right. And honestly, a lot of work went into making that water part as the shark fin goes through it, having the foam come out behind the shark and how things move. When a shark rams it? How does a boat move when a small shark jumps on the top of it? Or when a giant shark jumps on top of it?

When you’re chewing up a body, you’d be like: “What kind of pieces come off when you’re chewing like this? This tourist, yes.” All sorts of research. “Go get us some parts, we want to see how this is done. Um, no, it’s, it’s really cool.”

PCI: The narrator in the game is actually Chris Parnell of 30 Rock and Rick and Morty fame. How did you go about convincing Chris to join the project? And with smooth delivery while sharks destroy everything?

John: We shared the idea with Chris. We gave some examples, and he loved the idea, just right out of the box. Like, “Wow, crazy stuff is going on in the background and I get to talk about that.” It’s mood. He is so great at playing something so funny in a straight way that just makes you chuckle inside and sometimes on the outside. It really worked out. He jumped on it, we jumped on it and said, “Let’s do this.” 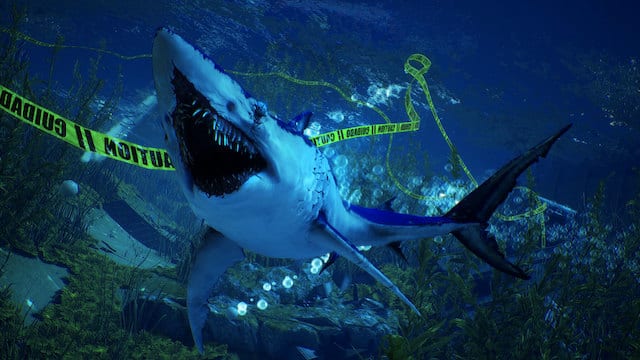 PCI: The idea of creating all kinds of carnage above and below the water kind of makes me wonder, like, if Maneater‘s a hit, would you want to talk to Alex about maybe trying to add a multiplayer mode, like sharks versus hunters or something? Maybe later on?

John: So, uh, if the game is a hit, there’s a lot of exciting places that we can take this. Imagine sharks versus sharks. That would be wild.

PCI: Have you guys considered talking about this game with the right sponsorship? Maybe during Shark Week on Discovery?

John: I like the idea. We’ll see where that goes. Call me, Discovery (laughs). Get the Baby Shark song going, dude.

Thanks to John for taking the time to chat with us! Maneater launches on May 22 for PC, and you can pre-order it on the Epic Games Store now.

By Jason Rodriguez5 days ago
Interviews