Grand ideas are one thing, execution is another. Sometimes they can co-exist; the Great Wall of China, Machu Picchu, the internet and man landing on the moon, for example. At other times, the idea proves too much and the final product is lacking; Disney’s John Carter, the DeLorean, New Coke and the McDonald’s pizza.

Unfortunately, you can add Inversion to that second list. You can add a good few games to that list, but Inversion will be somewhere near the top of the heap.

The premise for Saber Interactive’s Inversion involves a plethora of tried and tested science fiction clichés and ideas that have proven successful with countless movies, games, novels and plays. Futuristic weaponry, the enslavement of the human race, the ability to control gravity, a hero looking for his kid, a seemingly all-powerful and previously unknown enemy, the breakdown of society, it’s all here. As far as elements to wield and components to glue go, Inversion has a lot to work with. 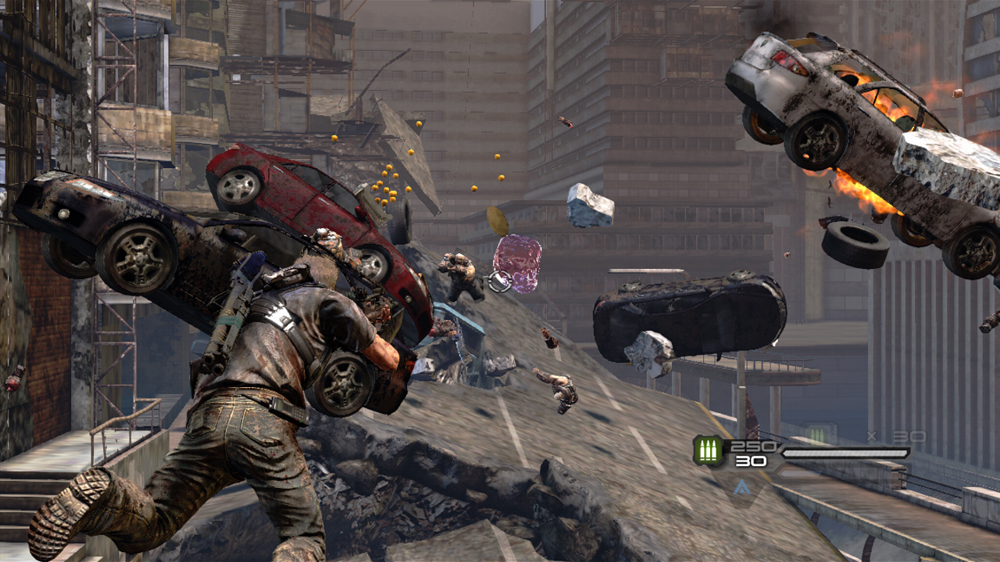 But it is lacking in execution and, this being a cover-based third-person shooter at heart, there’s no excuse for getting a genre that it so heavily that’s so common so badly wrong. Despite the muscle-bound heroes and villains, the blades on the guns and the brawn-over-function armour, I’ll do my best to refrain from explicitly mentioning another (better) third-person shooter.

The main problem with Inversion is that its pacing, specifically how it withholds items and ideas from you, is terrible. Everything in this game revolves around the ability to manipulate gravity, but not until the game’s final moments are you given free reign over the ‘Gravlink’ tool. Able to increase or decrease the power of gravity in a localised area, the Gravlink enables you to pull enemies into the air, crush them into the ground, pick up and throw objects and alter certain (tightly controlled) bigger elements of the scenery.

It’s a shame that the Gravlink’s potential is limited for so long because when you’re lifting enemies out of cover, slamming them back into the ground and firing an explosive barrel at the stragglers things are a lot of fun. If only you didn’t have to sift through hours of some of the most mundane, predictable and lacklustre gameplay you could hope for from this genre.

Food for thought, but if Saber Interactive can take the Gravity Gun-esque Gravlink (or some other developer can steal the idea) and incorporate it into a game with greater scope and a less-linear approach it could become an absolutely classic bit of kit. Within the confines of a corridor-to-courtyard-to-corridor cover-based shooter, though, it feels under-used and somewhat of a fancy gimmick whose primary job is to look good in trailers. 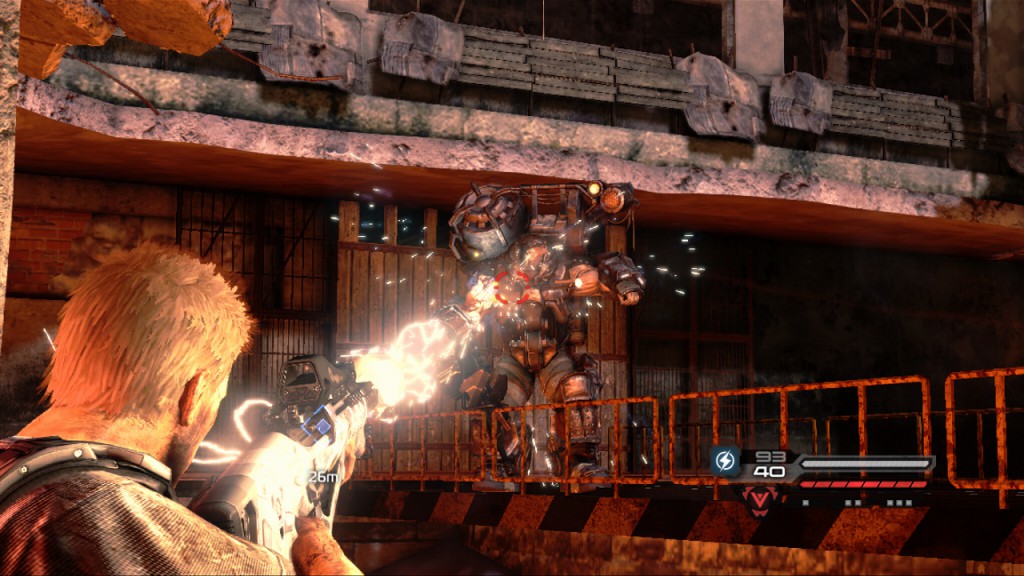 It’s the level design that lets Inversion down because, technically, all the ones and zeros are in order. Visually it’s mostly nice (if mind-numbingly generic), the physics system works as you’d expect and is mostly intriguing and there’s not a moment of slow-down despite scenes in which buildings collapse, gravity is warped and all manner of characters are running around chaotically.

All of this is funnelled and (presumably) focus-tested into something much too cramped and confined for comfort. The technology that Saber has created is not put to any real strain and you get the feeling that the real passion for this project died as soon as the engine was created. There are few (if any) examples as vivid as this one when it comes to brilliance under the hood being ruined by covering it with hideous bodywork.

You might remember my review of Spec Ops: The Line a couple of weeks ago, a game that suffered from generic gameplay but saved itself thanks to its compelling storyline. Inversion‘s story does not induce the same positive reaction. Frankly, it’s absolute garbage. Sci-fi of the worst and lowest order, occupying the awkward position between attempted insight and comedy. 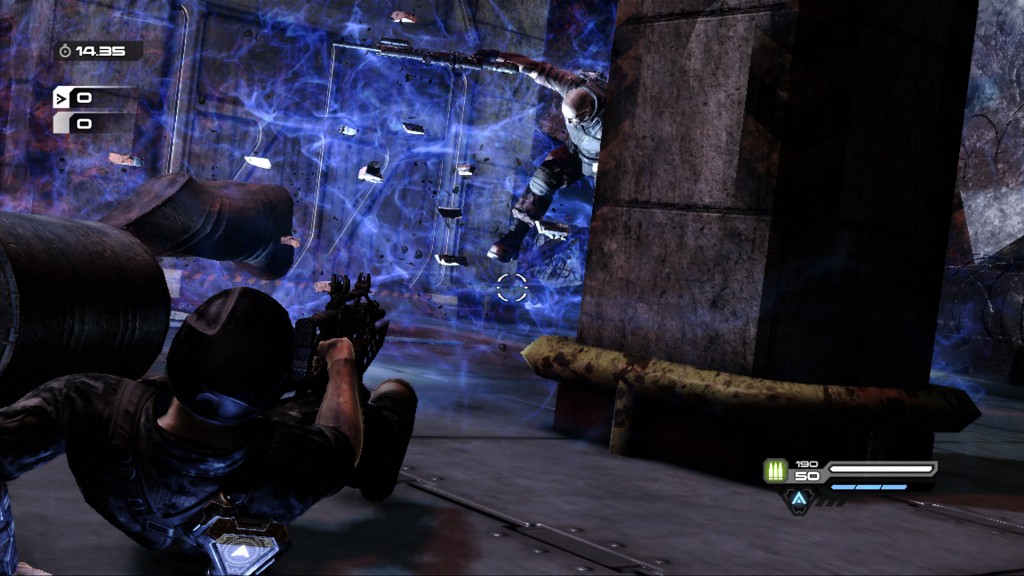 Multiplayer fares somewhat better thanks to being less controlled than the campaign. King of Gravity is the highlight, giving a single player the Gravlink and tasking the rest to wrestle it from them. The mode forces you to think quickly (and often outside of the box) about how the tool can be used and, if nothing else, highlights just how much of a missed opportunity the single player is. The same can be said for the other multiplayer modes, which includes (surprisingly) deathmatch and the now standard Horde rip-off.

Despite the online component being more engrossing than the offline options, there is a major problem with it. Namely, no one is playing it. A real killer when it comes to building a long-lasting online community. Inversion released this past week in theUK, it got to number 50 in the chart… you do the math.

Inversion is a missed opportunity, then. Some good tech has been utterly wasted on by-the-numbers design and a crippling reluctance to take risks or even make the most of what the engine can offer. Clearly, some very talented people were involved in Inversion’s creation and that’s probably the saddest thing of all.

Wrestle with this Steve Austin special edition of WWE ’13

Battlefield 4 is real and probably planned for next-gen