A set of 90’s computer games are making a comeback thanks to GOG. They’re also completely free.

Jill of the Jungle made its debut back in 1992, and for many PC gamers, this was one of the earlier titles they recall playing. Epic MegaGames was behind these games, but you’d probably know them better by their newer name and latest success: Epic Games. Yes, the creators of Fortnite. It’s kind of amazing to look back, see this early Epic Games title, and then consider how far they’ve come since.

For those interested in revisiting this platforming classic, head on over to GOG. You simply need to add it to your cart and then download it. This collection includes all three games: Jill of the Jungle, Jill Goes Underground, and Jill Saves the Prince. As of writing, GOG has not yet stated how long these games will be free, so make sure to grab them now if you want them. Although the graphics are dated, they should still make for a fun time. 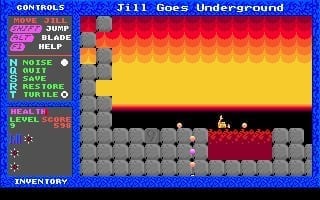 Even after all these years, swinging through the jungle is still a lot of fun. The first game sees you play through 15 levels, and the difficulty increases as you progress. In the sequel Jill Goes Underground, you have 20 levels to play through. And the final part, Jill Saves the Prince, includes 15 levels. That is a decent amount of content for free. Before GOG’s official release of this game, players had to find alternative ways to play it. Now, thanks to them, the games can be played easily and legally. 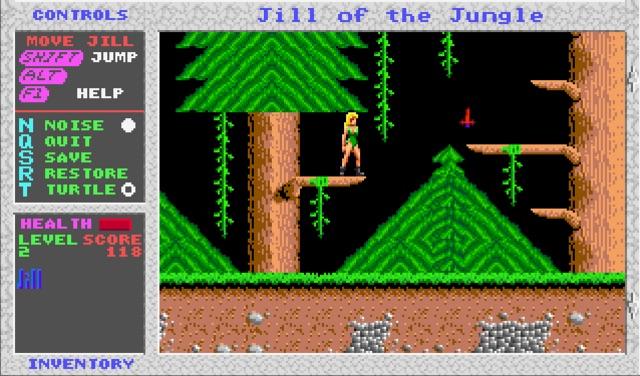 She’s beautiful. She’s brave. She knows her way around a jungle. She is fighting the most difficult battle of her life.

Fortunately, Jill is a tough lady. She can run, jump, and skillfully use her knife and spinning blade. Want to really trick Jill’s opponents? Find the magical icons, and Jill will transform into a flaming bird, a leaping frog, or even better, a fish who can shoot bullets! Even though Jill is prepared for the dangers of the jungle, helping her complete her mission will not be easy. Do you have the courage to help her?

Save Me Mr Tako Review – Sort of Worth Saving

Fortnite And The NFL Team Up For Exclusive Skins