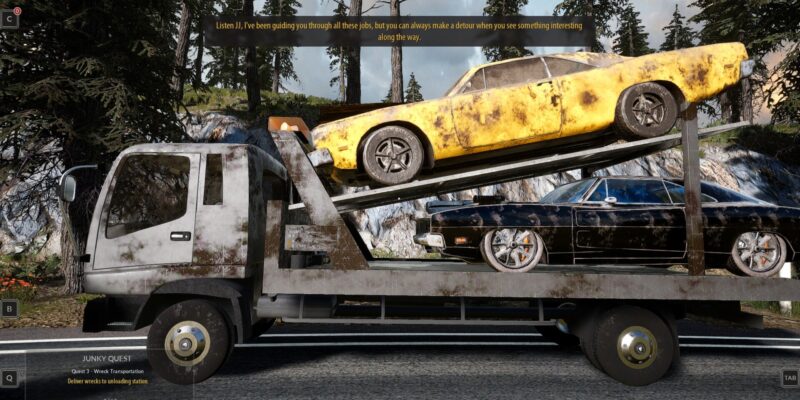 A lot of questions jumped into my mind when I first heard about Junkyard Simulator. Most simulator games are very focused and specific, but this one seemed broad. After putting several hours into it, I think it may be too broad, although a lot of what it does is undeniably interesting. The game enters Early Access today and it’s supposed to stay that way for up to a year. Interestingly enough, this is already mostly a complete game, as the campaign is fully finishable, even if more features are still to come. But the question stands: is Junkyard Simulator worth it in Early Access?

Junkyard Simulator starts with the longest tutorial I’ve ever seen. This is not hyperbole. The tutorial lasts for literal hours. That’s how dense this game is with mechanics. I assumed the game would be about running a junkyard, and it is, sort of? It’s about a lot of things. The tutorial is messy and honestly doesn’t do that great of a job explaining things. Your first order of business is to lift a wrecked car with a magnet, cube it, and then drop the cube into a scrapper so you can sell said scrap.

You have vehicles by default, including a pickup truck and tow truck, that you can teleport to your location as long as there’s room. Junkyard Simulator has an open world, because of course it does. You can traverse it, loading up to two wrecks onto your truck before bringing them back and cubing them. Using the crane is awkward and kind of confusing, but it’s functional.  Then you go to a different location and restore items. We’re talking putting an item down, cleaning it, buffing it, painting it, the whole nine yards. You then sell the items once you’re done, unless you’re restoring an entire car. Restoration items can be found in the world itself too. 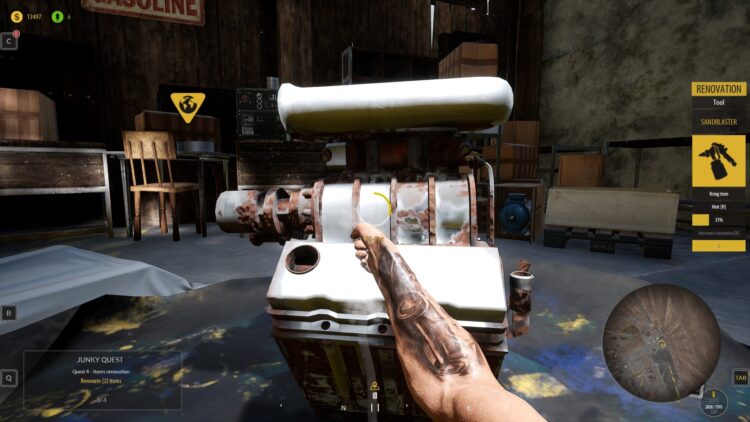 Then, Junkyard Simulator throws a curveball and tasks you with dismantling an entire car piece-by-piece. You have to dismantle the pieces in order and the hint button showing you what’s next only works occasionally, so this took me a very long time. Then you restore multiple parts of the car, order new ones, and then add it to your garage. No, you don’t get to put the car back together yourself. It’s weird. I’d like to mention that I’m still describing the tutorial here.

What do you really do in the game, though? Well, you drive around looking for wrecks to pick up, scrap to add to your inventory, and you do quests. The tutorial took me to a junkyard on the opposite side of the game’s world via fast traveling, only for me to realize that I couldn’t fast travel back, as I didn’t see any fast travel locations in this area. You can just get in a car and drive back to your place, but the open world is off. It’s oddly laid out and the way vehicles interact with it is strange.

For one thing, there’s no logical road system at work here. The landmass itself feels disconnected and haphazard. It kind of reminded me of The Milkman Conspiracy from Psychonauts. The roads just don’t seem well connected to each other, so getting between places is strangely cumbersome. Some roads have such steep inclines that they’re really hard to drive on too, as my truck would take a while just to make the climb. On top of that, car controls are also a bit wonky. The camera is especially stiff and unresponsive, which can make driving the cars a pain. 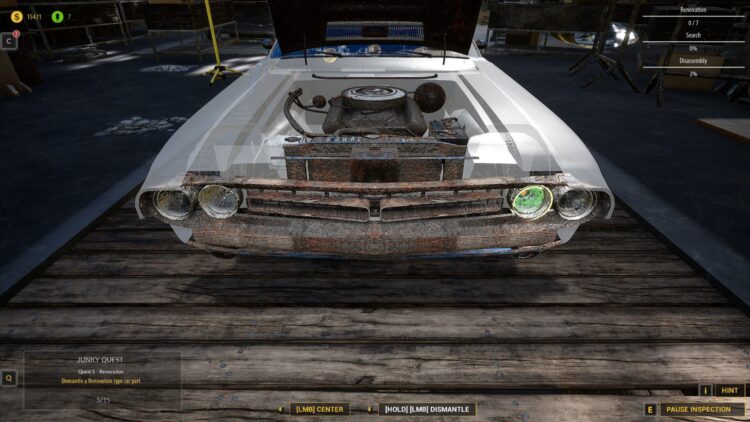 After doing all of the above for hours, I’m still not sure about all of what I can do. I can manually take scrap to a cage that lets me sell it on the scrap market, but Junkyard Simulator didn’t tell me where this was. Maybe it gets to it later, but I played for nearly four hours. I’m not sure how to take a car for dismantling and remodeling versus just junking it either. I also repeatedly ran into a bug where I couldn’t move my character, requiring me to go back to the menu and reload the game.

Out in the world, you can find scrap all over the place. There are scrap piles that resupply, you can find scrap in trunks, and you can find engines in wrecks. There are also minigames that you can take part in, such as throwing a ball at stacked cans to knock them over. There are even NPCs that you can talk to that offer quests, but I’m pretty sure you can only take on one at a time. Strangely, you can only have four items in your inventory to start with, which is strangely limited. However, you can summon a cart to you at pretty much all times, so I guess that’s not that big of a deal.

For the most part, I’m confused by Junkyard Simulator. It’s got so many ideas and none of them seem particularly focused. I do find myself having fun a good amount of the time, though. There’s some neat stuff here, and I enjoy the goofy charm. Yeah, this is one goofy game. The graphics mostly look good in that “all the textures are high res but things look kind of cheap regardless” way that we see in games like this. 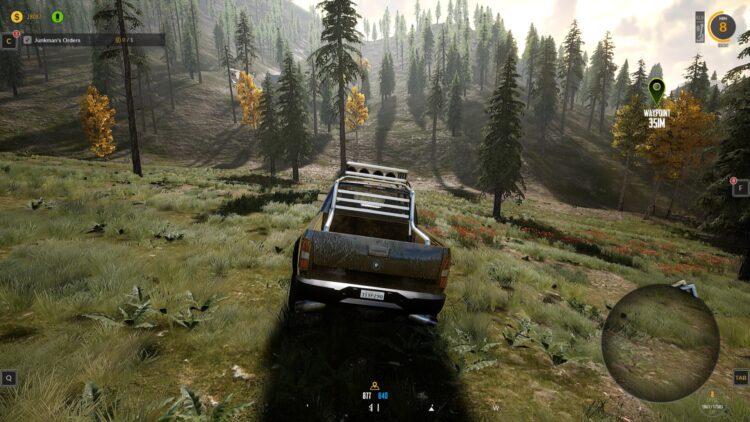 Performance is dreadful, though. I was often chugging along at 30 fps on a midline card, but that’s another thing I expect from simulator games. Overall, I honestly like a lot of what’s here, but so much of it is off-kilter. Playing it is almost surreal. As for whether Junkyard Simulator is worth it right now, that really depends on you. If you want to play a strange open-world game where you struggle to make sense of everything while trying to navigate its weird areas while making money via strange tasks, then there’s plenty of content and surprising ideas here. But, the game is deeply in need of additional focus and a ton of polish, which I’m hoping will come over the next year.