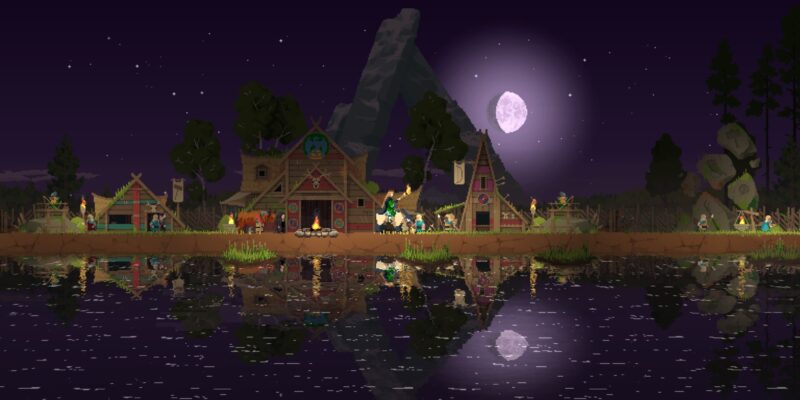 It’s been a year and a half since Kingdom Two Crowns got a new biome. Dead Lands was released for free in April of last year, and that followed on from the previous free biome. Now, fans have a whole new biome to dig into, as Norse Lands joins the rest of the campaigns. However, don’t go thinking this is some major, transformative DLC. It costs $6.99 USD and is mostly comparable to the previous two, so it’s more of a “support the devs” DLC. At the very least, the price helps with that. But, the question stands: is Kingdom Two Crowns: Norse Lands worth it?

In case it isn’t already painfully obvious, Norse Lands is inspired by the Norsemen and their myths. In this case, it’s represented in the architecture, mounts, and overall aesthetic. As such, this DLC is specifically meant for fans that want to keep playing a game they love with a slightly different coat of paint. Shortly after beginning a Norse Lands campaign, I noticed the more rustic, jagged characteristics of the architecture. Instead of the walls from the base campaign, sharp pieces of wood are left to fend off attackers. Your headquarters starts as a flimsy tent and becomes a longhouse in short order.

Similarly, instead of finding a stone mine on the second island to build better structures, you put together a logging camp. Obviously, this isn’t the only biome to have this, but it makes sense, considering. As you must have already expected, the boat becomes a longboat, complete with shields on the side. I like the aesthetic changes that Norse Lands brings to the table, even if they aren’t as overt as, say, Dead Lands. Even monarchs look a bit different. I’m fairly certain the default mount has more stamina as well, although I may be mistaken. 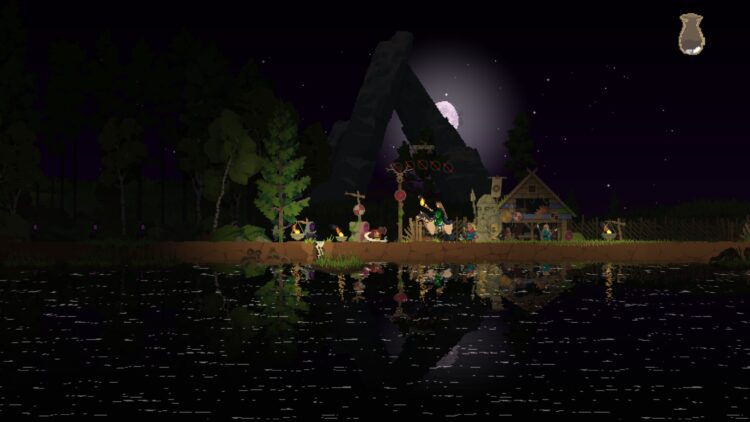 A Norse is a Norse

Of course, there are differences. When filling out your camp, you’ll be able to outfit your subjects with shields. Once you do so, you can pay a single coin to a giant head directly next to the shield tent, to have your shieldbearers form a wall to stand up against Greed attacks. It’s quite handy for last-ditch efforts to prop up failing walls. As the townsfolk are Norsemen, they’ll also now pitch in to help fight the greed. Even new recruits that haven’t been given tools yet have weapons, giving them a bit of combat efficiency which can help out.

Finally, there’s a new type of Greed called the Crusher, which has a tough shell that you’ll need to break through. To help with this, you can make Berserkers if you’d like to have some bloodlust on your side. There are also seven new mounts, including an eight-legged horse and a cart pulled by giant cats. Gotta love Norse mythology. If you’re a Kingdom Two Crowns player that wants a bit of a change, Norse Lands is worth it. The low-ish price helps make this more tempting, but I can see some taking issue with it. The only really problematic thing here is that it doesn’t add a fourth save slot, despite being the fourth biome. Returning players almost certainly have a biome in each of the three available save slots, so this is a bit of a puzzling misstep that will hopefully be alleviated soon. 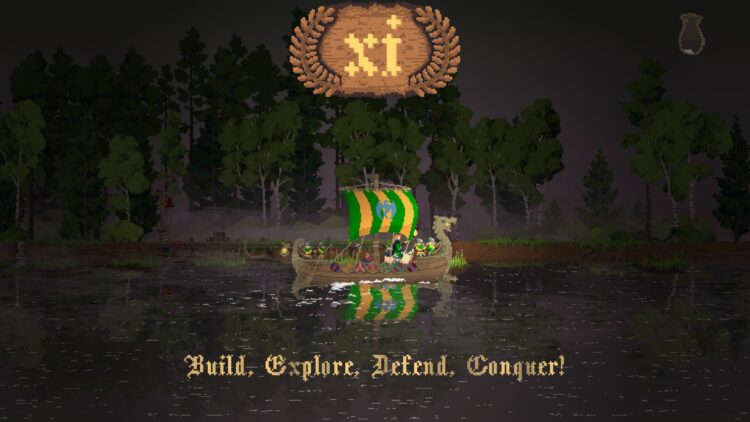