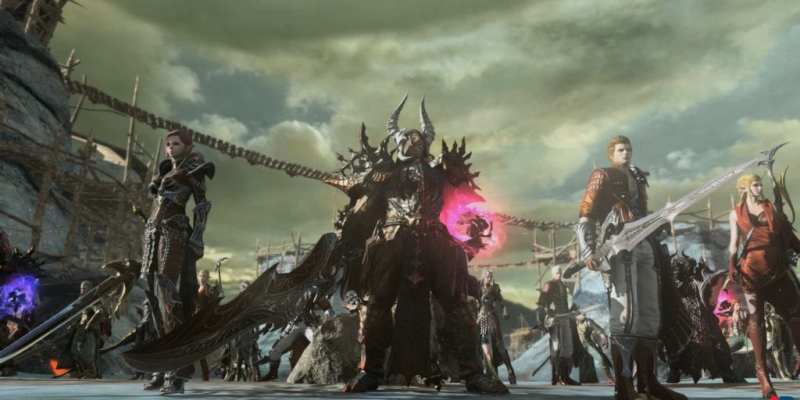 After confirming a western release last month, publisher Gameforge has announced that its MMORPG/RTS hybrid Kingdom Under Fire 2 will be heading to PCs in November 2019. A long-awaited entry in the Kingdom Under Fire series (with an announcement dating back to 2008 and Russian beta happening a few years back), this will be the first time the game is getting an official English release.

In a press release, Gameforge lead project manager Noemi Feller said, “Kingdom Under Fire 2 will offer an accessible and dynamic experience for many types of players. It will have higher drop rates and a more traditional RPG-centric gameplay balancing than found in many F2P titles, which we know some fans of the genre prefer… We look forward to introducing this long-awaited addition to the franchise to western markets this November.”

Confirming multiple editions of the game, Feller also stated that microtransactions available in-game will be of the cosmetic variety. There will not be any pay-to-win mechanics, at least not yet. When the title does launch, players will be able to select from the “Hero Package” for $29.99, the “Emperor Package” for $49.99, or the “War God Package” for $99.99. Preorders are currently available on the game’s official website with exclusive content available for reserving a copy.

It’s very surreal, to me, to see the name Kingdom Under Fire 2 again. While I’ve not extensively followed the coverage of the foreign releases, I do faintly remember hearing about it a decade ago. It’s so bizarre how 2019 has given us the announcement of not only Phantasy Star Online 2 finally heading west, but another oft-requested MMO. It seems that with enough begging and pleading, almost anything can happen nowadays. I know people decry the rise of digital distribution and all that jazz, but I’m so happy fan-pleasing moments like this can now exist in the games industry because of it.

Contest: Win a Quantic Dream bundle, including Beyond: Two Souls and Heavy Rain