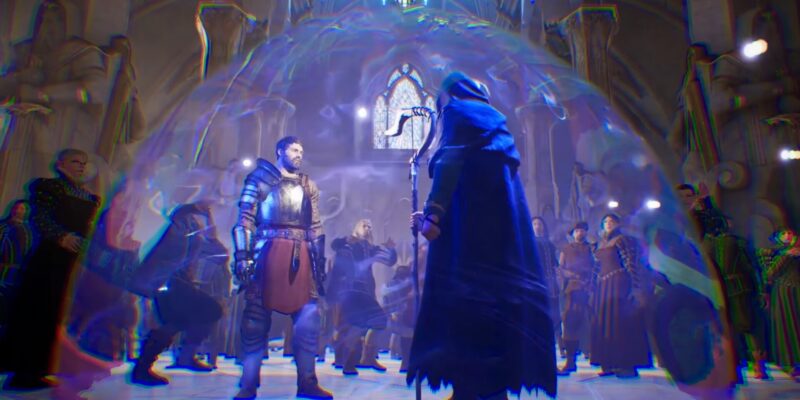 The first King’s Bounty game came out in 1990. Considered highly influential, it took a while until fans saw another offering with King’s Bounty: The Legend in 2008. This would be the precursor to a spinoff series, one that had several titles like Armored Princess and Crossworlds. That’s why the numbering might be odd since we’re about to see the release of King’s Bounty II.

When Tim McDonald interviewed Nikolay Baryshniko, CEO of 1C Entertainment, the studio considered King’s Bounty II as a means of going back to the series’ roots. Then, when I checked out a preview for the first 10 hours of the game, I had an inkling of what the developers were aiming for to bring the franchise to a new generation. In a way, King’s Bounty II provides you with a lot of content. Unfortunately, it’s marred by several clunky and questionable design decisions that can make for a problematic playthrough.

King’s Bounty II‘s story tells of the Blight, an unceasing corruption that’s threatening to engulf the land of Nostria. The Blight brings the Hallowed, eerie monsters that can corrupt all manner of creatures. During a ceremony, a prophet known as the Scryer shocks the crowd with this revelation, claiming that your character is the only one who can save the land. Naturally, everyone is left aghast and you’re thrown in jail.

The campaign actually starts six months after this prophecy. With your character’s release from imprisonment, it’s up to you to return to the capital of Marcella to find out what’s going on — conspiracies, portents of doom, and dark tidings abound. You need to delve further to learn about the menace that’s arising.

You can select from any of the three protagonists with classes that are tied to them: Aivar the Warrior, Katharine the Mage, and Elisa the Paladin (whom I chose for this run). They have their own starting perks based on ideals/alignments (more on this mechanic later). As such, you might feel a bit pigeonholed into their roles even if you level up. As the game progresses, you’ll gain access to equipment to boost their stats further. 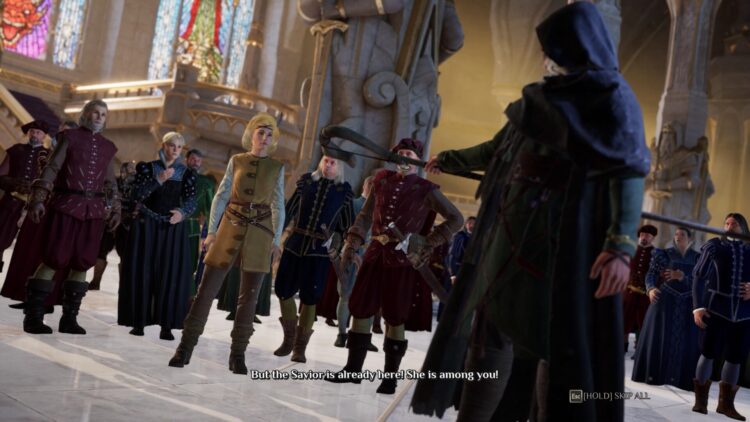 The world of Nostria in King’s Bounty II

King’s Bounty II lets you explore the Crown Lands with its towns and dungeons. Unlike previous offerings, you experience the game from a third-person perspective. However, it’s not an open-world adventure game, as it has more of a “corridor world” feel.

Although the world map is broken down into sections with dirt roads, streets, bridges, and crossings, perhaps the most egregious problem concerns movement speed. Your hero simply jogs instead of runs, and pressing the shift key makes you walk. You can use your horse to get around faster, but it can lead to janky moments when your character or mount gets stuck because there’s a small obstacle in the way or you can’t hop off ledges. Worse, your horse actually canters when you’re inside towns or major hubs. Your character’s jogging animation is barely quicker than that, so you’re moving at a slow pace that’s just unbearable. Fast travel helps, but because of the countless times you’d return to towns to finish objectives or visit merchants, you’re bound to experience some tedium.

At the very least, you can count on the visuals  — at least from a distance. You’ll see the landmarks such as the capital and the Mage Tower from far away, and they’ll definitely make you marvel. The downside is that textures, even at the highest graphics settings, are a little rough. I did notice rendering issues when looking at textures close up. To cap it off, the UI has a lot of clutter (i.e., control tooltips and resources) that can’t be toggled off for a cleaner look. 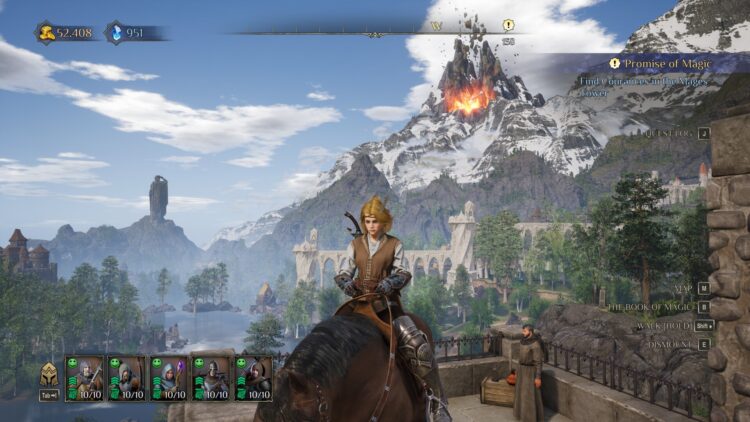 Choosing your ideals or alignment

Your character’s talent tree in King’s Bounty II is directly tied to your ideals. Think of this as an alignment system where quest decisions are diametrically opposed (i.e., Order vs. Anarchy and Finesse vs. Power). For instance, you can either report a criminal to the head of the guards (Order) or cut a deal with the brigand (Anarchy). In other instances, you could immediately attack a castle with your army (Power) or solve a magical puzzle to acquire assistance (Finesse). Your decisions will add points to that particular ideal and, in turn, you’ll reach new unlockable tiers for your talents or perks.

Also, although most quests have short-term consequences, a few offer far-reaching repercussions. For example, I was given a choice on how I’d enter the Blight-infested Magefactory. I could side with the mages by fighting the Artisanian merchants (Order). This decision allowed me to approach the main entrance through their camp. Alternatively, I could use a side passage with the help of smugglers (Anarchy). The mages won’t like this and it leads to a fight, essentially locking down the mages’ camp area. 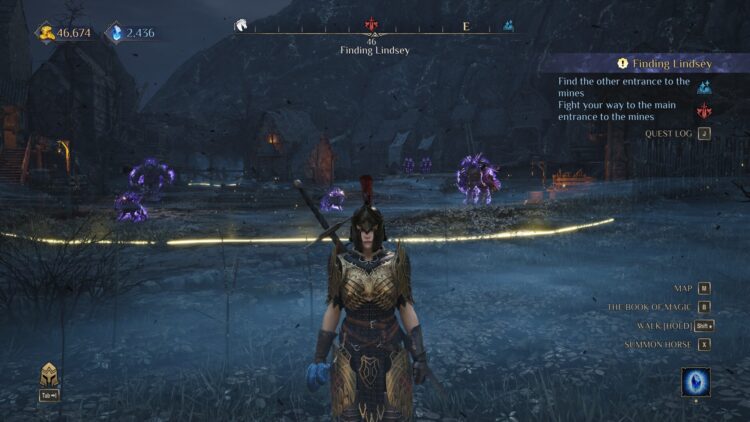 Regrettably, King’s Bounty II has more issues that need to get sorted out. For instance, the aforementioned alignment system imposes a limit on how far you have to follow an ideal before you’re no longer allowed to pick options that oppose it. Because you don’t really know how many alignment points you’ll acquire, it can lead to problems when you’re attempting to min-max your unlockable talents.

In one scenario, I had 26 points in the Order alignment, and that already prevented me from selecting an Anarchy outcome. I thought that 26 points was the “point of no return.” Then, to my surprise, I was still able to complete a different quest via Anarchy. Meanwhile, in another section of the campaign, I couldn’t pick the Power option because I had 23 Finesse. But, the quest that immediately followed allowed me to pick Power even though my Finesse alignment had just increased.

Likewise, there were some puzzles that were just odd. A vast majority are easy enough to solve, but a couple had clues that were too cryptic, requiring trial-and-error methods instead. 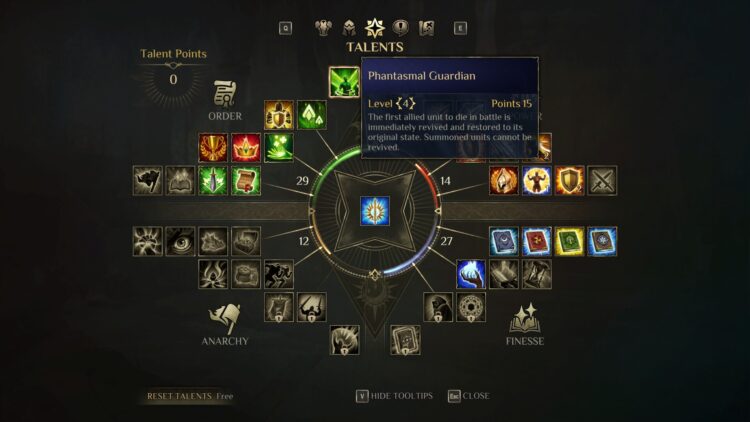 In King’s Bounty II, you’ll recruit units to your army and they, too, belong to a particular ideal/alignment. There are Order units such as knights, mages, and healers, as well as Anarchy units like mercenaries, assassins, and the undead. Finesse units, meanwhile, are elementals and golems, and most Power-type units consist of dwarves and animals. Although you can mix and match freely according to your needs, units that follow the same alignment confer morale boosts.

Now, your hero doesn’t actually fight directly on the battlefield. Instead, you’ll engage in battles during quests or while exploring the world. Turn-based tactical combat follows where you’ll move your units on a hex-based grid. You’ll use them to attack foes, and you can even see the obstacles or terrain features depending on your location. Additionally, some units have special abilities such as healing, taunting, and AoE spells. Likewise, your character has a spellbook that can be used to cast magic to your advantage. 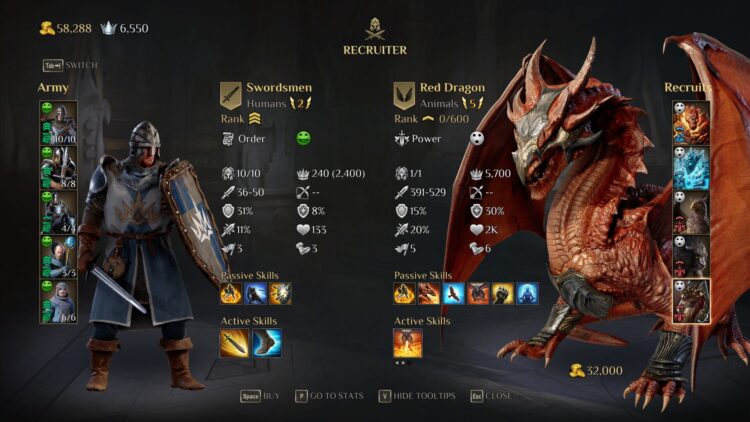 Ideally, you’ll want to avoid heavy losses in fights. Otherwise, you’ll have no choice but to heal your units via a post-battle command or pull from your reserves. Is it actually possible to enter a spiral where you’re bleeding so much gold and thus have no means of rebuilding an army? It can happen, but I think you really have to make a ton of mistakes for this to occur. In my experience, I often had more than enough gold to continue onward despite incurring some losses. The Scryer also provides sidequests where he’ll teleport you to a Blighted domain. These are challenges in which you control a preset army and magic spells are either non-existent or limited.

Overall, my qualm regarding turn-based tactical battles is, once again, related to pacing. You can’t speed up unit animations, and there were several occasions when you had to wait for a few seconds after a unit has ended its turn. Either the death animation took a while to occur or the AI was rethinking its moves. 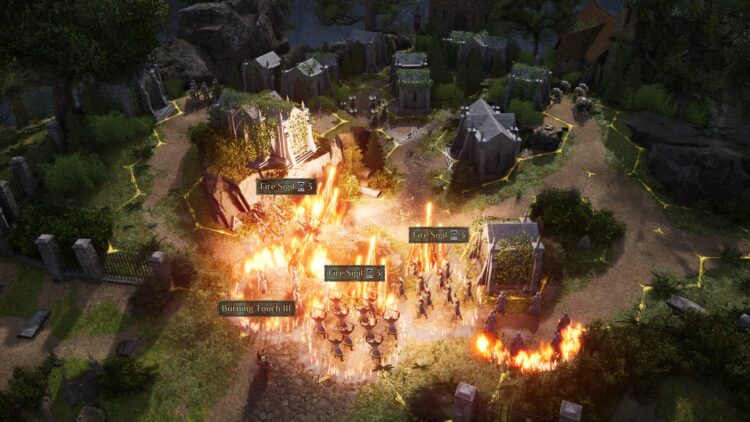 Is the journey worth it?

My King’s Bounty II playthrough as the Paladin Elisa took over 40 hours to complete. I felt that I spent more hours than needed since I was trying to see other outcomes when making alignment decisions. Unfortunately, the point of no return was very confusing during the later stages of the campaign. When you combine this with janky controls and slow movement, you’ll feel that tiresome and plodding pace as you progress.

Unit mechanics could also use some tweaks. Towards the final act of the game, I realized that I was mostly encountering the same mobs and I was using the same bread-and-butter tactics. The Order units (i.e., royal mages and healers) were invaluable due to their dispelling capabilities. I mostly relied on attack-boosting magic to speed up fights as well, which meant that other spells weren’t as enticing. New equipment, buffs, abilities, cinematic kills, or even companions might be welcome additions.

Lastly, there’s the storyline itself. King’s Bounty II tries to present an intriguing narrative to kickstart your epic adventure. Sadly, a lot of NPC models look eerily similar, and some even have dead-eyed stares, cheesy voice lines, or clunky animations. Characters were forgettable, to the point that those who appeared later in the campaign would make you wonder where you met them before. To top it all off, the ending (which I won’t spoil in detail), left a sour taste, as though the arc remained unresolved. I’m uncertain if I needed to complete a particular sidequest chain just to see a different conclusion, or if this was meant to set up a future expansion. 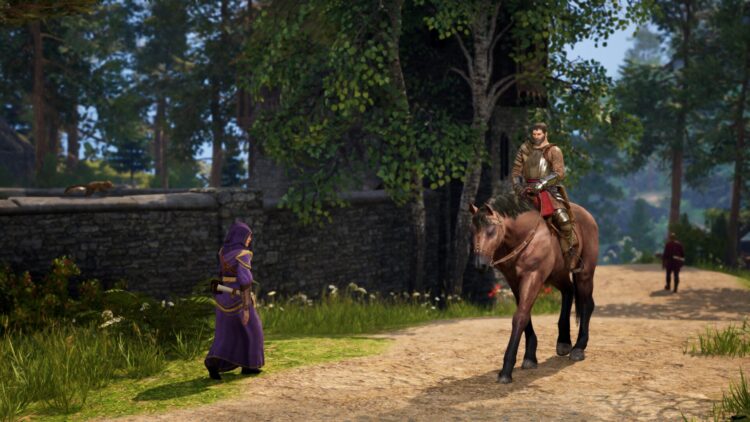 A role-playing game where you explore a fantasy world, build an army, complete quests, and engage in turn-based tactical battles.
6.5

King's Bounty II offers numerous options to keep you playing its 40-hour campaign. Unfortunately, it suffers from questionable design, janky movement while exploring, and confusing alignment system outcomes. It can be a treat for long-time fans, but it's also rough around the edges.