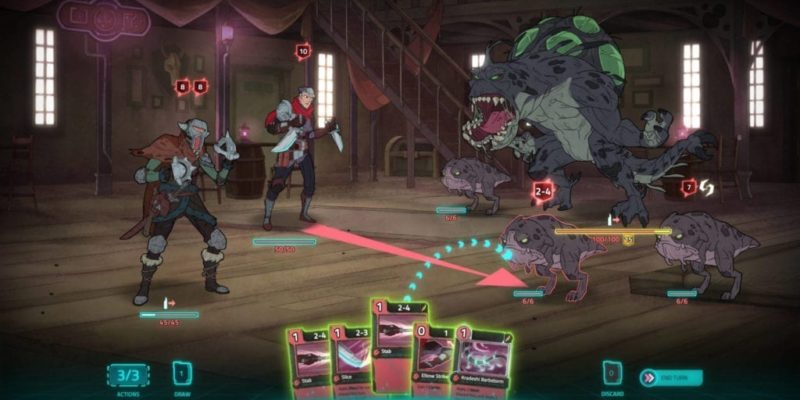 Players will also be relieved to know that Griftlands is not a collectible card game and contains no microtransactions. Buying the game grants you access to all of the content with no strings attached. The alpha includes one character, Sal the adventurer, and will add two more as it gets closer to release.

Griftlands was first announced in 2017 as a turn-based RPG with a focus on negotiation, and it showed familiar JRPG mechanics like world map traversal. Klei then built it out into an open-world, systems-driven game focused on the consequences of player choice. This included a trading simulation, crafting system, and faction simulator. Unfortunately, all of these impressive-sounding features failed to gel together into a satisfying play experience. In a developer post on their forums, the team explained:

…the whole was never better than the pieces; we found that each piece of the game felt disconnected with the rest, and that actions often felt inconsequential. We built large worlds that felt tedious to travel around, and as designers we knew the systems were not working to provide a holistic experience.

As Klei Entertainment often does, the team dropped what didn’t work and focused on a new play experience. 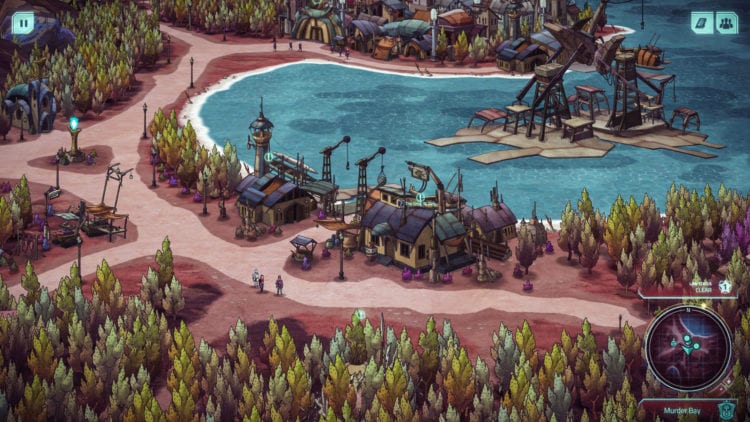 The new Griftlands is reminiscent of other deck-builder RPGs like Steamworld Quest, but it has some interesting twists. Most notably, the early emphasis on character relationships was not abandoned with the new design, and each playable character has both a combat and negotiation deck that they can build. Where many CRPGs rely on skills or stats to unlock dialog options in negotiation, Griftlands goes for something deeper. Similar to the tabletop RPG The Burning Wheel, negotiation plays out as a special kind of combat with its own cards. Instead of HP, each character starts with a certain amount of “resolve,” affected by the situation and character relationships. Winning arguments provides powerful benefits, but resolve carries over from one argument to the next, so players must use it carefully. 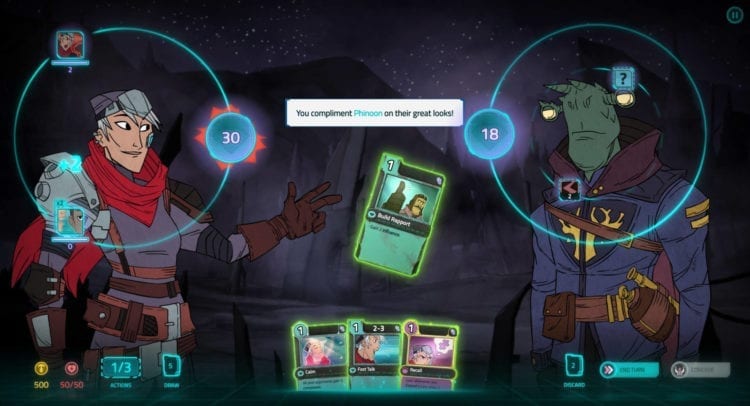 Negotiation uses its own deck of cards and mechanics

Griftlands has also shifted to a roguelike mode of play, with death a frequent possibility. Players will have to use skill and learn from failure to survive. As the E3 trailer shows, in each run, the player will attempt to get closer to achieving their character’s goals. Klei will take player feedback throughout the alpha, so we will no doubt see the mechanics in this RPG evolve over the next year.