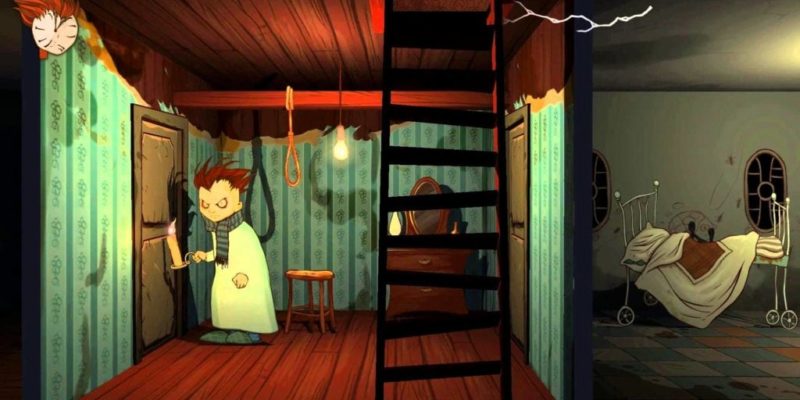 Last week, after spending a few hours with Ice-Pick Lodge’s Knock-Knock, I wrote possibly the most confused preview I’ve ever written. I think I described it – and Ice-Pick Lodge’s games in general – as games “that run on an inscrutable logic that makes half-sense in the tired hours before dawn.” And now, you can be hopelessly creeped out and confused too!

Knock-Knock has launched and is on Steam, so if you fancy some side-on indie puzzle horror with overtones of fairytales and brain-breaking, it can now be yours for a mere £5.94. If you’re not sold on it just yet, then there’s a brand new gameplay trailer below which… well, it’s very much like playing the game itself, insofar as it’s quiet and dark and creepy and makes sod all sense, yet is strangely compelling anyway.