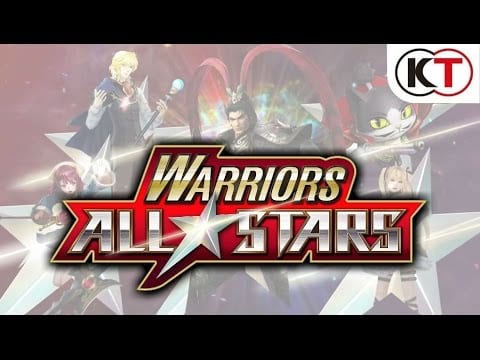 Koei Tecmo’s all-action title Musou Stars is coming to the west as Warriors All Stars later this year for the PC.

This hack’n’slasher features a whole host of Koei Tecmo characters. Names many of you will recognise from Koei games include Ryu Hayabusa from Ninja Gaiden, Kasumi from Dead or Alive, William from Nioh, Yukimura Sanada from SAMURAI WARRIORS, Zhao Yun from DYNASTY WARRIORS, Horo and Oka from Toukiden, and Sophie Neuenmuller from Atelier Sophie: The Alchemist of the Mysterious Book.

Warriors All-Stars begins in a mysterious land brought to the brink of destruction when a magical spring, the source of its power, dries up after its king’s passing. Following a legend that calls for the summoning of champions from other realms in times of dire need, the young princess Tamaki performs a ritual that goes horribly wrong when her powers spiral out of control, scattering the heroes across the domain. Emboldened to restore peace to the world, Tamaki must recruit the best and strongest among these visitors to revitalise the spring – and crown the land’s saviour as its new ruler.

Warriors All Stars will be launched in Europe on 1 September.