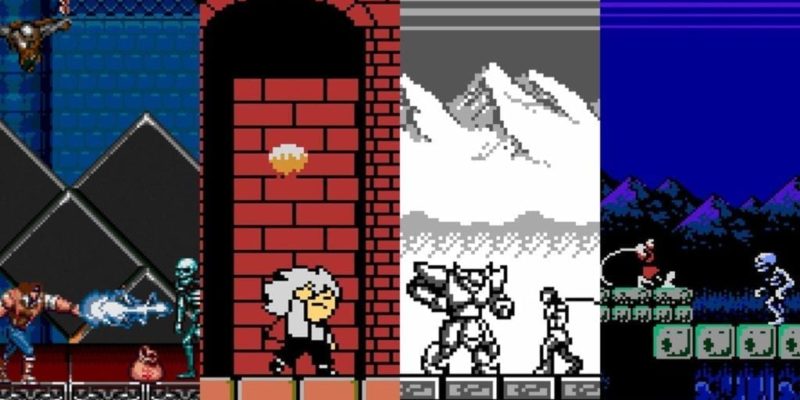 Konami has unveiled all of the titles that will be playable in the upcoming Castlevania Anniversary Collection. Releasing on May 16, players will have the chance to play through the NES trilogy, a couple of Game Boy entries, an excellent Genesis exclusive, and Super Castlevania IV. In a surprising move, the Japan-exclusive Kid Dracula will also be available. It sounds like a dream come true for fans of the vampire hunting series, which hasn’t had a big home on PC.

What A Horrible Night For A Curse

Tommy Williams, senior PR specialist for Konami, wrote a message to fans on the PlayStation Blog. “Today we’re happy to confirm the Castlevania Anniversary Collection will be coming to PlayStation Store on May 16, and we can also finally unveil the full lineup of games. All you amazing Castlevania fans have been vocal with your requests and we’ve been listening!… We hope you’re ready to sink your teeth into all eight of these classics when the Castlevania Anniversary Collection launches as a digital exclusive at PlayStation Store on May 16.”

The initial list of titles was revealed last month when Konami announced intentions to release compilations of classic titles. The first release, the Konami Anniversary Collection, will be hitting all platforms tomorrow. It contains Haunted Castle, Typhoon (A-Jax), Gradius (Nemesis), Gradius II (Vulcan Venture), Life Force (Salamander), Thunder Cross, Scramble, and TwinBee. A Contra collection will also be heading to digital storefronts sometime after the Castlevania collection launches. The full list of titles for that has yet to be announced.

The official Mortal Kombat 11 launch trailer brings back the 90s