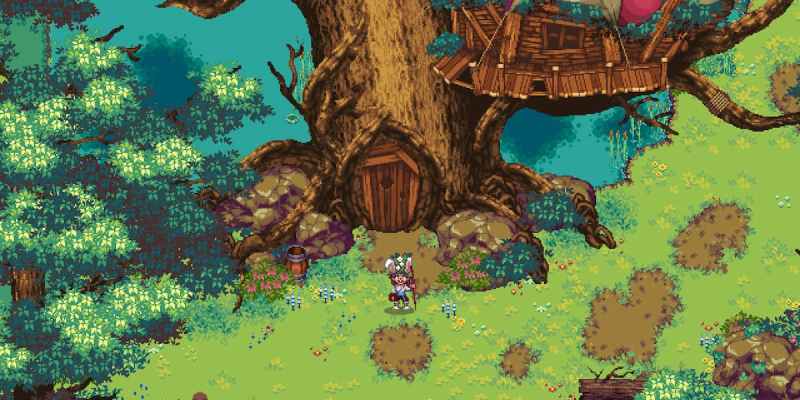 Made by several of the developers previously involved with Lionhead Studios’ Fable series, Kynseed has remained in Early Access ever since November 2018 — a little over four years ago. Within that time, quite a few players ended up enjoying Kynseed’s life sim RPG gameplay. The game currently boasts a “very positive” rating on Steam out of over 1,300 user reviews. Fortunately, those who fell in love with Kynseed may soon feel even more positive about the experience, as developer PixelCount Studios revealed that the game will officially leave Early Access and see a full release date next month.

In Kynseed, you “plant a mystical acorn that grows into a family tree in which your choices create its branches.” By raising your family, running businesses, and engaging in other activities, you will establish a family legacy for your children and descendants to follow. This premise makes for more than just window dressing, as every character in the game, including your own, ages and eventually dies over the course of your playthrough. Once your character kicks the bucket, you have to assume the role of your child and keep your legacy alive.

Kynseed gets a release date for December

Kynseed lets players perform a whole host of tasks typical of the life sim RPG genre, such as farming crops, talking to NPCs, and battling hostile creatures. NPCs have their own agendas and remember your past actions, so it pays to carefully consider how you interact with them when forming relationships. You can also purchase artifacts from a mysterious merchant that can make certain activities easier, although doing so will cost you a few years off your life.

Kynseed seems to already offer plenty for players to do in its current Early Access version, so one can only imagine how it will expand once the 1.0 version arrives on December 6. The game currently costs $24.99 USD on Steam and GOG.