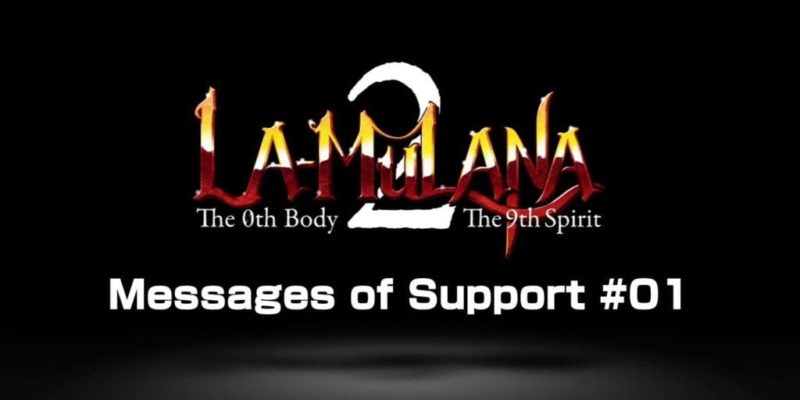 You’re probably aware that I’m hugely, massively excited for La-Mulana 2, because the first game was a work of genius. Its Kickstarter is roughly 2/3 to its goal, and I’ve backed it for more money than I can actually afford. Welp, I’m not the only one excited for it.

A recent video posted on the Kickstarter and viewable below has other prominent indie devs offering their own messages of support for the title and begging you to back it. The list of other devs includes Keiji Inafune (Mega Man, Onimusha, Dead Rising, and currently working on Mighty No. 9), Ryo Agarie (Tengami), Christine Love (Analogue: A Hate Story), Miguel Sternberg (They Bleed Pixels), and Louis Lu & Owen Wu (Space Qube).

La-Mulana 2 is the sequel to a game that can be somewhat summed up as the Dark Souls of side-on Metroidvania titles. You can – and probably should – back the Kickstarter here.