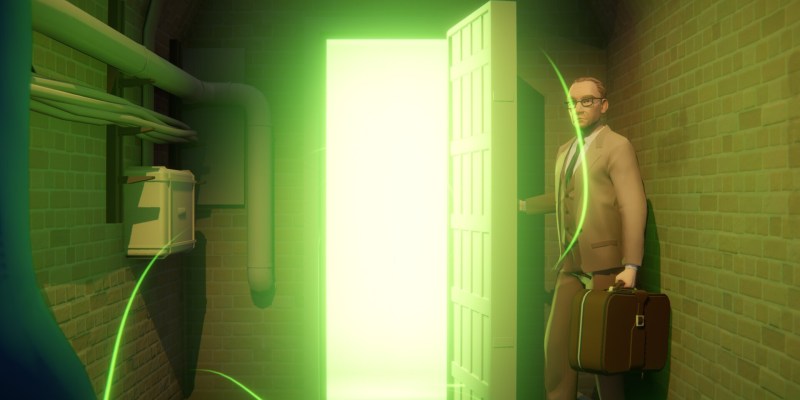 The worthwhileness of story-based games with minimal gameplay almost exclusively depends on how engrossing the narrative and characters are. Last Stop is said to be similar to X-Files, and I can’t call that an accurate comparison. The game isn’t particularly long or interactive, and the animations can make things sillier than they should be, but the game does have its strengths. Last Stop has excellent dialogue, likable characters, and a compelling story that make it a game well worth experiencing for anyone who doesn’t mind being limited to selecting dialogue options and walking down some streets.

Last Stop appears to be an anthology of sorts at first. The game is divided into seven episodes, each with three character chapters. The game focuses on these three characters independently for the lion’s share. There’s John, a middle-aged single dad that ends up finding himself body-swapped with his young, himbo neighbor. Then there’s Donna, a high school student who ends up holding a mysterious man hostage in an indoor pool. The man appears to be disappearing people he leads into his apartment. Finally, we have Meena, a woman working for a PMC-related company that doesn’t seem to have anything paranormal going on whatsoever.

For most of the game, Meena’s chapters are the least interesting due to this. However, the writing is so good that even these more mundane sections have plenty to enjoy. All of the characters are varied and have endearing quirks. John’s relationship with his daughter Mollie is precious. The way that Meena can observe other character’s traits in seconds to decide how much of a threat they are is continually a hoot as well. But the story is entertaining throughout, and it comes together in the end in a big way that I found rather satisfying. That being said, you exert almost no control over any of the plot, save for binary choices for each character at the end. 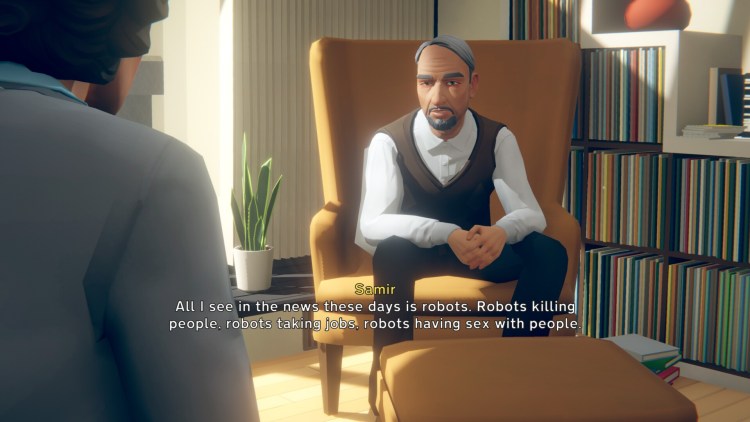 There isn’t much to say about the gameplay in Last Stop. Mostly because there, uh, isn’t any, really. You control characters as they walk from place to place, but it’s rare for you to actually do anything while moving around, save for a single section where a character searches a house for clues in first-person. Most other sections entail guiding your characters from point A to point B from distant, fixed camera angles. I found these to be neat, and make the character’s lives feel more believable.

In typical narrative game fashion, you have a certain amount of time to pick character responses. These might result in a different line of dialogue here or there, but don’t tend to matter overall. You’ll also come across quicktime events on occasion. One of these caught me off-guard, and I ended up failing it. However, I’m fairly certain that was exactly what the devs planned, considering the scene in question. There are various interactive bits, though, such as times when you can stamp envelopes or play a piano during a rhythm game. Since there’s hardly any gameplay in Last Stop and you don’t have any control over anything, there isn’t much reason to play it again after hitting the credits. Although, I certainly see myself going through it once more in the future as I tend to do with movies I enjoy.

That’s not to say that Last Stop has high production values. One positive in regard to this is that the game isn’t at all demanding on hardware. It can easily be run at high framerates, even at 4K due to the simplicity of the visual design. However, faces animate strangely and often don’t match up with character emotions very well. At least the voice acting is great and makes it even easier to connect to the cast. But really, that’s what a game like this comes down to. I got a lot out of the story and characters. It hits the right notes and feels like an interactive, short TV series. If you like narrative games, I’d certainly recommend giving this one a go. 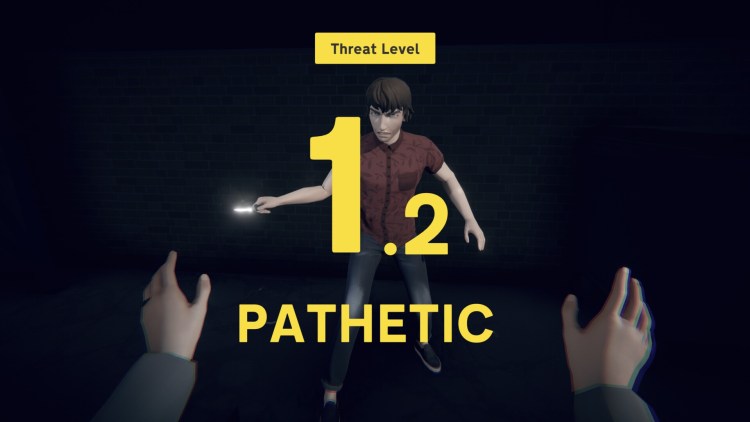 Neither lengthy nor particularly interactive, Last Stop succeeds on the strengths of its writing, narrative, and characters.