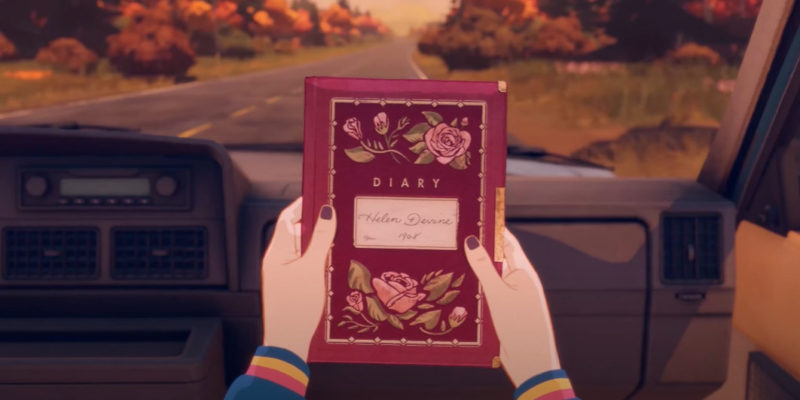 I have to admit, I’m quite partial to the odd walking simulator or two. Along with What Remains of Edith Finch, Gone Home is one of the best examples in the genre. When it launched back in 2013, it became the poster child of the walking sim and for good reason. While developer Fullbright’s follow up, Tacoma, didn’t hit the same notes as Gone Home, its upcoming title Open Roads looks rather good.

Open Roads was revealed at yesterday’s The Game Awards show with a stunning first look trailer. The game follows Tess Devine and her mom, who set out to find out the truth about Tess’s grandma. The pair of them have reason to believe her grandma was hiding some sort of lost fortune, among other secrets. Tess’s grandma has since passed away, and they take to the open roads to seek the truth.

If it’s anything like Gone Home, Open Roads will be certain to tug on the old heart strings for the duration. Fullbright’s laser focus on story, with little else going on mechanically, delivered a great narrative with Gone Home. I hope Open Roads can capture some of that, and the tone of this reveal trailer sets it on the right track.

Art style goes so far in delivering a certain tone as well, and Open Roads looks downright gorgeous. It’s a very different visual style than Fullbright’s previous efforts, but I’m all for it. Character’s have a comic book-like quality to them and look very emotive based on the few lines of dialogue in the trailer.

The surrounding environment doesn’t look half bad either. Tess refers to how things decline over time, and the landscape of the open road has a sort of post-apocalyptic quality. Things are decaying in Open Roads, and I’m curious to see how much of the outside world will be explorable.

Open Roads arrives next year, and you can wishlist the PC version now on Steam.