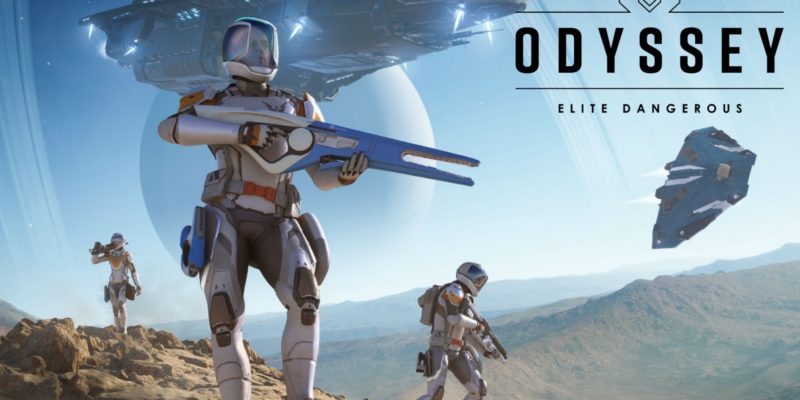 Back in August, my colleague Jake shared the news that a big new expansion was coming to Elite Dangerous. The Odyssey expansion will see you leaving the confines of your ship and allows you to set foot on alien planets and spaceports. This is a something of a departure for the franchise and has many fans of the franchise, giddy with anticipation. So, to keep fans in the loop, Frontier Developments has been releasing a series of developer diaries for the update. The second of these videos has just been released. This latest entry talks about how players can forge their own path.

One small step for man, one giant leap for Elite Dangerous

Once again, we get to see lots of pre-alpha footage for the update. It’s difficult to watch and not get flashbacks to Mass Effect. What’s more, some of the settlements give off Firefly/Serenity vibes. The main thrust of the video is talking about the different things to do on the planets. The developers talk about the choice of spacesuit and how they are tailored for exploration, combat, or scavenging. You will be able to obtain missions from boards in the spaceports or from different NPCs. Alternatively, if you don’t want to take on any missions, you can just go exploring or participate in more nefarious activities. Like the rest of Elite Dangerous, Odyssey will let you play the game the way that you want.

The development team also take about how the soundscape for the game will change. Up until now, Elite Dangerous has always bound you to your ship. With the Odyssey expansion, you’ll actually be walking around different rooms and (ahem) spaces. This changes the way things will sound as there will be bigger spaces as well as the hustle and bustle of other people. They have also had to work on motion capture and animation for all the new NPCs that you are going to meet and interact with. You can check out the new video below.

Elite Dangerous is available now for PC, PlayStation 4, and Xbox One. The Odyssey expansion should arrive some time early next year.