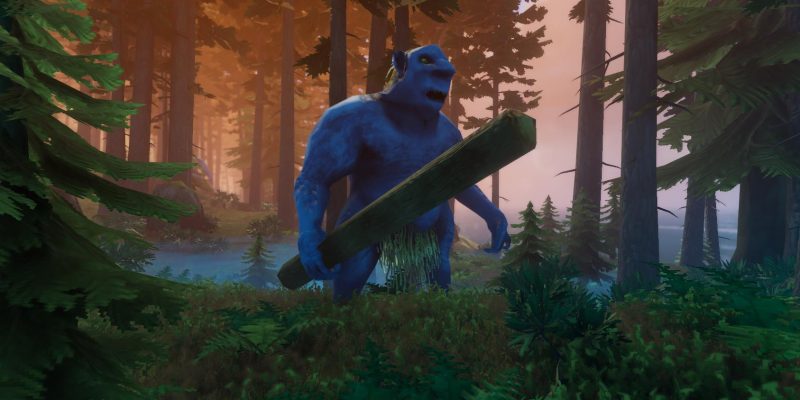 Updates for Valheim, the massively successful survival crafting sim from developer Iron Gate, usually change some game mechanic. The last update for the game for instance, changed its terrain generation mechanics. Valheim‘s latest update isn’t as gameplay focused though, instead revamping the look of the game’s trolls by sending them to the gym. Now when you encounter one of these creatures in the game, they’ll be more muscular, and sport well-defined hair and nails.

Iron Gate’s post also teased a couple of the features arriving in Valheim‘s Hearth and Home update. Two extremely cropped pictures show sneak peeks of what’s being worked on for the update. The first shows a pair of shoes, while the second is… Well, your guess is as good as mine. Either way, you can take a look at those pictures here.

Besides touching on the new swole troll in Valheim, today’s update also gave us some insight into how Iron Gate itself is changing. According to the post, the company of five developers is still working from home. However, it will be moving into a space suitable for a much larger development team when that changes. “As we expect Iron Gate to grow, we’re looking for a bigger office. Dreamy office spaces sadly don’t grow on trees, but it’s something that we’re really looking forward to so it is definitely worth the wait.” It shouldn’t be a surprise that Iron Gate is looking to grow soon. Valheim‘s massive popularity, having already sold six million copies, has created a need for a team of more than five people to patch out bugs while updating the game.