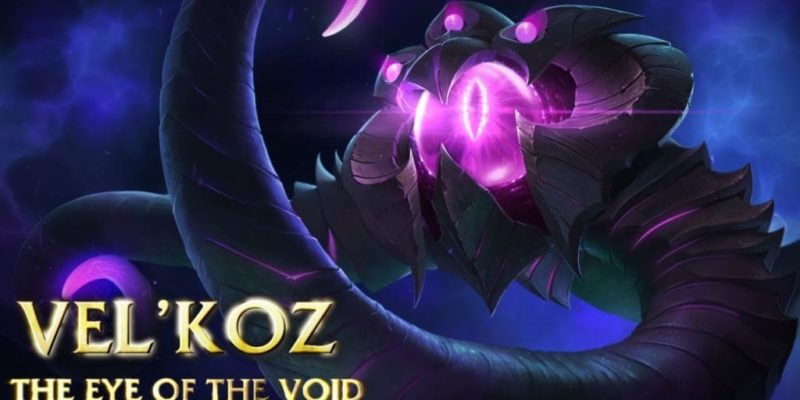 This week Riot shone the spotlight on their new Champion Vel’Koz with the release of the League of Legends 4.3 update. When the patch launched Vel’Koz was not active for players but he is now.

This purple eyeball of fun can be picked up now for a discounted 1462 RP until the end of the weekend. He will usually set you back 1950 RP so it’s worth jumping on it now if you fancy some ranged attack action and lazoooors.

Vel’Koz excels at ranged warfare, blasting out Plasma Fission and Void Rift to chunk down distant targets while repelling approaching enemies with Tectonic Disruption. Repeated attacks build up Deconstruction stacks as Vel’Koz analyzes and learns about his enemies, resulting in significant true damage during sustained fights. Once his subjects are primed, the Eye of the Void unleashes his ultimate, Life Form Disintegration Ray, to vaporize all before him.

In case you missed what this guy can offer watch the video below.