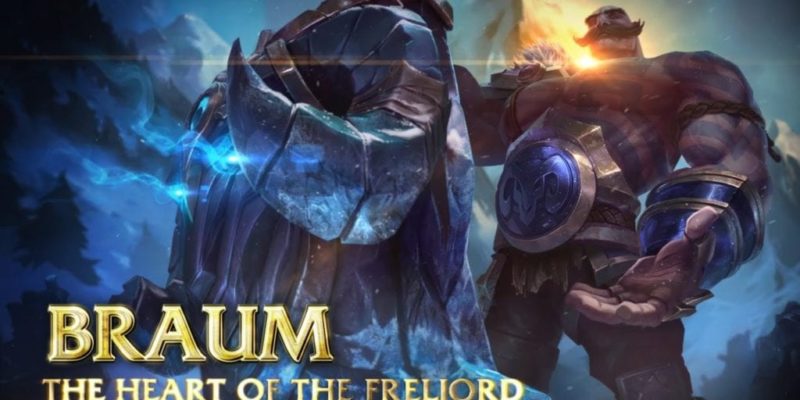 The League of Legends 4.7 update brings a new hero to the fray and today RIOT show him in all his glory. Braum doesn’t seem to actually be out yet, but players are expecting him later this week.

The new Champion spotlight video demonstrates the play style and the skills of the moustachioed brawler with his “immense crowd control abilities” and his door shield plays an integral part in soaking up damage. His ultimate, called Glacial fissure, sends out a shockwave of icy shards that damages and slows enemies.

The video also includes some gameplay demonstration footage with the new Champion if you need a few tips on how best to utilise the skills. If you missed the 4.7 update notes from last week they are available here.