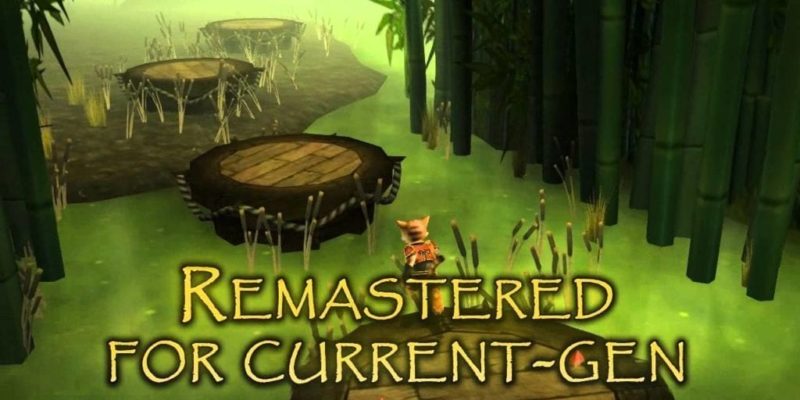 Legend of Kay Anniversary was initially released for the PlayStation 2 over ten years ago, but it’s been remastered for current gen. The young warrior’s adventure now boasts high-resolution textures with new, more detailed character models. Modern rendering techniques and crystal-clear surround sound will make for a better overall experience.

Underneath the fancy new exterior is still the Legend of Kay that was full of references to pop culture and old martial arts films; it’s funny, while also maintaining a level of challenge that’ll entertain audiences young or old. Legend of Kay Anniversary will have 25 different levels and over 15 enemy types, plus some epic boss battles. Master the distinct combat styles that the sword, hammer, and claws each have and use them to your advantage.

If you want to take a break from your warrior adventures, there’ll also be various mini-games such as wild boar racing, dragon flying, and wolf riding. If you’re feeling competitive, go up against the best in the world and try to top the online rankings board.

Legend of Kay Anniversary is out now on Steam, with a 10% discount until August 3.

‘Henry’ Is A Heartwarming New Film From Oculus Story Studio