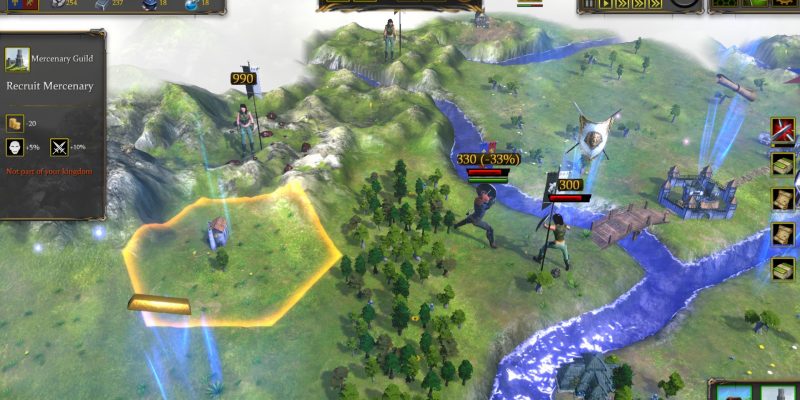 Ambition is always a sight to behold. The most impressive of humankind’s endeavors are driven by it and games are no exception. Legends of Ellaria launched in Early Access nearly four years ago. Today it enters full release. The game aims to deliver a sweeping mixture of traditional role playing, real-time strategy, and kingdom-builder gameplay. It’s quite the lofty goal that no doubt would humble many. Throughout its Early Access period, it went through many of the typical ups and downs: performance issues, bugs, and odd design choices abounded. Now that the game has entered full release, the question stands: is it worth it?

Legends of Ellaria begins by dropping you into a character creator and tasking you with creating a ruler. Once you’re set, you jump into a tutorial that teaches you the finer aspects of the RPG and RTS mechanics. You’ll take part in real-time combat by utilizing a standard assortment of abilities. Characters all start out with swords, bows, and a spell that can be swapped between freely. Fighting, completing quests, and discovering new locations all grant experience points that level up your character. When that happens, a skill point is gained that can be put in one of multiple skill trees.

The action combat is MMOish and doesn’t feel immediate or particularly nimble. Attacks use stamina and bows make use of infinite arrows. Magic uses mana points. The RTS combat is similarly familiar: you command your troops to defend areas or attack enemies. You switch to this with the press of a button and the game enters a separate instance to depict it, as opposed to merely making the camera hang overhead and zoom out. Legends of Ellaria‘s opening segment finishes with your character leading their people through a portal into the titular land, where they’ll set up a new kingdom. 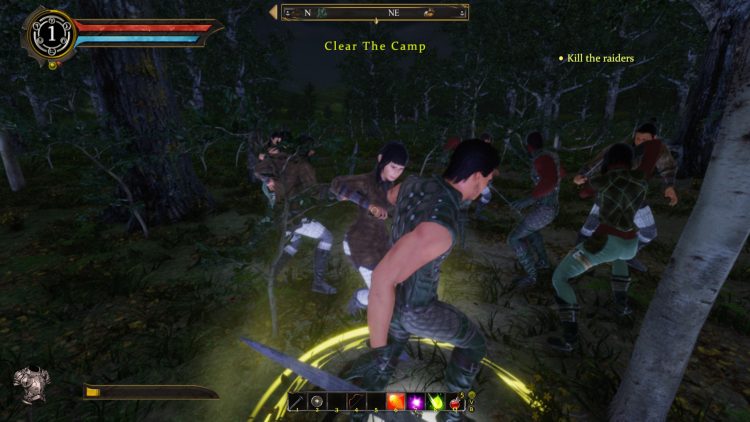 This is where Legend of Ellaria‘s kingdom-builder elements come into play. Akin to a 4X game, the land is divided into grids that need to be traveled to by clicking on them and then choosing a separate foot icon. Doing so queues up a bar and your character and their army move once said bar becomes full. All of this takes in-game time, which is broken into days. You’re able to recruit soldiers, hire mercenaries, and set up new roads and outposts. You’ll also tax your people and be able to construct new buildings within your settlements. There’s a full suite of options available that are clearly well thought-out.

In addition, you’ll need to make sure there’s enough food and supplies to go around, all while monitoring the citizenry’s happiness. On top of all that, there’s research, which allows you to acquire an assortment of new things. I wouldn’t accuse Legends of Ellaria of being anything but in-depth. The fact that these three separate styles of gameplay coexist alongside one another in one game is simply impressive. But that impressiveness vanished for me as I attempted to play the game.

I’m not one who would normally refer to a title as “unplayable,” but I have to at least drop that word here. There are so many issues with Legends of Ellaria that I simply couldn’t stand playing it. The most immediately noticeable aspect of this is how dated the game looks. I truly don’t mind the visuals all that much, but let’s be real. Aside from how high the resolution of textures are, the game looks like it came out in 2004. Character models are awful, geometry is simple, and outdoor environments look dreadful. This is made worse by some truly egregious performance. My GPU should be more than strong enough to run this game, but I still had my framerate drop to the teens. 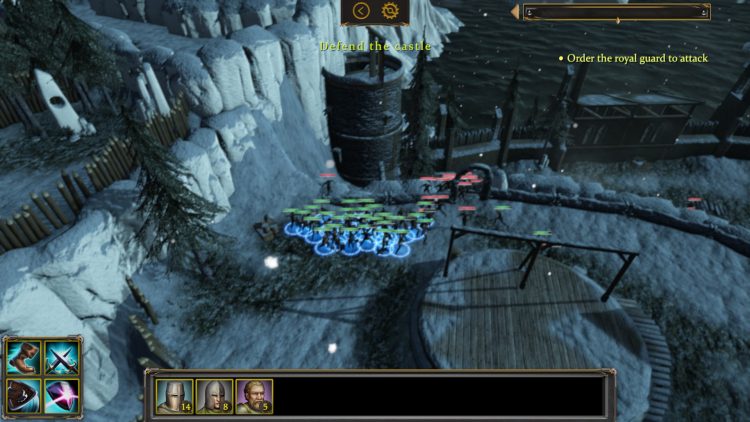 The combat is functional, if uninteresting, and the RTS stuff works, even if I didn’t get to see much of it during my run of Legends of Ellaria. I spent most of my time attempting to make heads or tails of the game’s tiny, confusing areas while waiting and waiting during loading screens and for travel time to finish. You hit a loading screen every time you enter a location or attempt to go inside a building. These are not short loading screens, either. They’re accompanied by this weird mini-game where you can click stones. I am entirely unsure as to the purpose of this.

Within locations, you can talk to characters. You can select choices when talking to characters and they’ll give you quests, which appear on the right side of the screen while on the 4X map. Clicking the quest icons mercifully tells you where you need to go, but waiting for your character to slowly make their way across the kingdom is hell. You can select the speed at which time passes, but even on the quickest setting, it feels insanely slow. I alt-tabbed out of the game every time I needed to go somewhere.

Truthfully, I alt-tabbed every time I hit a loading screen, meaning that a large amount of my time with Legends of Ellaria was spent with the game minimized. Once you actually get where you’re going on the 4X screen, you’ll need to contend with roaming vagabonds that attack you. The way this works is that you both have red meters over your heads which deplete. The way to win is to simply have considerably more people at your disposal. Even if you do, though, you can still lose. These make getting around the map an even more grueling chore than it already was. 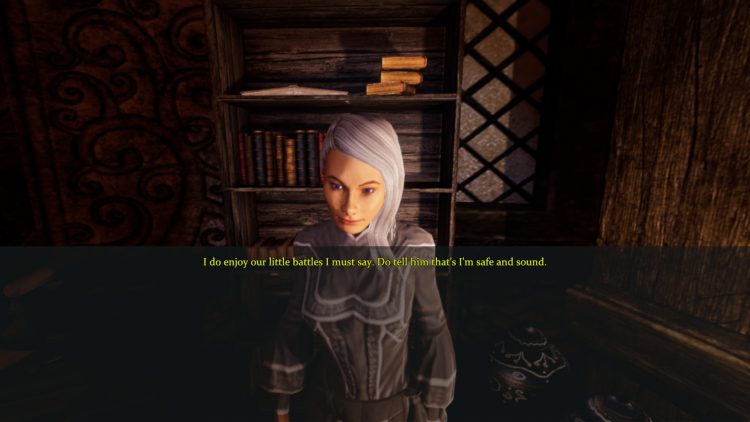 There are treasures to be found in grids and you can enter them as instances. These areas are a mess, though, and I still haven’t made sense of the compass icons. After spending a few hours slogging through quests, waiting, and then doing some more waiting, I finally uninstalled Legends of Ellaria. I applaud its ambitions and can appreciate some of what it has accomplished, but between the constant performance issues, endless jank, and lengthy stretches of waiting, I simply can’t imagine who would have the patience and necessary amount of self-loathing to subject themselves to the game for long. I’m going to vote that it’s certainly not worth it.

Outriders equipment crafting — Everything you need to know

By A.K Rahming23 hours ago
Features