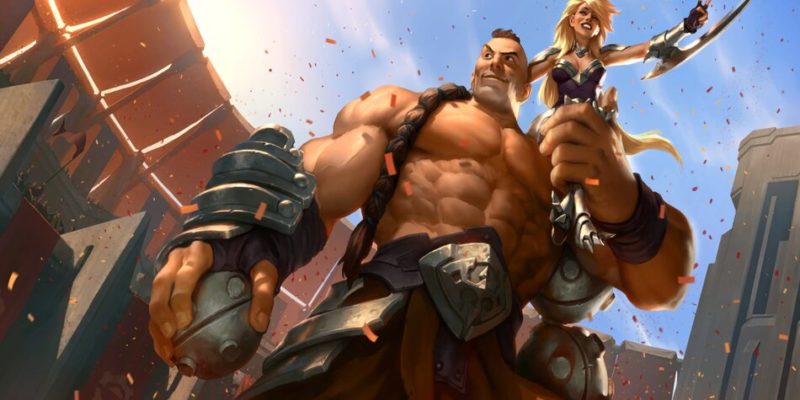 June 26 saw the release of patch 1.4 for Legends of Runeterra, and it brought with it the first new game mode, Gauntlet. Gauntlet is a special game mode where players must play by certain set rules. Gauntlets will start on Fridays and end on Monday, at 12 a.m. Monday PST/ 3 a.m. Monday EST specifically. 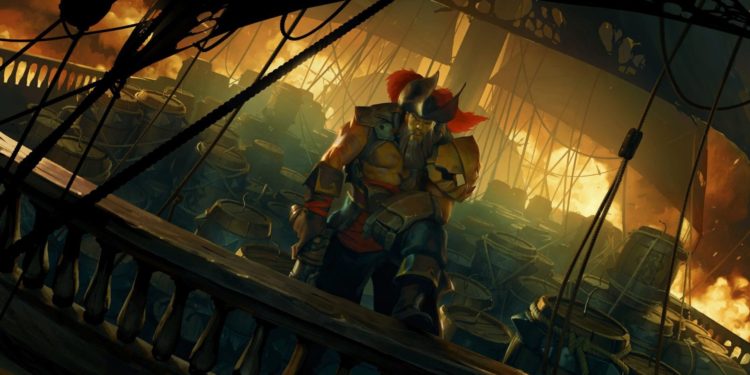 This week’s Gauntlet was a test run for the underlying system behind the game mode so that Riot can test the basic framework for future Gauntlets. That being the case, this week’s Gauntlet just used standard deckbuilding rules. So it played like a combination of standard ranked battles and Expeditions. Gauntlets function very similarly to Expeditions in that players play until they either lose two matches in a row or win seven in a row. It is nice that they give you the wiggle room of losing two “in a row.” So you can technically win a match and then lose a match with a record of 7-7 and still complete the Gauntlet. Because having to win seven in a row sounds extremely difficult, even for experienced players.

By just entering a Gauntlet players will get a special icon, exclusive to that Gauntlet. But the real incentive is the “Gauntlet Conquerer” icon that is only given to players that achieve seven wins. Unlike Expeditions though, players can enter a Gauntlet as many times as they want and don’t need a unique piece of currency to do so like Expedition tokens. This is a smart move given that Gauntlets are timed-exclusive events that end after only three days. It would suck to not be able to play because you didn’t have enough of some random currency. 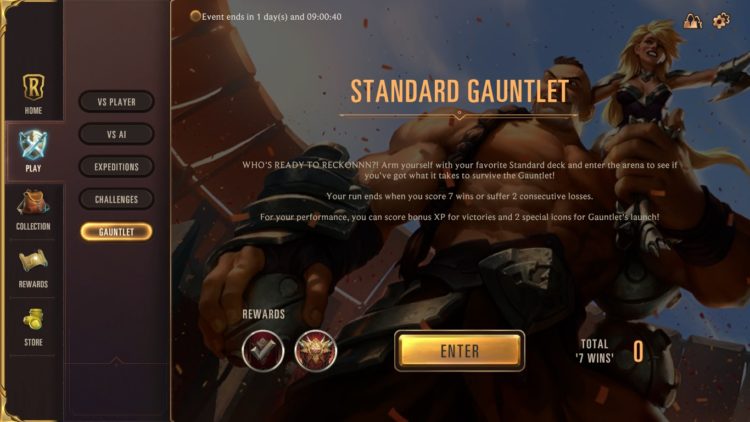 The future of Gauntlets

Riot Games plans to add more exclusive rewards to Gauntlets down the line. It also plans on using the Gauntlet framework to host full-scale in-game tournaments. When that will happen is anyone’s guess, however, but it is a very exciting prospect for the future of the game, especially in the current environment. Many TCG players like me miss large-scale regional and national level events. Online clients like OCTGN and Untap do help with this. But officially supported services and full-fledged games like Magic: The Gathering Arena and Runeterra can help make full-size online events a reality.

The next Gauntlet begins on July 3 and will feature the Singelton rule set. Singleton means that you can only have one copy of any card in your deck, so every deck will have 40 individual cards. Singleton has been a popular format in Magic: The Gathering for quite some time, and it forces players to really get creative with their deck building, usually leading to some fun results. This shows the kinds of challenges that Gauntlets will put upon their players to encourage unique and creative deckbuilding, and I am very excited for the future of Gauntlets.

By Kurt Perry52 mins ago
Industry