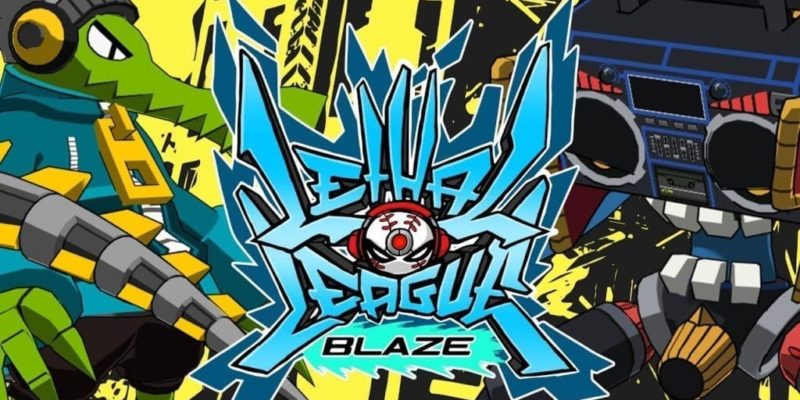 Sequel to the absolutely bonkers racketball party game, Lethal League Blaze has received a new trailer today. It has also received a release date of October 24th. That’s so soon! The title looks to be continuing what made the original so successful but there are a few new goodies in here.

The trailer showed off what fans of the original will already know and love. The break-neck pace of the matches looks to still be intact and plenty of the characters will be familiar. The game has been over-tooled with stylized cel-shaded 3D graphics, giving it a cool Jet Set Radio-vibe. Another thing that should remind you of Jet Set Radio: the music. Hideki Naganuma, the composer for Jet Set, was tapped to produce the music for Lethal League Blaze. The style of his funk sampling suits this game perfectly if the trailer is anything to go by.

The trailer seriously is an ear-worm

The developers state in the blog accompanying the trailer that they’ve added a “story mode and something called Lethal Volley.” The idea of a story mode that can fill in some lore behind these characters is really interesting. It hasn’t been explicitly stated what Lethal Volley is yet. That being said, a volleyball net is seen in the trailer, so it’s a pretty safe bet it’s crazy-fast volleyball.

“[Double] the amount of characters” are promised at launch, with “more on the way post-release.” There are also some tweaks to the gameplay, with the ability to grab the ball and pitch it back, directly challenging your opponent. There will be a new HP setting so players can withstand some punishment before getting knocked out. And there will be new ball power-ups in place to turn matches into chaotic struggles.

Lethal League Blaze looks to be bringing exactly what fans of the original want: fast balls and more options to defend against said fast balls. The game launches next month. You can follow along or whitelist it on their Steam page.

Grab Transport Fever for 50% off via Steam