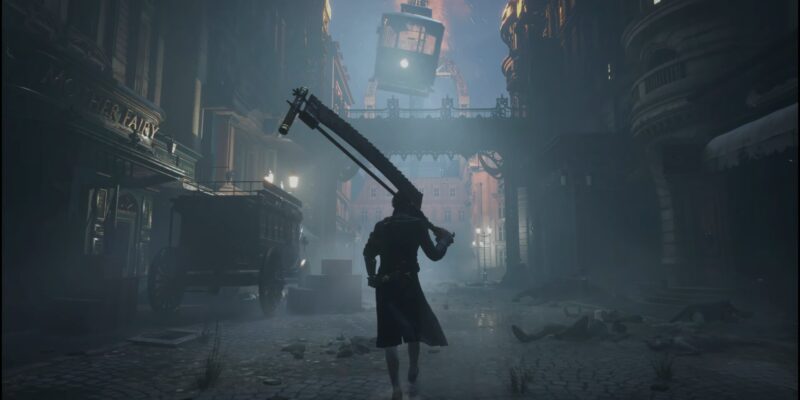 News on Lies of P, a Souls-like retelling of Pinocchio (of sorts), has been scarce since the game’s reveal in May. The “baroque action RPG” made waves when it was unveiled, hinting at an even darker version of Carlo Collodi’s story than what Disney could ever dream. Needless to say, a macabre, steampunk version of the classic work was intriguing, and I wanted to know more. Today, at last, Neowiz and Round8 Studio has revealed some early gameplay of Lies of P in a alpha teaser trailer. And it looks even better than what I imagined.

If you mash up Bloodborne and Pinocchio while sprinkling in a dash of BioShock, Lies of P would be the result. The Lies of P gameplay trailer shows an unsettling world populated by staggering automatons, ready to attack with a variety of weapons. You play as Pinocchio, equipped with a left arm that functions as an all-in-one tool system. In one moment, he uses it as a flamethrower, and in another, a grappling hook shoots out to drag an enemy into melee range. No doubt these are just examples of what the arm is truly capable of performing.

But, damn, does this game look like the Bloodborne sequel we never received. From the setting to the atmosphere, third-person combat, and massive saw blade, it’s clear that the developer was taking notes back in 2015.

If you blink, you might miss some interesting features in the game’s combat. Lies of P looks to have a counter ability tied to its combat, allowing you to throw an impressive amount of damage back at your attacker. Some weapons used by enemies also look like they can be destroyed, as we see one chimney sweep’s brush break after a last-second block.

All in all, the game is looking like a blast, and I’m looking forward to seeing more. Lies of P doesn’t have a release date yet, but the developer is unveiling some of the story during an event starting November 17.

Riot Games reveals Among Us collaboration in new Arcane trailer