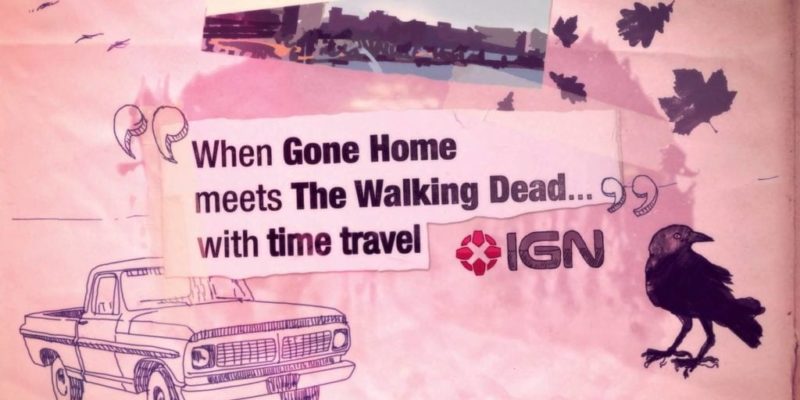 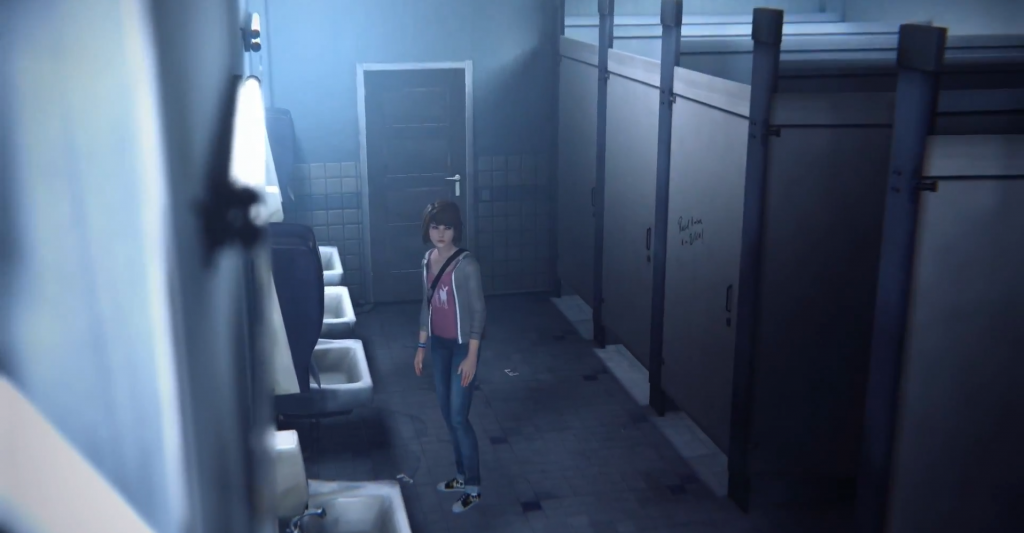 As videogame bathrooms go, this one looks … alright.

This is the part of the news story where I invite readers to recall that Dontnod’s last game was called Remember Me and then … well you can all finish this joke. Remember Me certainly interested me at the time, but then it was released right next to E3 which ruined any chance of us reviewing it. Boo.

Maybe it was amazing. Who knows. I’ve heard mixed things.

Anyway, enough about Remember Me, because Dontnod are now working on some sort of choice and consequence-tastic adventure game called Life is Strange which is, inevitably, episodic. Does nobody remember how to release complete adventure games any more? I blame you for this, Telltale!

Based on this trailer, which is very Wes Anderson by way of Juno, you’re a high school attendee called Max who has curious and supernatural time travel abilities. She sees a pal named Chloe getting shot, but then finds herself elsewhere feeling all confused. As you would, really.

The stated aim of Life is Strange is to “revolutionise story based choice and consequence games by allowing the player to rewind time and affect the past, present and future,” which is the sort of sentence that gets me all aflutter with excitement. Though, of course, it remains to be seen how the mechanics will actually work and how far-reaching both choice and consequence really are.

If they can pull that off though, it would presumably be marvellous. Time travel is a tremendously powerful concept to play around with in adventure games, as Day of the Tentacle taught us.

Life is Strange will deliver episode one on 30 January 2015.

Dark Souls region lock is being investigated by Namco