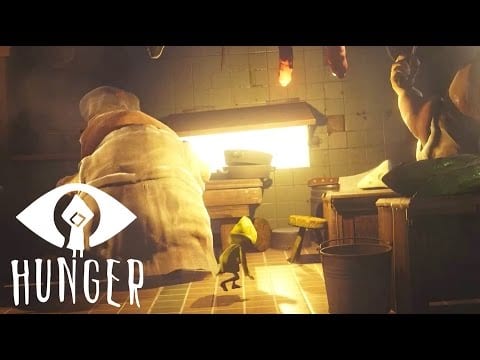 When Bandai Namco teased a horror title called Little Nightmares the other day everybody (including ourselves) assumed the publisher had signed RoboEd’s game of the same name. In fact, that turns out to be incorrect. Little Nightmares is actually from Tarsier Studios, and used to be known as Hunger.

So, rather than a first-person horror title where you control a small, mentally troubled child, Little Nightmares is actually an Inside-ish side-scrolling platform horror affair. You do still control a child, but it’s a young girl in yellow instead. She’s trying to escape The Maw, described as “a vast, mysterious vessel inhabited by corrupted souls looking for their next meal”.

The teaser video released today can be seen below. However, there’s more actual gameplay (albeit earlier stuff) available in this trailer, back from when the game was called Hunger. There will also be more from the game revealed at GamesCom.