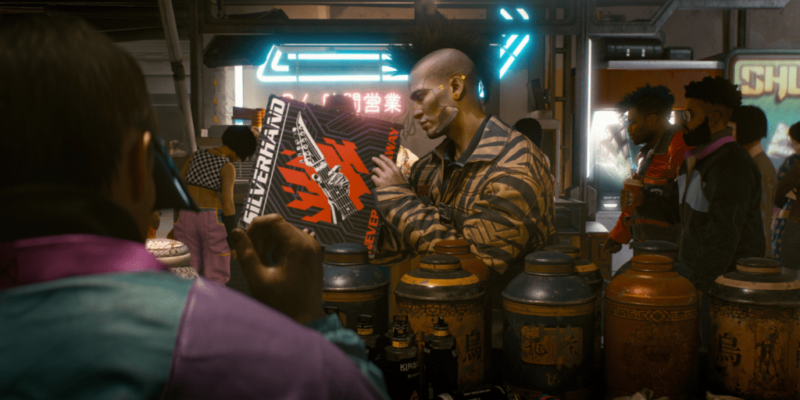 The world of social media is an odd place. Having worked on that side of the internet for some time, you’d be surprised how far in advance such small things like tweets are planned. So, when I laid eyes on something like the tweet from the official Cyberpunk 2077 Twitter account asking for an NVIDIA GPU, it’s most likely coming when the game launches and is already done. But hey, I’m just some doof on the internet.

So, being that we don’t officially have Cyberpunk 2077 hardware requirements, along with the potential of a Cyberpunk 2077 designed NVIDIA GPU, the next question is, “What model will it be?” For starters, we can probably guess that it will be an RTX card, mostly due to that being the current generation of cards, and even CD Projekt RED’s own demos have pointed to that probably being the horsepower of choice.

During a demo build that I saw at E3 2019, I had asked hardware it was running on, finding out that that it indeed did have ray-tracing enabled, something that has been a flagship technology for RTX model cards. On the low end, it would probably put the new card in the 2070/2080 range. This is the kind of scenario where the purchase of a GPU will include the game and possibly other features to reel you into upgrading your current hardware set or buying something that is certified to run something as Cyberpunk 2077.

NVIDIA with the tease

As previously mentioned, these social media mentions are usually calculated as part of a bigger reveal. NVIDIA took things a step further by showing off a teaser image of what this new NVIDIA/CD Projekt RED co-op is probably going to look like.

At this point, the two social media feeds have shared a short-lived back-and-forth, ending with a blurry image of a would-be video card. Who knows, maybe this is a custom RTX 2077? RTX 2077 Ti? Maybe, this was the reason for the recent Cyberpunk 2077 delay? Either way, if it’s coming in September (or even before then) you might have to start saving now.