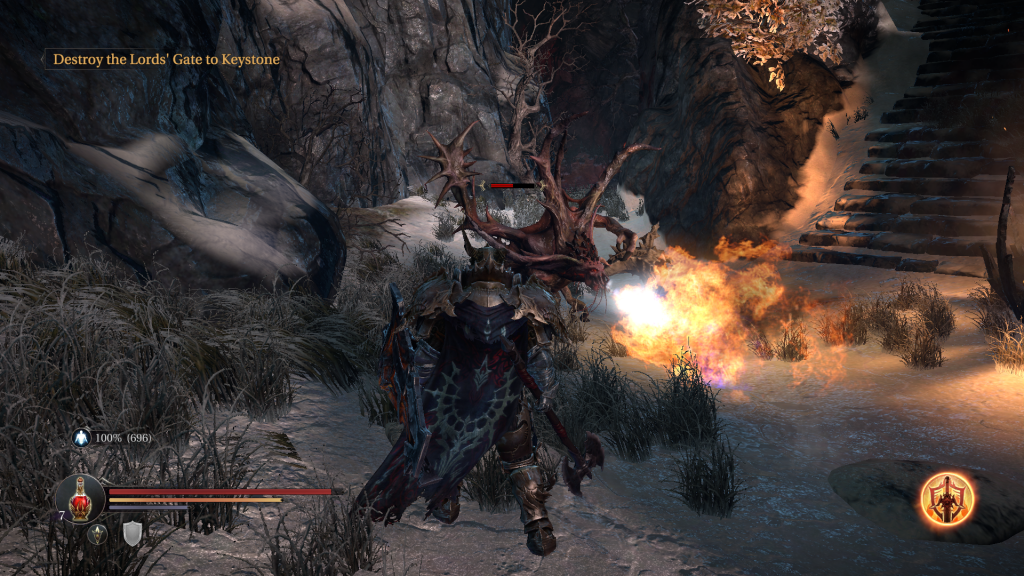 Oh god some fire … my frame-rate …

Getting better performance and uncapped frame-rates out of Lords of the Fallen on PC could be as simple as a trip the game’s pair of settings.ini files. The following suggestions probably won’t solve the unfortunate hard crashes that some players are reporting, but they can squeeze out a few extra frames.

Update 29 October: The latest patch (1.1) can now toggle Vsync and the pesky Nvidia PhysX stuff via the main graphics menu, so this guide is mostly now only useful for uncapping the frame-rate. You shouldn’t need to do any of the other stuff.

The game has two settings.ini files, and to be on the safe side you should probably change values in both of them. The one in Username/My Documents/Lords of the Fallen seems to be dominant, but it won’t hurt to alter both.

To get to the first settings.ini, browse inside your Steam directory for the main Lords of the Fallen folder, or just right-click the game in your Steam library, choose Properties followed by Local Files, and finally select the “browse local files” button.

As mentioned, the other one should be in your “My Documents” equivalent in a Lords of the Fallen folder.

Open up both settings.ini with notepad or another program capable of reading and editing .ini files. You’ll now see a selection of options that can be tinkered with.

AMD card users should switch the “apex_gpu_support_enabled” from ‘true’ to ‘false,’ in both files because that’s an Nvidia PhysX thing that AMD cards won’t use, but may still be a performance hog. Nvidia users with low frame-rates might want to try switching it off as well.

If you want to unlock the frame-rate cap of 60 (you’ll need a pretty hefty machine for this to be worth it,) or perhaps cap the frame-rate at lower than 60 for some reason, simply change the “max_frame_rate” valve to your number of choice in the settings.ini from the Steam folder.

In the other settings.ini (from My Documents) add the following somewhere:

I put it after the Vsync flag and that seemed to work.

Speaking of which, Lords of the Fallen’s Vsync can also be set to ‘false’ in both settings.ini files. You’ll need it to be false if you wish to uncap the frame-rate above 60. Be aware that doing this gave me frame-rates of 2,000 or so (at least according to FRAPS) during the start-up logos. This calmed down to the selected .ini value once I was in the main menu itself.

You can also check and alter your graphics settings in the “My Documents” .ini. For some reason, even though I had Volumetric Lighting switched to off in the options menu, it was listed as “High” here.

Save any changes you make to both settings.ini files, and they should take effect next time you load the title up.

If you need a hand with some of the game’s bosses, have a read of the IncGamers Boss Guide. Our full review is also up, and can be read here.