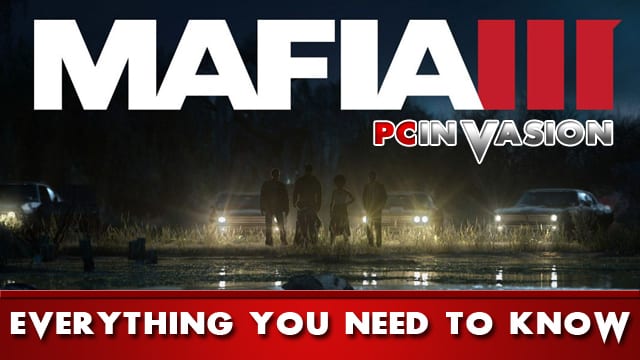 Back Story of Mafia 3

In Mafia 3 you take on the role of Lincoln Clay a former Vietnam soldier. Lincoln was raised in an orphanage in New Bordeaux (based on New Orleans) and when of age he signed up for the Vietnam war. After his tour of duty ended in 1968, he returned to New Bordeaux during a period of racially charged tensions in America. He  hooked up with the black mob, finding himself a surrogate family and in it the father and brother he had longed for.

This ‘family’ was massacred by the Italian mob, led by Sal Marcano, and although heavily injured in the attack himself Lincoln escaped with the help of Father James.

Recovered from his injuries Lincoln’s burning mission is to make the Italians and Sal Marcano pay by waging war against them and their rule over of the underworld of New Bordeaux and claiming control for himself.

To this end Lincoln allies himself with other criminals including Vito Scaletta (the lead from Mafia 2) all of whom have personal vendettas against Sal Marcano and with them he sets about building an empire and a new family.

Gameplay is in a Third person perspective and will rely on cover-based shooting as well as driving through the districts of New Bordeaux in pursuit of members of the underworld or to escape police who are pursuing you. 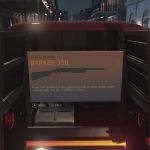 Weaponry can be accessed before each quest through a mobile weapons van, provided by a weapons dealer associate of Cassandra’s. These vans contain a veritable arsenal of weaponry to suit whichever play style you favour – guns blazing, stealth approach or a combination of both as the mission unfolds.

Everything boils down to money in the underworld and quests are focussed on depleting the funds of underworld bosses by robbing their underlings, pimps, dealers and associates in order to ultimately starve Sal Marcano of his seedy revenue streams.

Once Clay has dispatched a district’s boss and takes control of it you’ll assign that district to one of your 3 associates (Cassandra, Burke or Vito) to handle the day to day management. Who you pick will determine the increase in your income from the rackets they will run in that district. Other bonuses you’ll get in return are improved weaponry and cars and bribery opportunities that you may need to call on.

Depending on the choices you make throughout the game you’ll either keep your associates content and malleable or cause them to be displeased with you and run the risk of betrayal.

Each criminal racket within Mafia 3 is made up of various differing objectives. All of the open world activities, quests, and missions in the game are linked to the main narrative of this criminal racket. 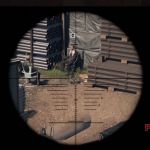 You pick and choose which quests you want to complete in order to do enough damage to that racket and eventually lure the district boss out of his hideout to defend his turf. This will entail robberies, murder and even torture to extract valuable information needed to find your way to the district boss.

Each of the rackets are protected by enforcer characters, the muscle that oversees the operation for Sal Marcano’s guys. It isn’t necessary to take out these enforcers in the open world but any you leave will fall back into the hideout making it a lot harder to flush out the boss.

Anyone you don’t kill as you progress through the missions you can go back to kill at a later date because you will be able to free roam after completing the main campaign in Mafia 3. This will also allow you to hunt down any collectables you failed to find.

The developers, Hangar 13, are tapping into the soul of 1968’s classic thriller Bullitt by developing “Hollywood action driving” in authentically designed cars. Each vehicle will be correctly modeled and respond as the real cars would such as the weight of the car helping you power drift round corners and slam into things and handling differently depending on the surface you’re driving on.

There will be options to race around New Bordeaux in race mini-games where you can earn money, new customisation options for your car and other rewards. 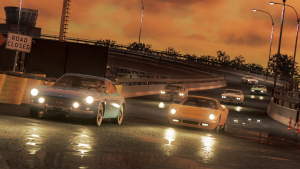 New Bordeaux is made up of ten distinct districts that you can take control of.

Outfits will allow you to customise how Lincoln looks.  You’ll also be able to modify your cars with new wheels, personalized license plates, paint jobs and more options to boost the performance of your vehicles.

All editions will come with a Family Kick-Back pack (extra weapons and vehicles) if they are pre-ordered.

The Mafia 3 game and a season pass which gives access to all future DLC for Mafia 3. 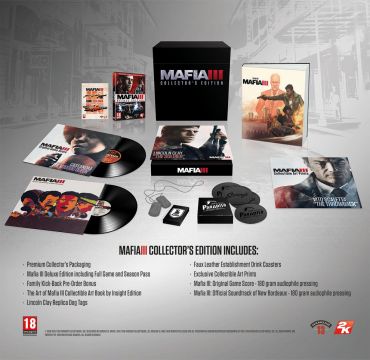 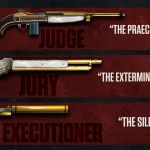 The ‘Judge, Jury and Executioner’ weapons pack will be free for everybody 30 days after the game’s 7 October release date.

At a more unspecified date, further vehicle customisation will be coming for the cars in Mafia 3. “New wheels, personalized license plates, and paint jobs” are promised there, along with ways to boost individual car performance.

These expansions are bundled in the ‘Season Pass’ that comes with the Collector’s Edition or by itself or you can buy each expansion separately as and when they’re released.

The game was released with a 30 FPS cap but that was removed a couple of days after release on PC via a patch. Tim notes:

The patch is 1.2GB and also fiddles with a few other things, most of which ties into my theory that the PC version was (and still is) unfinished. Or at least, incredibly unpolished. For instance: the controls screen has now changed to what you can see below, making it a lot easier to see the various different buttons, and a fair few of those buttons have been redefined to things that make a hell of a lot more sense for the PC. E is now both “enter vehicle” and “interact”, while previously those were split up between E and F. Changing the radio station is now 3, instead of comma. Explosives can now be cycled with Z rather than going into the weapon wheel and pressing Z (which I think, but am not 100% certain, is new)Imp

Improve the visuals on PC

Using a reshade mod, you improve the game’s visuals on the PC . Read this post to find out how.

In the US, the game will unlock on Steam at 9.00pm Pacific Time (West Coast) on 6 October and midnight on 7 October Eastern Time (East Coast). Here’s the Mafia 3 twitter account confirming that with a prospective player.

The UK will be able to start playing a little earlier, also at midnight on 7 October – but British time. That corresponds to 4.00pm Pacific (on 6 October) and 7.00pm Eastern (also 6 October). Again, here’s theMafia 3 account confirming that, and indicating that Steam’s internal clock is currently incorrect.

France’s (and therefore probably Europe’s) release time will be the same as the UK’s (midnight 7 October by British time, 4.00pm Pacific on 6 October). Once more, the Mafia 3 twitter account statesthat Steam’s own countdown is incorrect and that their information is correct.

Hangar 13 is a new studio created by 2K Games in 2014. It is headed up by Haden Blackman whose gaming credentials include producer of Star Wars: Galaxies, project lead on Star Wars: The Force Unleased both with LucasArts.  Andrew Wilson is Producer and his previous titles include Splinter Cell: Blacklist and Bodycount.

Extended Gameplay Video from Gamescom and the Tokyo Games Show

The World of New Bordeaux #3 – Weapons

The Marcanos – The Italian Mafia – 18 August

Driving in New Bordeaux – 6 May

Resident Evil Village: How to get the Mask of Pleasure

By Andrew Farrell2 mins ago
Guides

By Lauren Sayles17 mins ago
Guides

By Andrew Farrell32 mins ago
Guides