Now that everyone’s accounted for, it’s time to figure out how to get off the ship. The group will start talking about all the clues they’ve obtained. You can act baffled, probe for answers, and more. This is how all those secrets you’ve found help piece together Man of Medan‘s narrative puzzle. 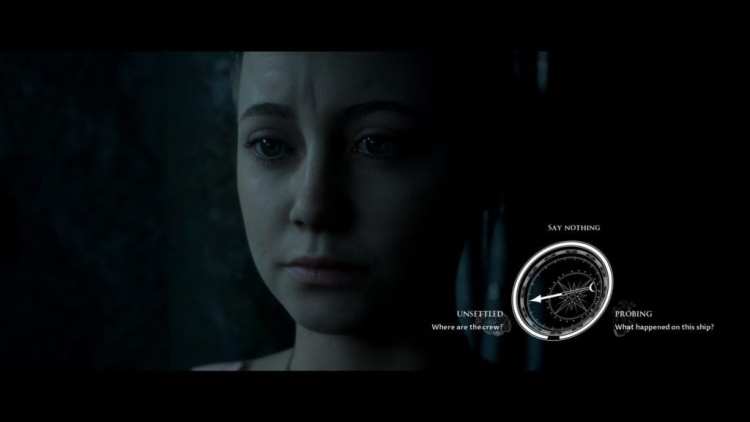 Alex tells the group to head to the comms room. Get over there, making sure to check out more secrets and clues such as bullets, rafts, and a corpse inside a garbage bin.

Get a boost from another character and make your way inside the communications room by pushing the door open. Conrad and Fliss will even remark that this is where the chase scene with the old lady happened.

Check the logbook to find out the name of the ship (we all know it’s the SS Ourang Medan).

Premonition: Interact with the painting to reveal a scene where Junior shoots himself with a pistol.

Take a look at the nautical chart to see where the ship was supposed to be headed during its fateful journey decades ago. 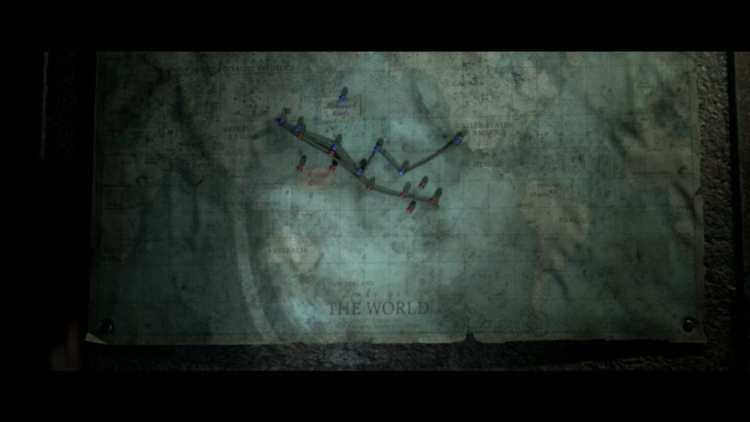 Check the torn parchment next to the dead radioman to reveal his ominous last words: “I die.” 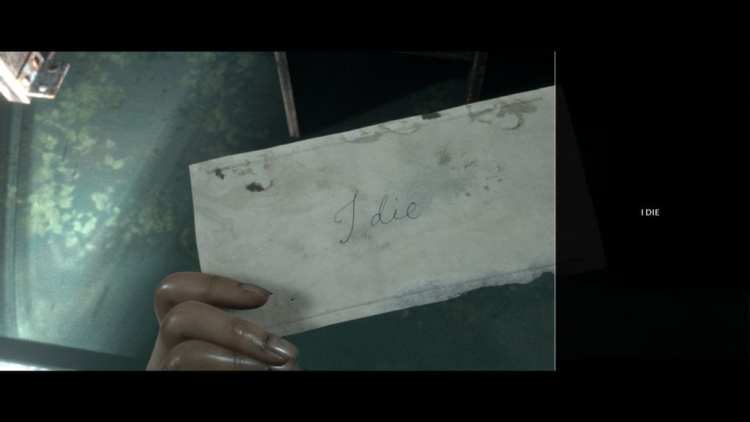 Major Decision: Use the radio and speak to the military. You can panic while speaking to them, or you can calmly tell them the coordinates of the ship… and even the vessel’s name if you discovered it from clues. Depending on your decisions now and in another major part down the line, you can drastically alter Man of Medan‘s ending. 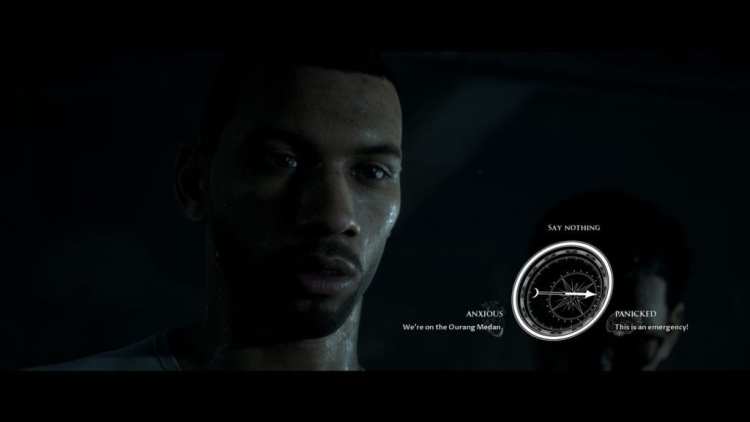 The group will spot an opening that they can check out. Based on dialogue choices, you can pick the characters that’ll head down. You can have the following combinations:

Major Decision: Your choice here would affect how the finale of Man of Medan will play out. A character you did not pick would end up searching for you later on. For this part, I chose Brad and Julia, but I’ll also explain later what’d happen if you make a different choice. 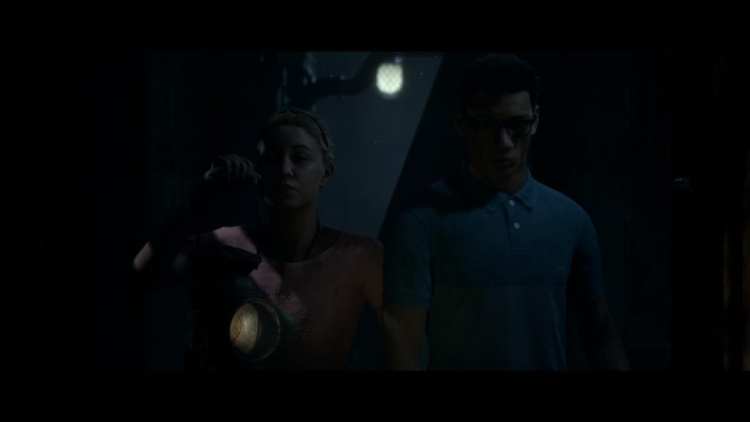 Once you’re down below, examine the clues in the two rooms at the brig. These were the rooms you started out from during the prologue.

Follow the path to the engine room. You’ll even spot a clue that says the SS Ourang Medan was built in the Netherlands prior to becoming a US vessel.

Head a bit forward and take a left at the fork. You’ll find the ship’s logbook saying that it was anchored at the time.

Premonition: When you do reach the generator, don’t interact with it and don’t go to your left just yet. There’s a narrow gap to your right that leads to a short path. There’s a skeleton here that you can check out, but, over on the far wall, you’ll spot another Premonition. This one depicts Olson attempting to choke someone with a sledgehammer. 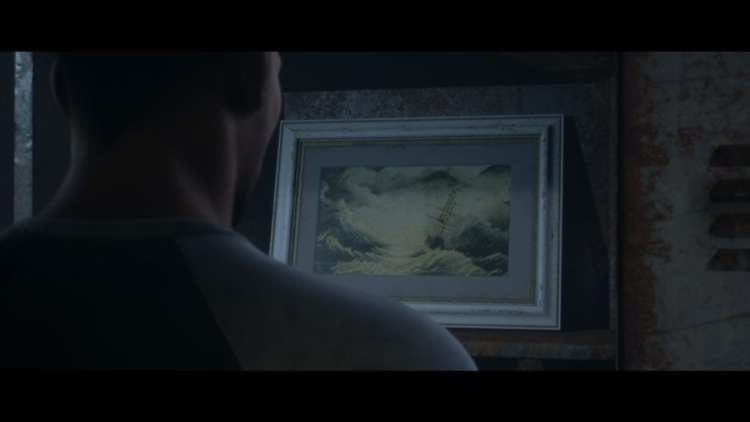 Major Decision: You can activate the generator which restores power to the radio. If you do that character will end up mentioning the ship’s name to the military if you discovered the clues. You’ll get a certain ending if you go this route.

If you do know the ship’s name already but you don’t want to divulge it to the military, don’t turn on the generator. 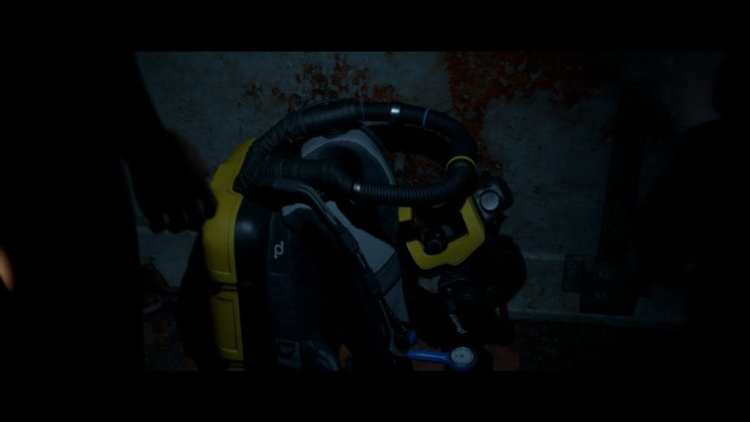 Whatever you choose to do with the generator, head to the left side corridor to trigger a cutscene.

Major Decision: You’ll find the Rebreather (the diving contraption you used earlier). Make sure to bring this along. 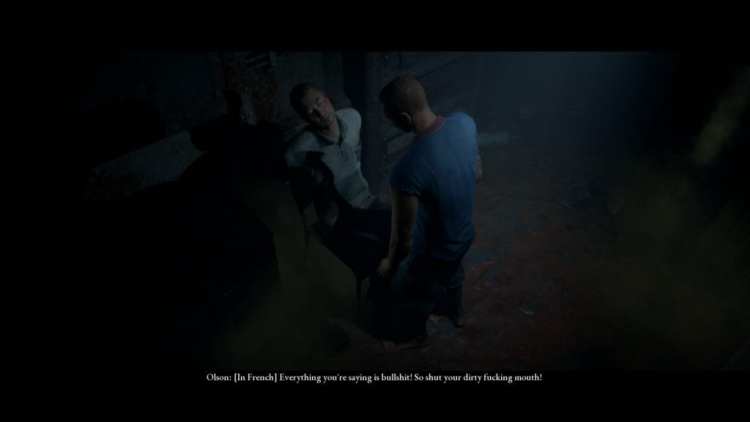 Keep Calm: Olson will hear the commotion outside. Keep quiet and time the button presses according to the rhythm. If you fail this mini-game, you’ll end up skipping the next part — which is important for Man of Medan‘s engaged lovebirds.

Major Decision: Succeeding in the prior mini-game will have Olson leave the room. You can then examine various tidbits such as Danny’s corpse and the strange mist. Olson will eventually bang on the door, and you can choose to run or inspect Danny’s corpse again. If you choose to examine the body, you’ll finally obtain Julia’s engagement ring! 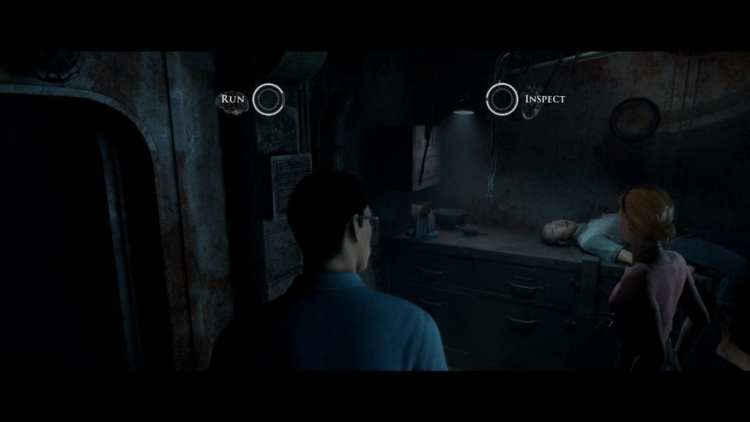 Keep Calm: Brad and Julia will try to find a hiding spot. Olson will start banging on the ship’s walls, but just keep calm while he’s at it. If you fail this part early on, the two will start running and Julia will drop the Rebreather.

Keep Calm: Another “Keep Calm” mini-game fires just a few seconds later, this time with faster patterns. If you fail this part, Julia will drop the Rebreather and the gas will slightly wound Olson. 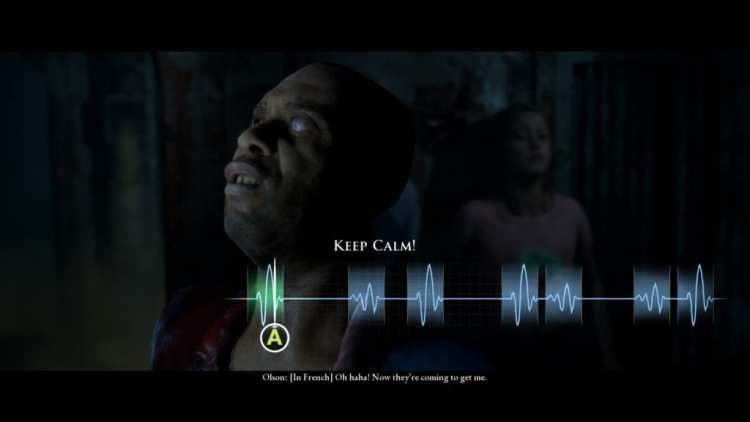 When both mini-games are done, the two will run to the next room. Junior is waiting for you here, though, and he’s got a gun.

Major Decision: You’ll have to convince Junior that the mist does exist and that it’s inside him. Here are the correct choices:

Do not, at any point in time, dismiss Junior’s claims or tell him that the mist does not exist. If you do that, he’ll accidentally shoot Julia in the head.

Major Decision: Junior will go crazy and start pointing the gun at himself. If you distract him or if you do nothing, Junior will end up committing suicide.

Achievement: If you grab the pistol, Junior will overpower you and shoot himself. But, if you still have the Rebreather, Julia can use it to subdue him. This will unlock an achievement. Junior will also be seen in the ending cinematic escaping the ship along with the gang. 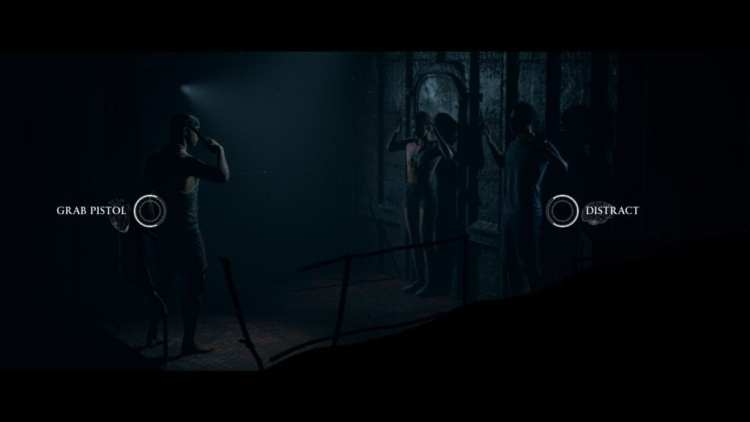 Finale: To The Rescue

Alex starts worrying about Brad and Julia, so he follows them.

Keep Calm: Once you drop down, the mini-game starts. There doesn’t seem to be any grave consequence if you fail this part.

Alex will call on Fliss to drop down as well. You might see a mysterious figure from a distance, too. 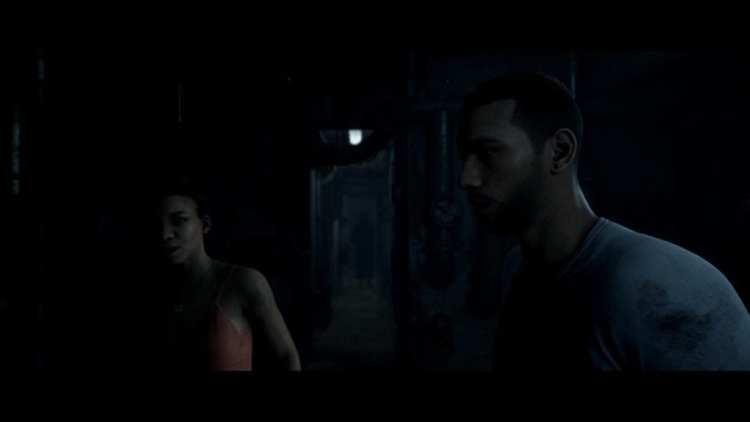 Head straight along the corridor and press the correct buttons to make your way past the gap. Fliss will find another way around.

Watch the cinematic and make your way to the small kitchen. Inside, you’ll see Olson’s gruesome demise. 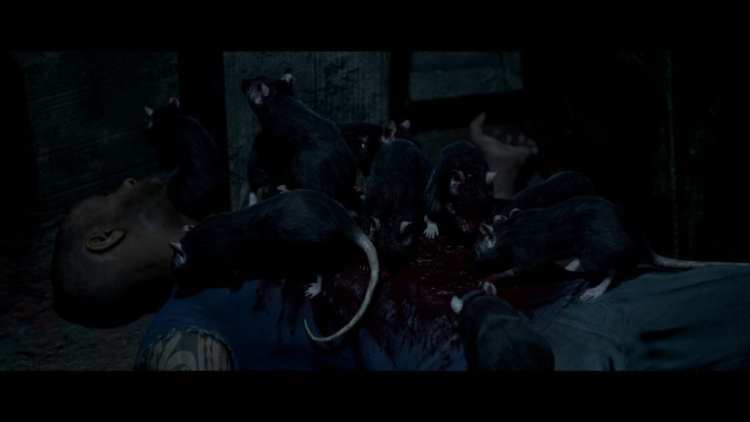 Distributor Cap: The next part will have a short QTE sequence that’s very important, as it determines the Man of Medan ending that you’ll get. Rats will start biting Alex, so press the correct buttons (X, B, A) once you’re prompted. Failing at any point in time will make Alex drop the distributor cap, leading to a completely different Man of Medan ending.

Major Decision: Whatever happens, Alex will start seeing freaky things. Terrifying surprises shock him to the core. Something is inside of him, and something else is trying to grab him! 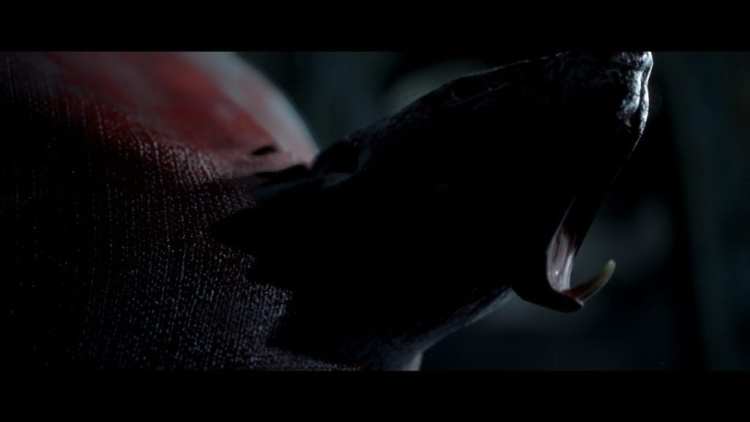 But, the good thing is, you have a knife and you can fight back. You can choose to stab yourself to get rid of the evil creature (Alex kills himself) or fight the other being that’s lunging for you (Alex kills Fliss).

Or, you can choose to let the timer expire and do nothing. Knowing what you’ve seen in Man of Medan, you should be filled with doubts by now since not everything is what it seems. 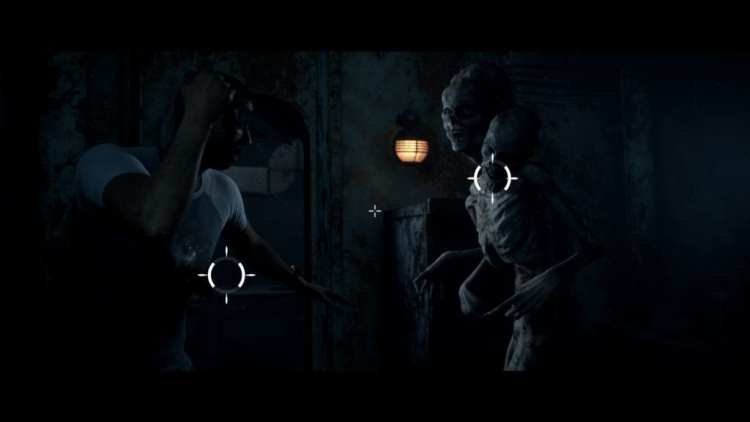 Not doing anything reveals the truth. You’re finally safe, and you can go ahead to watch the ending cinematic. Head over here to check out all the possible endings in Man of Medan. 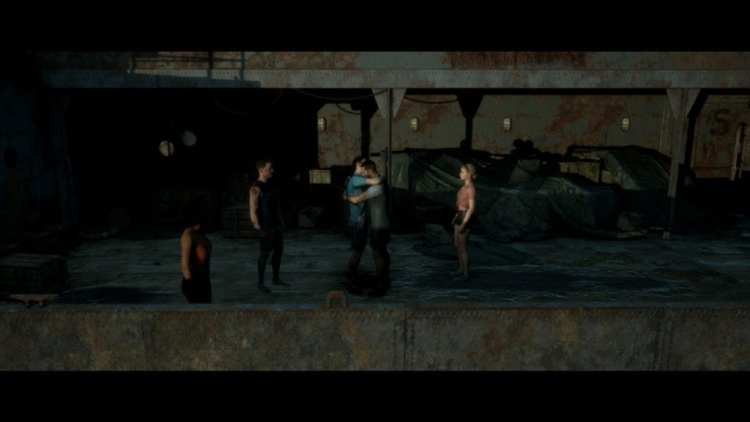 Achievement: If the distributor cap gets destroyed and the military knows the ship’s name, you can get a hilarious achievement. Hilarious for you – not so much for your characters.

This path assumes that you chose Alex to go down first along with Julia. Their short journey is similar to the one where Brad and Julia were the ones down below.

Major Decision: Don’t forget that turning the generator back on can drastically affect Man of Medan‘s ending if you already know the ship’s name. 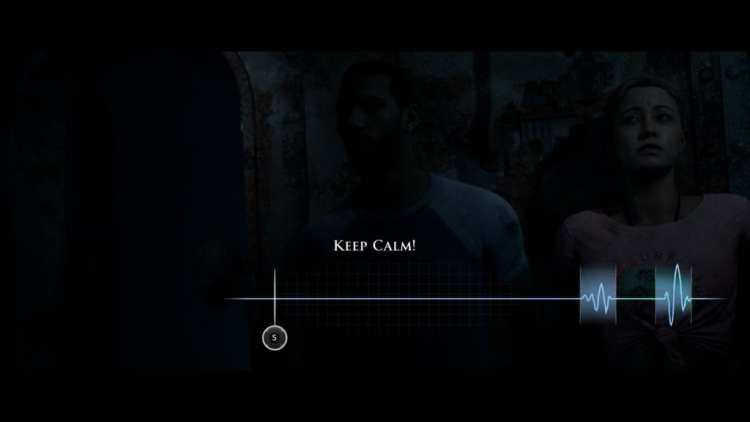 You’ll still have a couple of “Keep Calm” mini-games, you can get Julia’s engagement ring, and you’ll have to deal with Junior.

Remember, do not dismiss Junior’s claims about the mist. Also, if you’ve got the Rebreather with you, don’t forget to subdue him so he can also survive and appear for a short while in Man of Medan‘s ending. 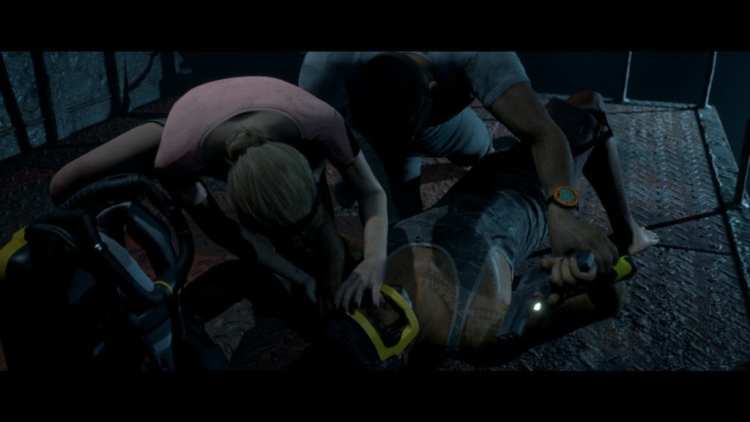 So, what’s the big difference for this path? That would be Man of Medan‘s finale.

Alternate Finale: To the Rescue

Back in the radio room, the others will hear Junior’s gun going off. Conrad will attempt to investigate. If Conrad had already escaped during Man of Medan‘s first act, then it’ll be Brad going down there.

The layout of the ship is different this time. There won’t be a “Keep Calm” mini-game. After you drop down, go ahead and follow the corridor until you reach the sleeping quarters.

Premonition: In the sleeping quarters, you’ll spot one final Premonition. This one pertains to something that’s completely unrelated to Man of Medan. 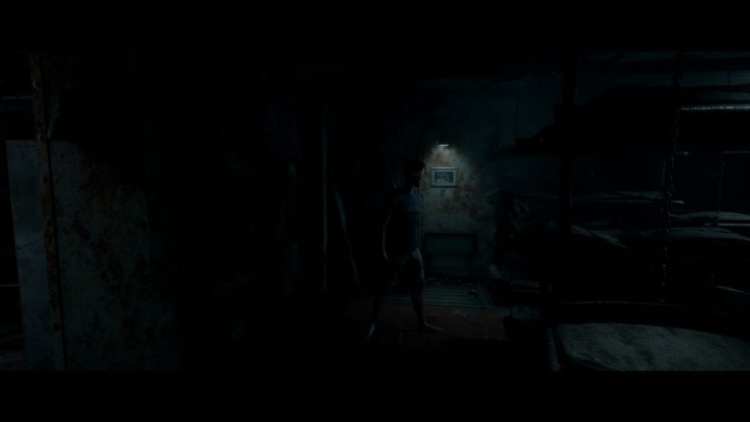 Check for the remaining clues and notes and open the door for an “old friend” to say hello.

You’ll eventually discover Olson in the cargo hold, and he’s attempting to flood the chamber despite the Manchurian Gold in the crates. There will be a fairly lengthy QTE sequence. You’ll need to avoid Olsen’s attacks. Also, make sure you grab the distributor cap. This will determine the Man of Medan ending that you’ll obtain. 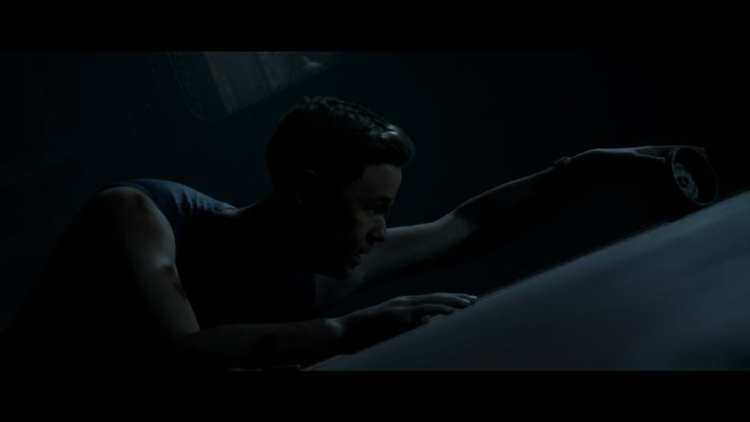 Distributor Cap: It’s imperative that you have a hold of the distributor cap once Olson lets go of it, and that you avoid his attacks. Julia will appear, and she’ll try to close the cargo hold’s metal doors. Be assertive and tell her to “do it now.” Olson will lunge for you as the door’s about to fall. Mash the button (X) to escape, and then press the next button (B) to kick Olson away. The ringleader will get squished. 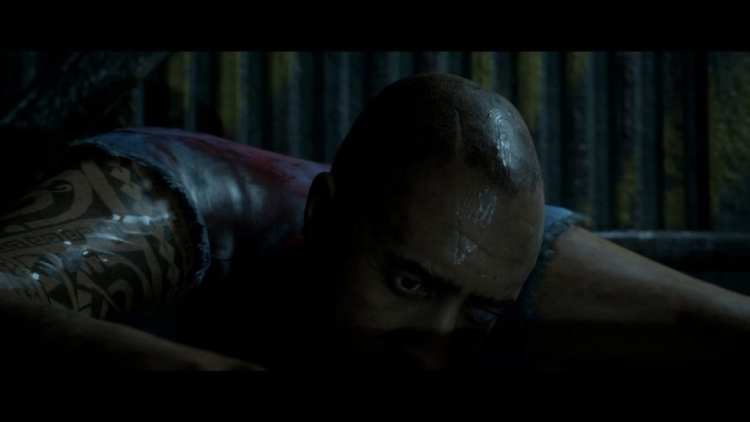 Anyway, with that done, the survivors reunite once more at the open deck. All that’s left to do is to watch Man of Medan‘s ending. Don’t forget that there’s also a post-credits scene.

Head over here to check out all the possible endings in the game. If in case you’re looking for other guides and features, then check out our nifty hub for everything related to The Dark Pictures Anthology: Man of Medan. 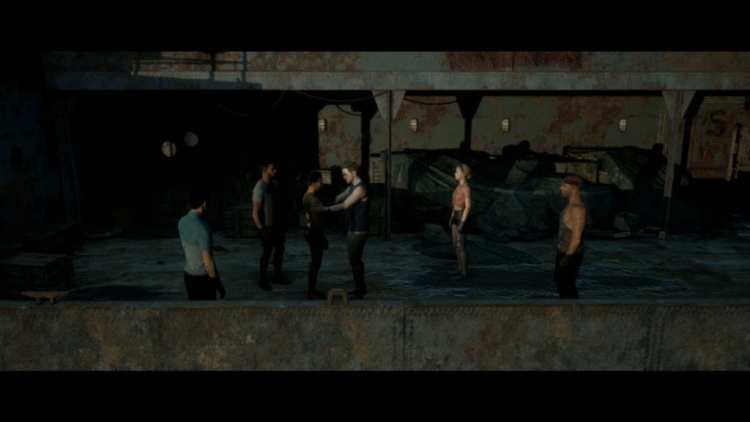 Achievement: If the distributor cap gets destroyed and the military knows the ship’s name, you can get a hilarious achievement. Hilarious for you – not so much for your characters.

Man of Medan guide – All the endings and post-credits scenes

By Chirag Pattni8 hours ago
Guides