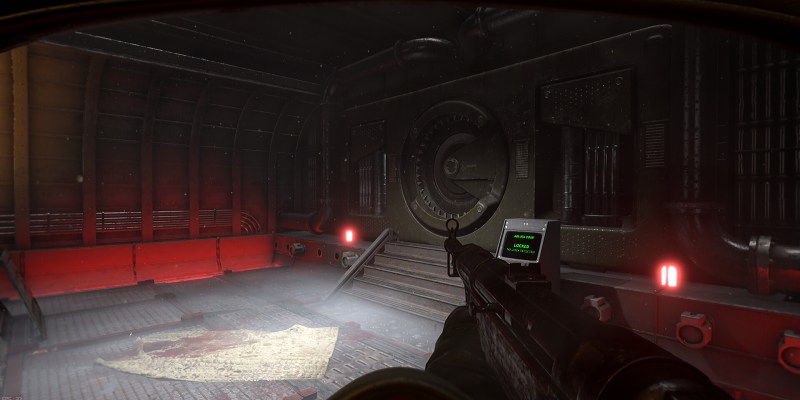 The hardcore online first-person shooter Escape from Tarkov exploded into popularity due to its immense challenge and enthralling looting mechanics. Content creators from YouTube to Twitch have helped guide its rise to stardom. It makes sense for other developers to attempt their own brand of intense PvPvE shooting action. Marauders is such a case, coming from Team17 and Small Impact Games, and you can try it today in Steam Early Access.

I do like the greasy, sci-fi premise of Marauders quite a lot. In an alternate 1990s, Earth has become an industrial wasteland forcing many to become space mercenaries called Marauders. It’s far more futuristic than our actual ’90s, obviously, as the universe of Marauders includes fancy flying space ships where you can pilfer good loot from floating wrecks for a living. Back in the actual ’90s, all I was doing was trying to avoid getting sucked into conversations about Pokémon. Marauders seems a tad more interesting, but also way more dangerous.

As Marauders does ape Tarkov somewhat, challenge is baked in. You can up to two other buddies can team up to scavenge some space hulk for weapons, gear, ammo, and other goodies. But you’re not alone. Other space mercenaries are also after that precious space booty, and they come in the form of human or NPC opponents. Skulking around, you’re bound to run into heavily armed foes. Winning means you get a chance for some potentially good loot.

I’ve never played Tarkov, but I know it by reputation. Marauders will likely be just as tough, and gameplay footage suggests there is more action to be found. You can take cover, fire down hallways, and hope you don’t accidentally shoot your friend in the back. Marauders also has space fights, with customizable ships. It could make for a fun time if you have the patience for sneaking through gunmetal-gray corridors.