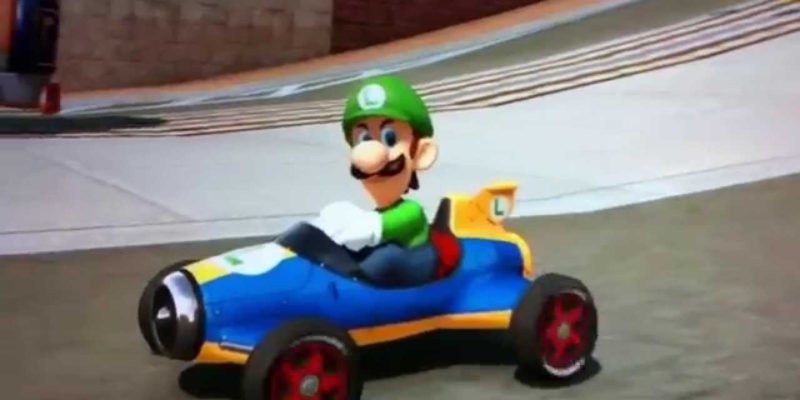 Depending on which video game website you frequent, Mario Kart 8 has either miraculously saved Nintendo and its sales-slagging system, the Wii U, or failed to do so miserably.

Cinema Blend’s gaming division, Gaming Blend, spun the latest Japanese hardware sales for the Wii U by saying it “absolutely destroyed the PS4,” thanks to Mario Kart 8‘s first week sales of 326,000. Destructoid, on the other hand, had a completely different take on the situation. Titled Not even Mario Kart 8 can get people to buy the Wii U, Destructoid judged the system’s sales increase in Japan as a failed effort. Polygon — which decreed Mario Kart 8 as the worst-selling entry in the franchise before the game launched in late May — took the negative outlook on the Wii U the furthest by saying Mario Kart 8‘s failure to top worldwide sales of Watch_Dogs brings Nintendo closer to taking the path of Sega.

The opinion of these three sites represent the mixed emotions going on right now in the media and gaming circles regarding Mario Kart 8 and the effect it’s having on Wii U sales worldwide. Obviously, Nintendo has the biggest stake in this debate, as they desperately need to regain the momentum they lost at launch for the Wii U. However, in respect to those websites, I believe they’re prematurely claiming victory and failure regarding Mario Kart 8‘s current performance as a system seller.

As Gematsu stated, Mario Kart 8‘s debut week in Japan moved 19,312 Wii U consoles — 9,000 more than the previous week — while PS4 slumped into the 6,000 range. Gaming Blend is quick to characterize this news as the Wii U obliterating the PS4 and about to take dominance in Japan. This talk is similar to the popular perspective last year, when Super Mario 3D World boosted Wii U sales in Japan for several weeks. For a moment, it appeared the Wii U had finally found its grove in the land of the rising sun. Came January, however, Japanese Wii U sales faltered back to mediocrity.

On the subject of the PS4’s performance in Japan, it’s true the system has so far fared poorly there in comparison to other regions, but the PS4 has been out in the Japanese market for about four months now. The PS4 does need more games that cater to the Japanese audience, but dismissing its sales potential so early in its life is foolish, especially in comparison to a console that had its footing in Japan for over a year like the Wii U. Brushing off the PS4’s incredible success elsewhere as undeserving and accomplished reeks more of fanboyism than professional journalism. The truth is, for the Wii U and PS4, it’s going to be hard for both consoles — and Xbox One — to claim superiority when Japan favors the mobile market so much these days.

Continuing on with the mentality of “not to judge so soon,” Destructoid’s dim view on Mario Kart 8‘s sales influence on the Wii U is too rash of a judgement. It’s less than what Super Mario 3D World did for the Wii U in its debut week, but as Nintendo has said via gaming analyst David Gibson, it takes four to six weeks for software to drive hardware sales. What separates Mario Kart 8 from other big Nintendo series like the 3D Mario games is that it has proven to be a system seller in the past.

A bit of that was shown in the UK with Mario Kart 8 boosting Wii U sales by 666%. True, percentages can be misleading without hardware numbers, but it does show that Mario Kart 8 isn’t being ignored by the public. For now, it’s too early to say the rise of Wii U console sales motivated by Mario Kart 8 will stabilize or quickly sink, but with the game’s impressive worldwide weekend sales of $1.2 million, it’s possible it will persuade a decent amount of newcomers to the Wii U, if it hasn’t done so already.

Speaking of Mario Kart 8‘s $1.2 million, Polygon’s sales comparison between the Wii U game and the multiplatform Ubisoft title, Watch_Dogs, is entirely unfair. The article only sees Mario Kart 8‘s strong weekend success in a glass half-empty sort of way, seeing its failure to top a game available everywhere as Nintendo’s ultimate defeat. Personally, since Bioshock Infinite and the closure of Irrational Games, I’m a little hesitant to call any AAA game a success until it’s stated that the game’s sales covered the cost of its extravagant development and marketing.

Looking pass that, it’s the article’s entitled nature that’s mostly off-putting. After condemning the opening sales of Mario Kart 8 at such an early stage, the Polygon article proclaims Nintendo’s best option in their “desperate time of need” is to remake their past titles in high-definition and put them on PlayStation, Xbox, and Steam, which is what every analyst has been saying. The thought of seeing old Nintendo favorites with HD graphics isn’t a bad idea, but there’s no need to sell them outside of Nintendo’s hardware. Those hypothetical titles can sell well on Nintendo hardware — and in fact, one Wii U HD remake did so last year.

Would they sell better on other consoles? Sure, but so would The Last of Us and Halo if they weren’t tied to their respective consoles. Why single out Nintendo? The Wii U isn’t in great shape right now, but unless Nintendo only has a penny left in that war chest of theirs, giving up on the Wii U isn’t an option. Seeing Nintendo improve the Wii U’s public image, game release schedule, and third-party support is what I dream most about, rather than Nintendo cashing in their chips.

I previously suggested what Nintendo could do to improve overall Wii U sales and I’m still sticking to it, but I also want to add that, despite Nintendo’s strong belief, one game cannot turn around a poor-selling console like the Wii U. If Microsoft’s heavy push of Titanfall  failed to give them the results they desired, the same will likely happen with Mario Kart 8. The Wii U doesn’t need one game to save itself; it needs more big hits, like Mario Kart and Super Smash Bros., being released for the Wii U at a steady pace to keep its sales momentum going and owners happy.

One area everyone is in agreement with is that Mario Kart 8 is a great game. That, and Luigi’s Death Stare is hilarious.

Bugout in this MilitAnt E3 2014 Trailer