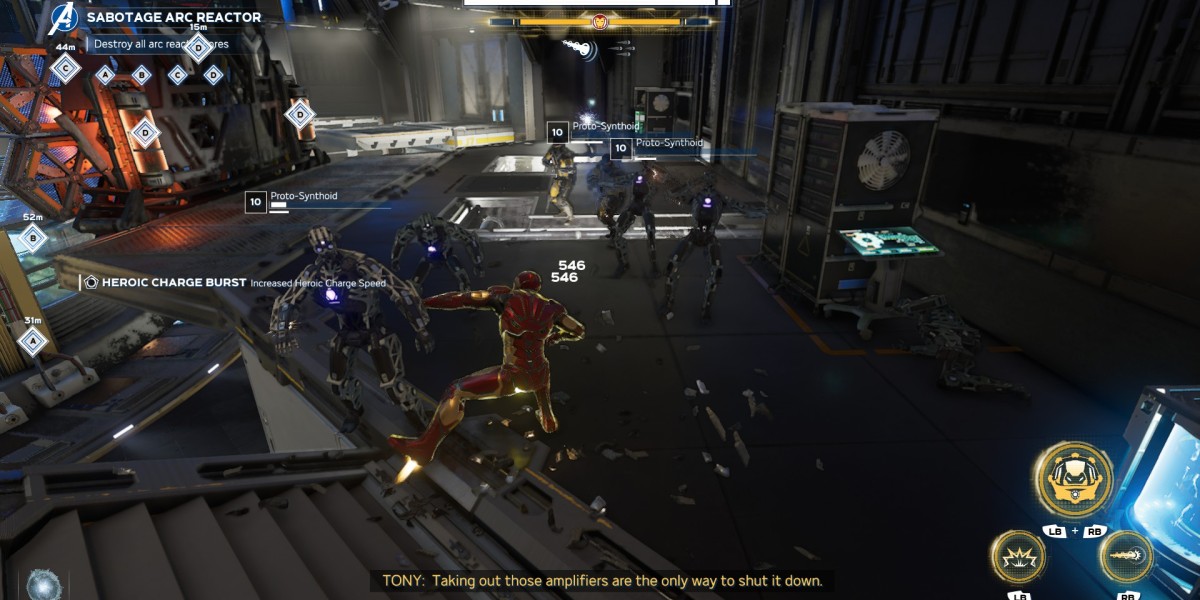 Marvel’s Avengers is a very good game, but it currently doesn’t have a very consistent PC port. While the game is very playable for me most often, it has some surprising issues that I didn’t see at all during the beta. I’m sure patches will take care of most of the things holding it back, but for now, you may have a fair number of problems from time to time. Before we jump into the specifics, let’s take a quick look at the game’s specs:

As you can see, the requirements aren’t too crazy. With my rig, I’m able to generally hover around 60 FPS with max settings at 1080p up to a high of 100 or so during less busy moments. Suffice to say, you’re gonna need some serious power if you want to hit higher framerates without dropping the graphics down. Marvel’s Avengers‘ current install size is about 58 GB without the high res texture pack and about 85 with it. While not the hugest game out there, that’s still a pretty hefty chunk of space.

Now’s as good a time as any to detail the issues that I’ve had. During the beta, the most pressing issue for me was crashing. I’m glad to say that the game doesn’t crash nearly as much as the beta did. I still get them, though. Early on, I crashed during a cutscene. At one point I switched from fullscreen to exclusive fullscreen and the game not only crashed but crashed my audio drivers too, which was strange. 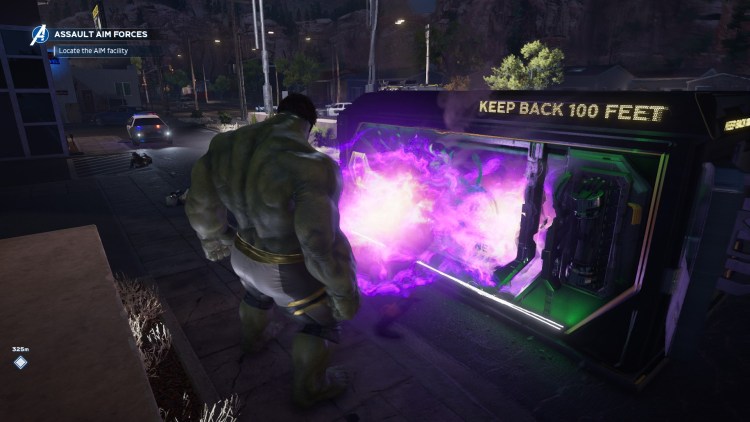 My entire PC got crashed while using the launcher at one point, which was even stranger. Merely opening the launcher initially crashed Steam. Attempting to launch the game proper informed me that my computer needed to be restarted and that some info needed to be collected. Naturally, I got stuck on this screen while waiting for the restart to happen and had to reboot manually.

That’s not the end of the strangeness, though. One time I entered a vendor screen, only for the game to refuse to allow me to exit it. I got totally stuck and had to force close it, which brought up the prompt asking me if I wanted to quit in the game itself. Something similar happened when I was greeted with a black screen and nothing else after finishing a mission.

On top of these issues, I had some persistent stuttering that made the game practically unplayable for a time. Thankfully, this stopped and hasn’t reappeared since, even though I didn’t change anything. What I couldn’t get rid of was the persistent cutscene problem that plagued me for the entire game. A cutscene would be playing normally before the video would pause completely. The audio would keep playing and the video would start repeating a very short loop of animation before stopping. At this point, the audio would follow suit and I’d have to wait for thirty seconds or more for the game to fix itself, which generally resulted in the animations being sped up dramatically in order to catch up. 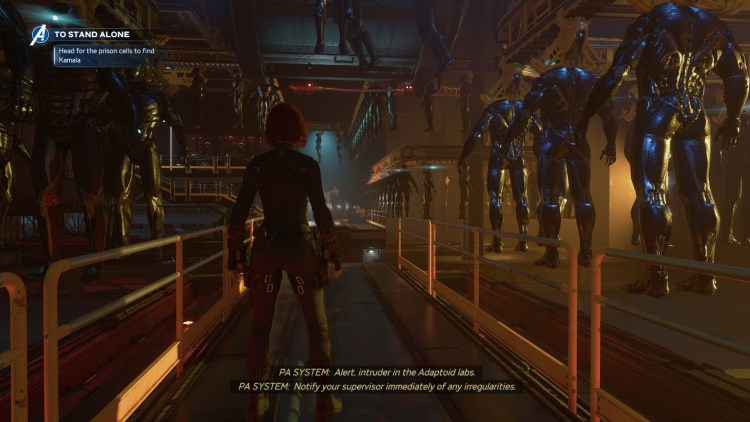 Truthfully, I’m surprised by the breadth of the issues that both myself and many others are facing, especially since many of these problems weren’t present in the beta. By that same token, it’s kind of fascinating that all of these new problems would crop up like this. Still, I’d be shocked if most of this isn’t ironed out in the next couple of weeks or so. Anyways, that’s enough of the problem breakdowns. Let’s take a look at the game’s graphical options.

Marvel’s Avengers has a fairly detailed selection of different options for the PC, most of which are expected of a game of this caliber. 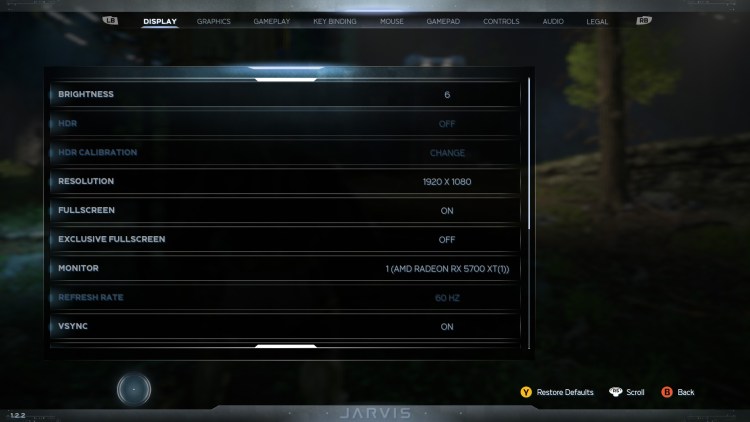 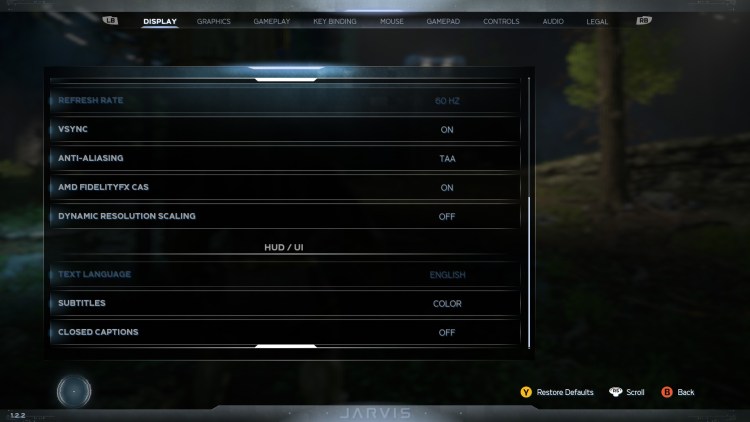 Here we can see the game’s display menu, which has few surprises. The anti-aliasing is TAA, so you don’t have to worry about any of that FXAA nonsense. AMD FidelityFX CAS makes a welcome showing, which makes the game nice and sharp if you’ve got the power to utilize it. You’re also given a choice between monochrome and color subtitles, plus closed captions. Strangely, having closed captions off doesn’t actually turn them off, as they’re still included. Even more bizarrely, the captions seem more akin to script details than things helpful for the hard of hearing. My colleague Tim thinks it’s possible that they just dumped the entire script in and used that as the subs, which would certainly explain things. 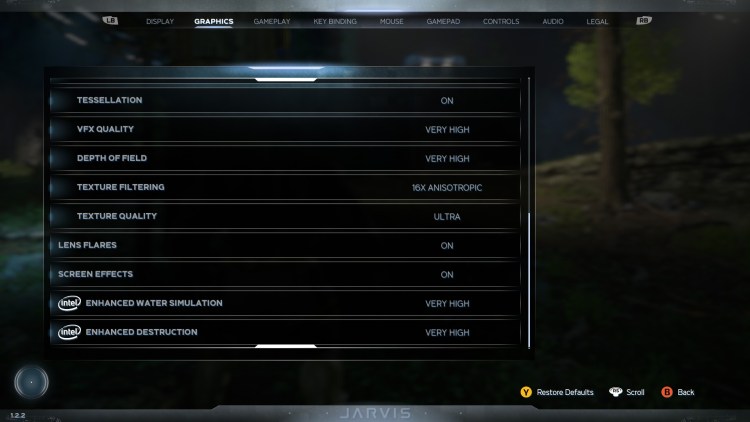 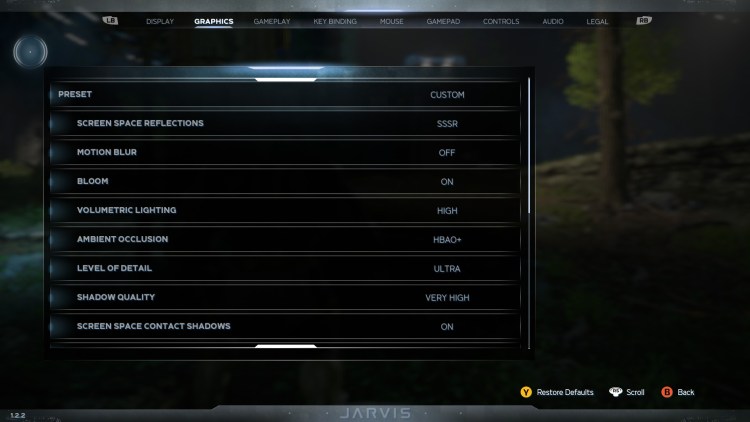 Adding the texture pack allows both textures and level of detail to be set to Ultra. As you can see, most everything is highly configurable, so you should be able to easily tweak things to suit your needs. Here are some pictures of choice settings on and off: 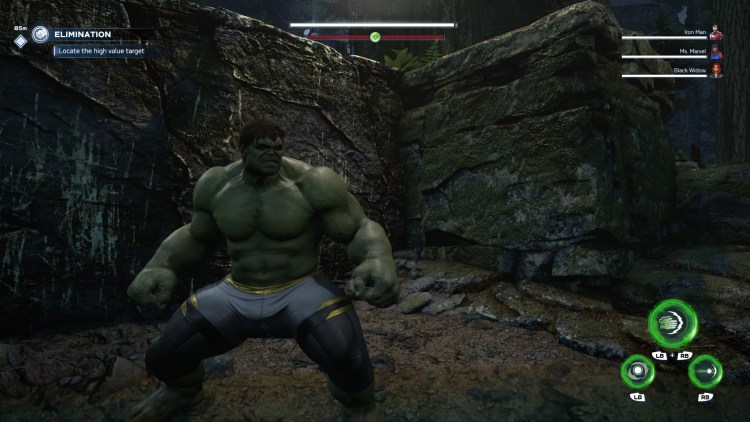 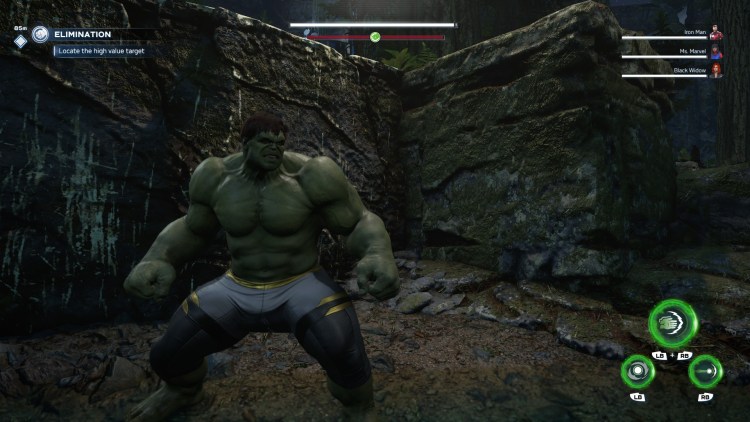 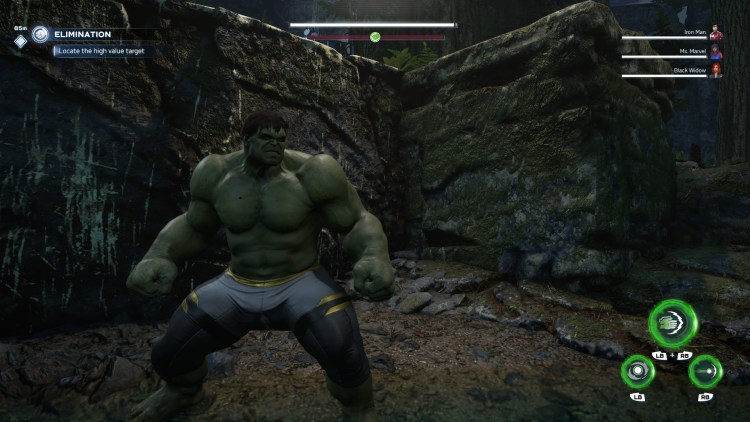 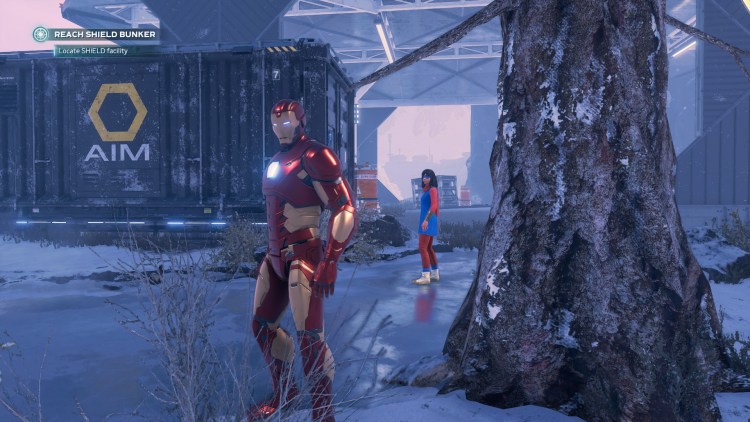 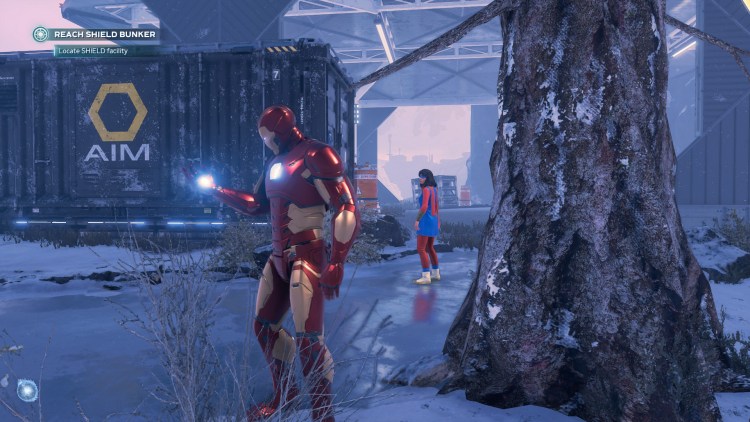 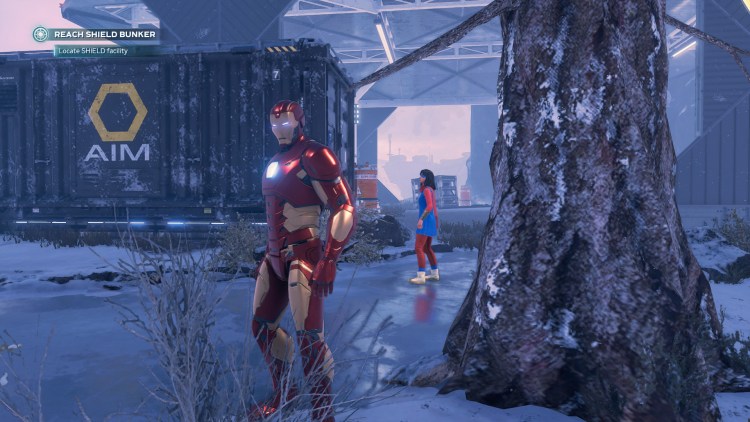 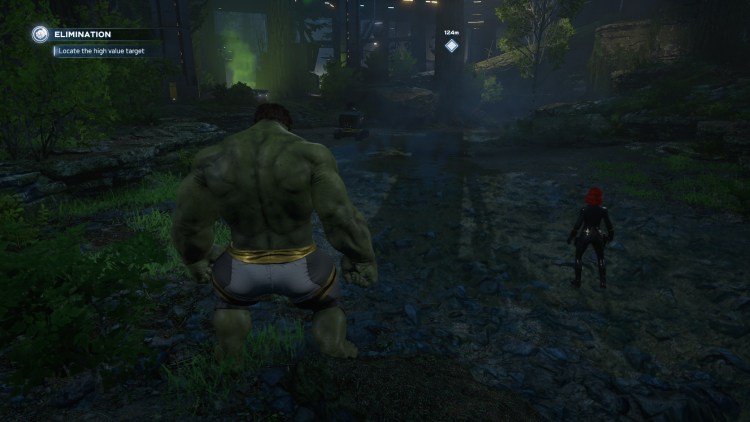 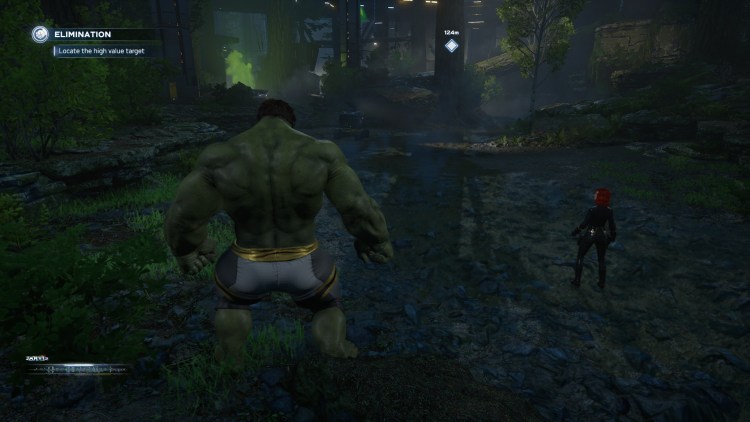 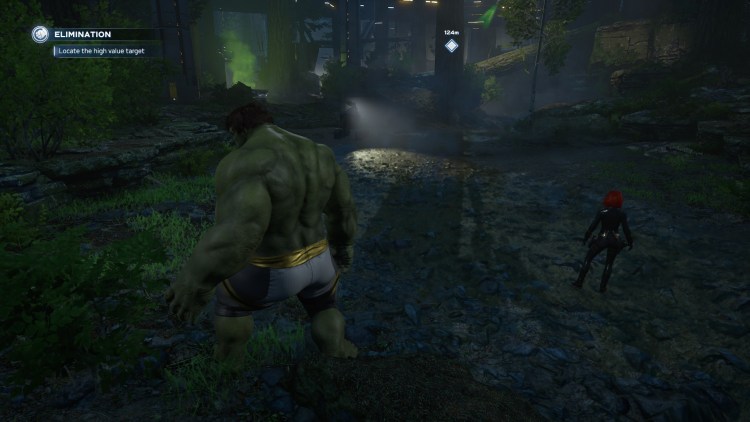 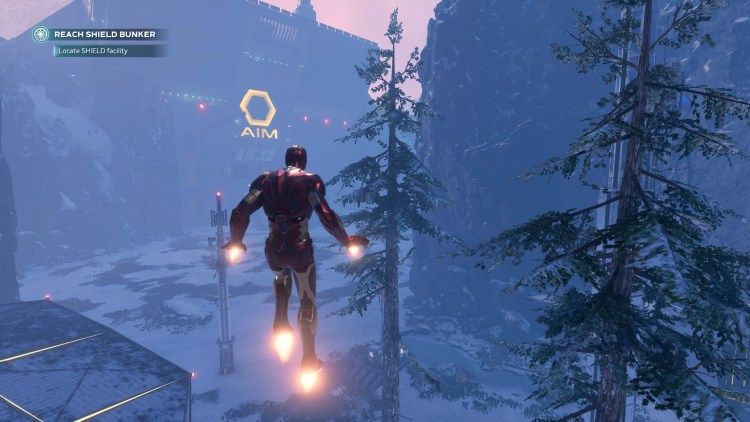 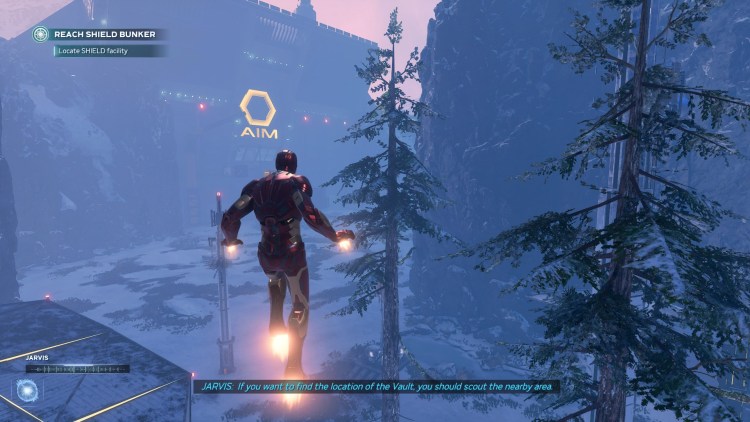 Whew. Hopefully that gives you a bit of a taste of what you can expect from some of the different settings. The difference in textures and detail from very high to ultra exceeded my expectations, making it a bit of a wonder that they hid the feature in the DLC tab. Granted, the game looks great no matter what.

There you have it

You can rebind keys and adjust sensitivity and the like, as per always. I’m actually not entirely sure if you can rebind gamepad buttons, but there certainly doesn’t appear to be an option to change the kinds of button prompts you see. 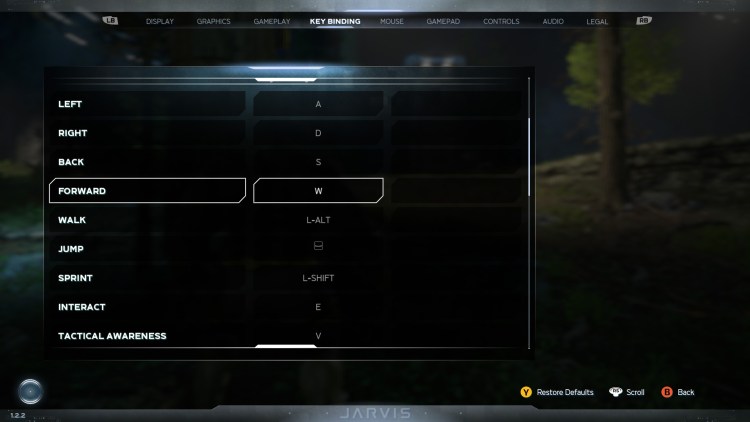 Overall, the PC version of  Marvel’s Avengers has most things you’d expect even if the performance issues can be troubling. Tim barely had any issues on his Nvidia GPU, however, but there are plenty of people who aren’t so lucky. I even saw someone with a 2080 Ti say that they were having some serious framerate issues. So, yeah, you may want to wait for a patch or two depending. For the most part, the game is generally playable for me, as I’ve been able to dump hours into it. Just be prepared, is all.