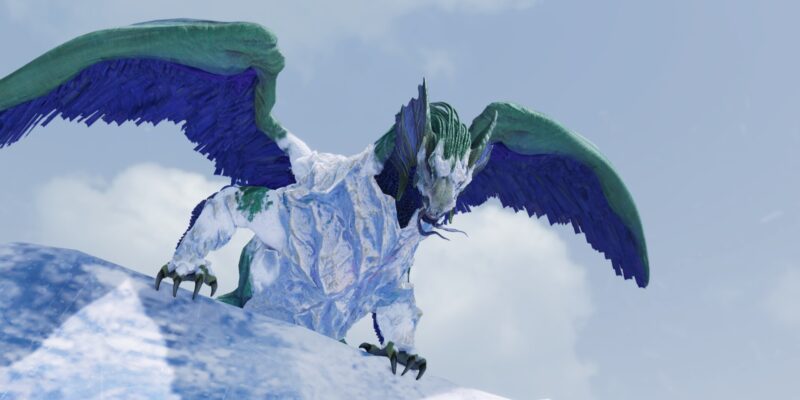 Once you enter the latter part of Marvel’s Guardians of the Galaxy, you’ll be confronted with the game’s second major boss battle where you’ll have to beat Fin Fing Foom. As you’ve no doubt noticed, there’s a pretty substantial gap between the first and second big fights. But at least they went big. Fin Fang Foom is, obviously, a giant space dragon. He’s also one of the oldest characters in the game, as he was created by Jack Kirby and Stan Lee. It’s not a tough fight, but there are a couple of things that could possibly confuse players, so I’m going to break down what you need to know to stomp the big guy flat.

When the fight starts, you’re not going to be able to hurt Fin Fang Foom for a while. If you look, that’s because he’s wearing four pieces of armor. There’s one on each arm, one on his torso, and the last is on his face. The opening section of the fight won’t end until all four are destroyed. Obviously, you’ve just received the last of Star Lord’s elemental upgrades — the plasma blast. Go ahead and charge that sucker up and unleash it on all of Foom’s armor pieces. Your teammates will also chip away at it, although you won’t be able to direct them to do anything in particular.

Once his armor is destroyed, the fight properly begins. You’re going to want to focus on defense here, as Fin Fang Foom isn’t particularly vulnerable during most of this fight. Keep moving and watch out for indicators on the ground that spell out where his attacks will strike. He’ll shoot at you, plus swing his arms, so just keep moving and dodge as needed. Although your damage won’t be high, you can do chip damage while you dodge around. Blast him with your guns and he’ll take small amounts of damage which will add up over time. 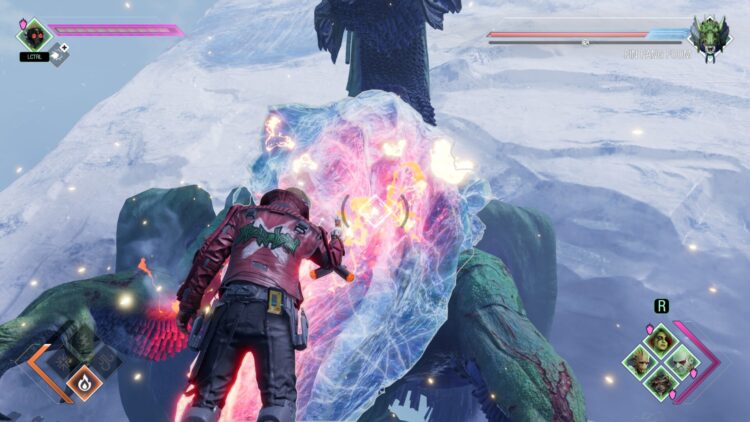 When it’s time to hit him, something very specific happens. The ground will begin to get covered by warning sections that indicate that the ground is about to be bombarded. This covers a very wide expanse, so keep moving and dodging to ensure you’re not standing in the fire zone. Try and move close to Foom while doing this, though. After this attack ends, he’ll finally become vulnerable. A prompt will show onscreen and you need to press the indicated button. This will cause Drax to throw a large stone at Foom.

Once Drax’s stone hits its target, Foom’s stun meter will fill up and he’ll fall forward. You’re going to want to hit him with everything you’ve got. Most importantly, you’ll want to make sure you tell Gamora to use her ultimate attack, which does a ton of single target damage. You’ll also want to have Star Lord use Fan the Hammer, as that’s one of the best moves in the game and will also kick the damage up. You can’t go wrong with Rocket’s ultimate either. Once Foom gets back up, you’ll need to repeat the previous step a few times. All of your team’s major cooldowns should reset during this time, so hit him with everything you’ve got and Fin Fang Foom will be down and out before he knows it. 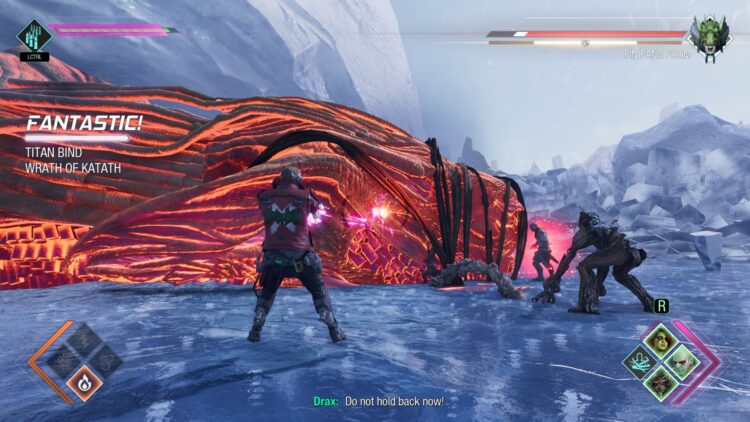 Marvel’s Guardians of the Galaxy: How to beat the Dweller in Darkness

Marvel’s Guardians of the Galaxy: Quick tips for prospective guardians