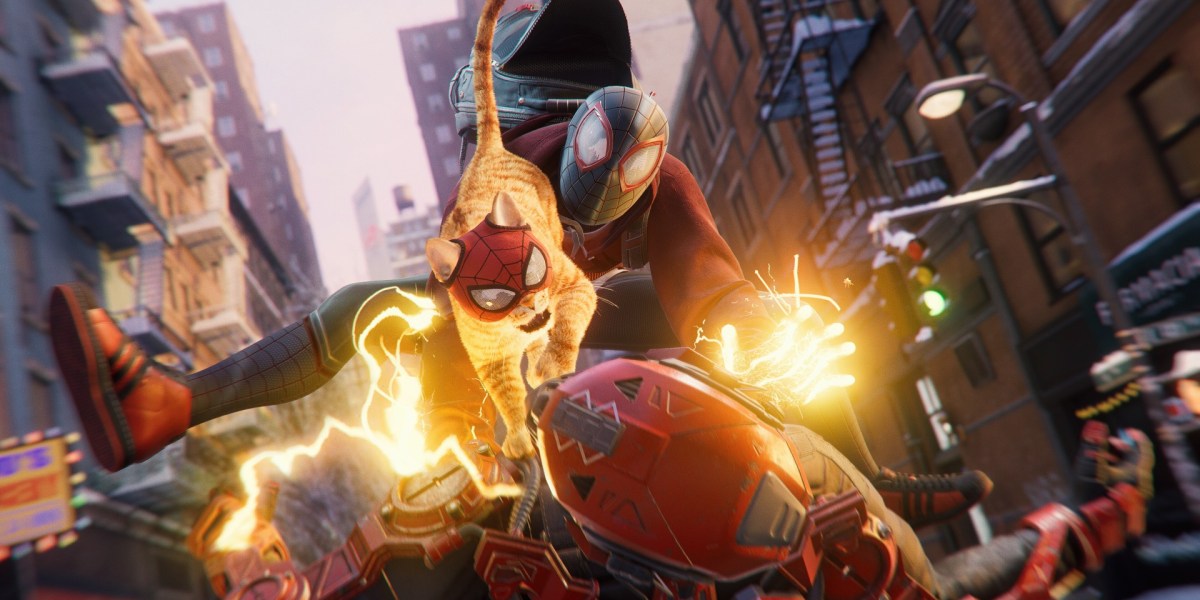 In one month, Peter Parker is going on a vacation. Marvel’s Spider-Man: Miles Morales at last had its PC release date announced, alongside a new trailer that highlights some of the enhancements coming our way. The game will hero-land onto Steam and the Epic Games Store, bringing along graphics options ranging from ray-traced reflections to configurable aspect ratios.

Miles Morales‘ release date is set for November 18 on PC, and Nixxes Software has packed it full of neat updates. Depending on your rig, you can run the game with full ray tracing for shadows and reflections. The game also supports aspect ratios up to ultra widescreen and triple monitor setups. Graphics options will include texture quality, crowd density, FOV, and more. Scroll down to check out the recommended specs.

It’s also an early adopter of Nvidia’s new DLSS 3 tech. If you managed to grab an RTX 4090, you’ll be able to run the game using DLSS 3 for even more framerate gains. The game also includes support for DLSS 2 in case you don’t, as well as DLAA and Reflex. The trailer below runs you through everything.

Naturally, you’ll probably want to know if your PC can run Spider-Man: Miles Morales when it reaches its release date next month. The studios have provided a neat graphic running through the PC requirements, which should give you a great idea. Of course, if your PC struggled a bit with Spider-Man Remastered a few months ago, it likely won’t fair much better. On the lowest settings (720p30), the game requires a GTX 950 GPU and an i3-4160 CPU (with AMD equivalents). Bumping that ray tracing up to ‘amazing,’ however requires at least an RTX 3070 or RX 6900 XT GPU and an i5-11600K or Ryzen 7 3700X CPU. Ultimate settings ask for at least a 3080 and an i7-12700K, as well as 32 GB of RAM. 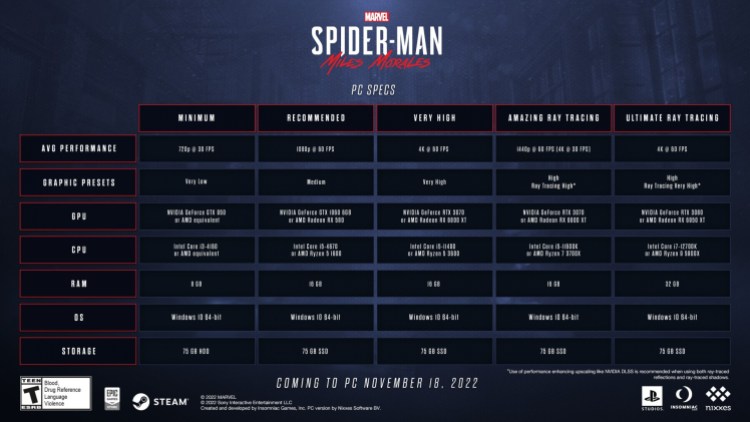 Pre-ordering the game will net you a few bonuses. You’ll get early access to the Gravity Well gadget and three skill points to spend, as well as a couple of suits like the Spider-Verse Suit. However, just playing the game will unlock those items, so it’s up to you if you want to cut in line a bit.

Konami is looking into creating new Web3 and Metaverse projects