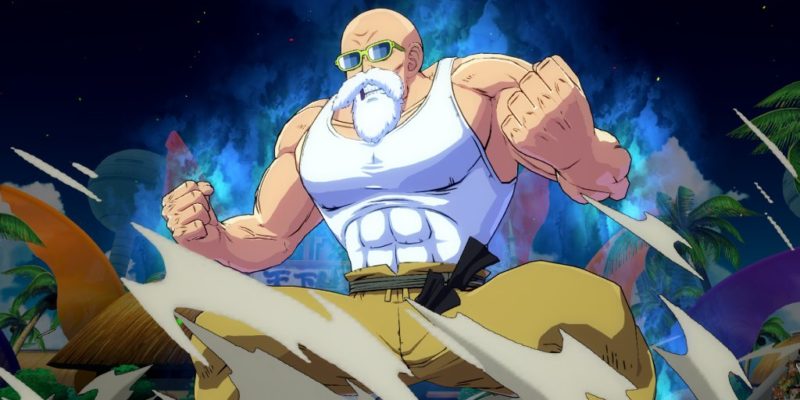 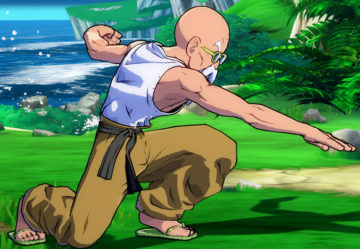 For a character to do well in Dragon Ball FighterZ, they need a crouching light attack that hits low, forcing the opponent to crouch and block. Thankfully, Roshi has this down. The move is +7 frames, so it’s pretty fast. It’s also -4 frames on block, making it extremely safe. This is Roshi’s go-to low attack. It can also chain into itself twice.

Comes out in 6 frames, putting it into the same category as some of the fastest light attacks in the game. 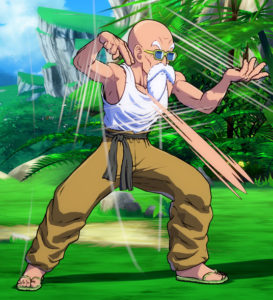 The second hit of Roshi’s light autocombo. A multi-hit move that if the opponent uses a guard cancel, you will have time to respond with 2H. It has 8 frames of startup and is -7 on block, making it only punishable by very fast normals. 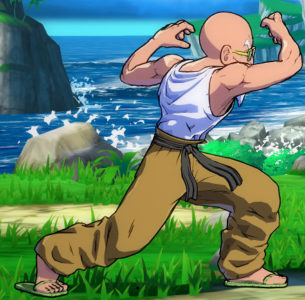 The third hit of Roshi’s light autocombo. It has 15 frames of startup and is -5 on block. It sucks the opponent towards you a little bit, meaning you can do an instant air dash into Back Kick, even in the corner.

Moves Master Roshi forward and is great after an opponent uses reflect to push you away. It is also only -5 on block. This is Roshi’s best way to start a combo from midscreen. 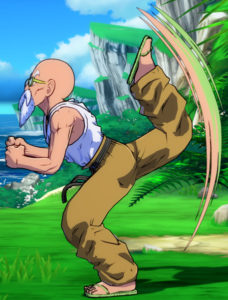 The hitbox is very high up on this one, making it great for re-jump combos. Like 2M, it also moves Roshi forward a little bit. Comes out in +11 frames and is -8 on block.

One thing to note about Roshi’s medium attacks is that, since they are very minus on block, they are not good for stagger pressure. Thankfully, Roshi’s 2S makes up for this, which we will go into in a bit. 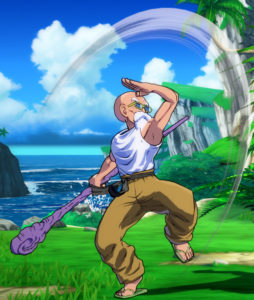 Moves Roshi a little bit backward on hit or miss. It jails the opponent, comes out in +13 frames, and keeps Roshi grounded so he retains all his ground special cancel options.

As a refresher, or for those who don’t know, a move that “jails” the opponent means that it can be canceled into a vanish and the opponent will have to block. They cannot respond with something like 2H and punish you. This is very important for getting close to the opponent, especially for a character like Roshi (who has no super dash).

This is Roshi’s smash attack. Has decent range and cannot jail the opponent. 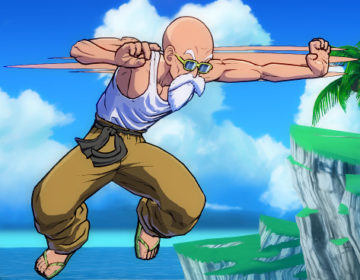 This move hits the opponent out of super dash.

Not a traditional ki blast, instead it sends out a wave that reaches almost full screen, similar to a move by Adult Gohan. But unlike Adult Gohan, it cannot be evaded by crouching. It’s great on block for locking down the opponent and can jail the opponent. It is also a true blockstring when canceled into Kamehameha and beats super dashes.

On the next page, we will cover one of the aspects that makes Roshi truly unique, his command normals.