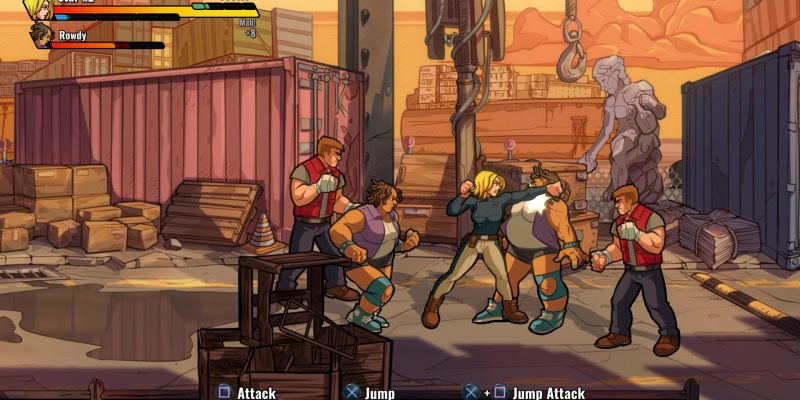 I’m not going to beat-em-up around the bush here, okay? Mayhem Brawler is a hell of a lot like Streets of Rage 4. It has a similar art style and the fighting feels like more of the same. But SoR4 isn’t an especially long game and beat-em-ups have always been similar to one another, so this isn’t a bad thing! I got the chance to put some time into the game’s beta and, yes, it was immediately familiar. But the visuals, controls, and gameplay are all well done. Plus, it does a couple of things differently that I think will make it well worth a look when it releases later this year.

There are three characters in Mayhem Brawler, all of whom have their own stats. The characters are part of a police team and neatly fit into the standard three types we expect at this point. The all-rounder is a guy with a mutated arm, the big rock dude is the slow, tanky one, and the woman with telekinetic powers is the nimble, yet weak one. They withstand and dish out varying amounts of damage and have unique abilities. It’s a beat-em-up though, so they still play similarly to one another. There’s not much of a way around that.

You know how these games work. You walk, kick the crap out of a bunch of dudes, then walk some more. At the end of each stage, there’s a boss battle that needs to be put in the rearview before you can progress onto the next stage. The combat is on-point, which is the most important aspect. It isn’t quite as impactful as SoR4, but I was surprised by how similar the quality is in Mayhem Brawler. The character artwork and backgrounds are detailed too. If you like beat-em-ups, you’re probably going to have a good time with this game. 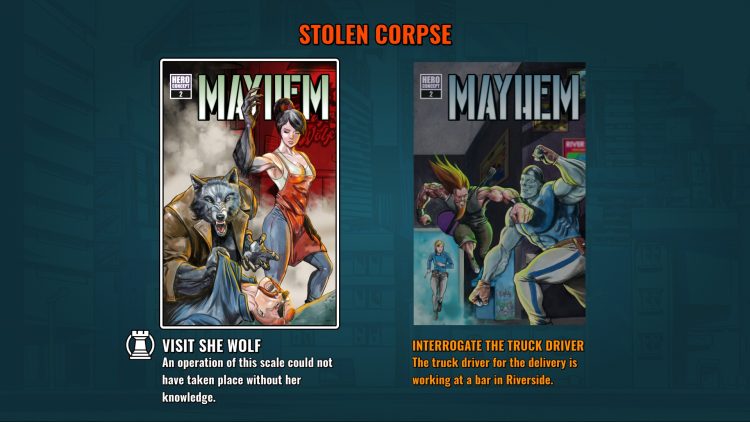 In case your impression is that Mayhem Brawler is entirely a knockoff, I’ll note that there are some major differences that make me prefer certain aspects of it more than SoR4. The most obvious difference is that there’s a branching narrative. You make choices between stages and can take different routes through the game. This adds even more variety to playthroughs beyond choosing different characters. The levels and their enemies are often themed too. For instance, options for the second and third levels include choosing to take on werewolves or vampires, respectively.

Another one of Mayhem Brawler‘s biggest differences is that you can block! Hooray! You couldn’t do that in SoR4. It’s helpful too, as this game is tougher than I was expecting. The difficulty can’t be changed without starting a new playthrough, so you can’t retry an easier version of the level that just thrashed you. Specials are also handled differently. Instead of potentially sacrificing health for regular specials and having supers, each character has two specials that draw from meter bars. Your meter fills back up over time and fills even faster when damage is dealt. Even better, it grants invulnerability, so you can use it to emerge from tricky situations unscathed.

I rather like Mayhem Brawler so far. It’s a solid beat-em-up that offers pretty much everything most fans of the genre would want out of a game. You don’t have all that long to wait either, as the game is walking right and getting ready to throw you into some trash cans. 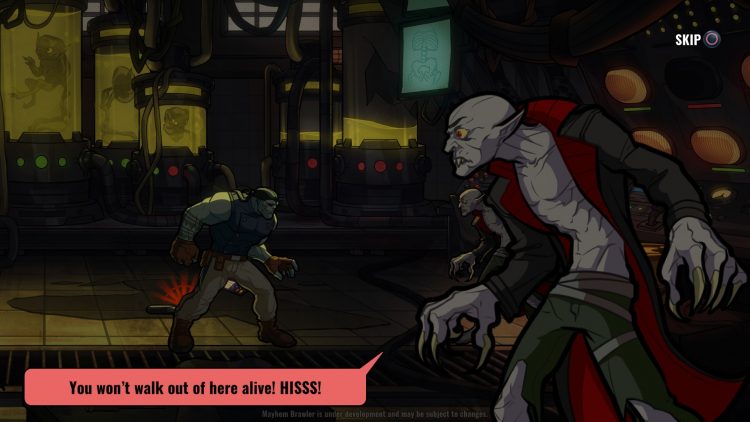 By Kurt Perry19 hours ago
Previews