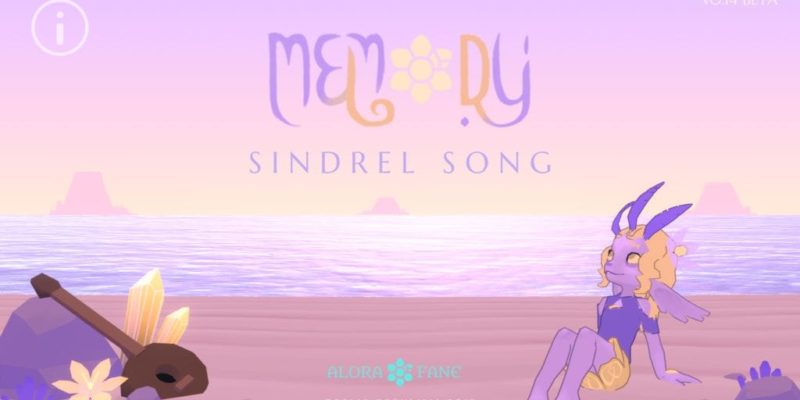 Today indie game developer Tobias Cornwall announced the official release of his latest project, Memody: Sindrel Song. It’s expected to come out on Aug. 28 and will be available for download on Kartridge.

Memody is a memory-based rhythm game. Unlike most rhythm games, Memody does not have players reacting to rhythms. Instead, they must memorize and play back various melodies.

Each song is broken up into several segments. In addition, some segments are duets. Players must remember and repeat the songs using six keys that correspond to one of two musical scales. Mistakes will interrupt a song until the correct melody is played. As the story progresses, songs will be increasingly difficult and challenge players to actively listen to advance.

Memody takes place in a foreign world where musical sindrels roam free. Players will follow the journey of a newborn sindrel named Memody. Sindrels are unique creatures who are born into the world with only six days to live. Fortunately, sindrels have a way to overcome this natural death and obtain immortality. Memody is offered immortality, but throughout her six-day lifespan, she questions whether living it is truly worth it.

Each sindrel is born with a daemon, otherwise known as a helpful voice inside their head. Memody’s daemon, however, is cruel and negative. The nature of her daemon makes Memody question her life and purpose in the world.

She spends her short lifespan speaking to six other sindrels who’ve chosen immortality over death. Each sindrel teaches Memody a new song and helps her understand why they chose life.

Here’s a look at the announcement trailer.

The story behind the game

Tobias Cornwall, the developer behind Memody, began creating the game when he was dealing with brain cancer. Doctors told him that the operations he had to undergo may impair his memory. He was told, however, that by exercising his memory that he could weaken or prevent any memory damage. This led to the creation of Memody. By having to memorize songs and play them back, he was able to train his memory.

In addition, he mentioned facing a lot of anxiety and depression through his life and during brain cancer treatments. He wanted Memody‘s story to help others understand that everyone faces mental health challenges and they shouldn’t feel alone.

Those wanting to stay updated on Memody: Sindrel Song can check out the Alora Fane website or Twitter.