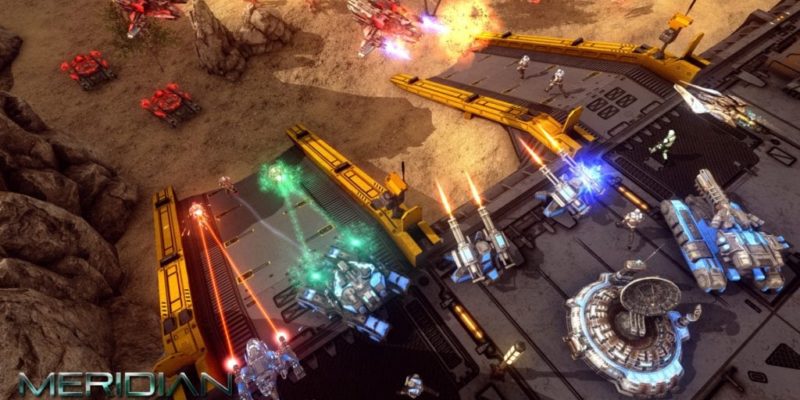 RTS developer Ede Tarsoly of Elder Games is back with a sequel to his 2014 release Meridian: New World called Meridian: Squad 22.

In this new game, leaders of the United Earth decide to send a highly trained specialist squad to planet Meridian to find the crew and bring them home. Like the original, this will be a single player release and comes with base building and the usual RTS fare.

The original  Meridian: New World was not bad at all, but it did have its flaws which is probably down to the fact that one guy was developing it. Still, it was impressive for that reason alone.

Meridian: Squad 22 will strategically place itself into Early Access on 30 May.