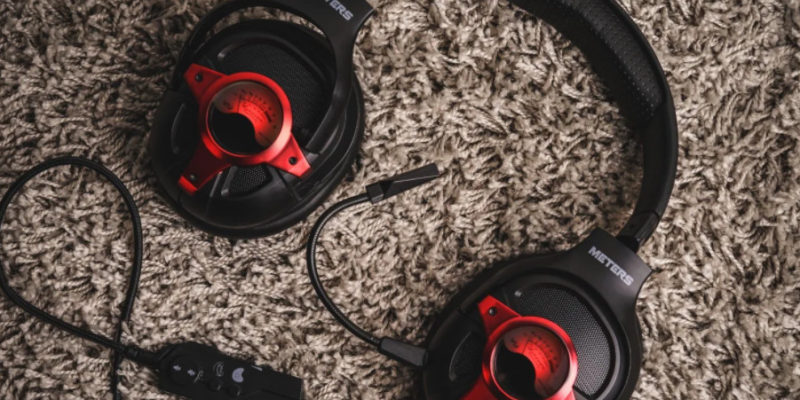 Meters Music enters the gaming headset field as a bit of a newcomer. The brand’s owner began life in the music world, as you’d expect, making guitar amplifiers for some pretty big bands. Then, three years ago it launched a more consumer-focused product range at CES 2017, beginning with a range of headphones and audio products. Now, Meters Music is stepping into the gaming world with its Level Up headset, a wired set featuring virtual 7.1 surround sound and some unique bonus features.

First off, this a UK-based product costing £99.99. That’s roughly $150 when you factor in taxes, which is a little on the pricey side for its feature set. Meters Music is hoping some of its unique visual flourishes will help in that regard. However, we don’t think they’re quite worth the extra over the competition.

What’s in the box

Included in the package is the headset itself with an attached USB connector, a detachable microphone, a soft carry bag, and a separate 3.5mm chat cable for alternate connectivity. On grabbing the headset for the first time, the plastics feel disappointingly cheap. While sturdy enough and lightweight, the overall quality feels like it could be higher for a $150 headset.

Thankfully, the detachable microphone is much better in that regard. It neatly snaps into place on the left ear, and feels sturdy yet malleable when adjusting its position. We had no problem using the mic in its intended USB format, with solid voice pickup and no crackling or dropping out during testing.

However, when you switch things up and opt to use the included chat cable, the quality of the product falls a little short once again. Connecting the 3.5mm cable to the volume control panel feels loose, and twisting it can cause some microphone crackling. This setup would likely be used with mobile devices or console controllers, but it doesn’t help that the volume control panel itself feels low quality in general.

Wearing the headset for the first time reveals its best design feature: comfort. The Meters Music Level Up headset features two soft leatherette ear pads that are very comfy even for long gaming sessions. While the option of fabric material for those who prefer it (including me) would have been nice, these are some of the softest I’ve used in this price range. The leatherette setup can create a warm environment inside the cups, but that’s nothing a quick adjustment doesn’t solve. 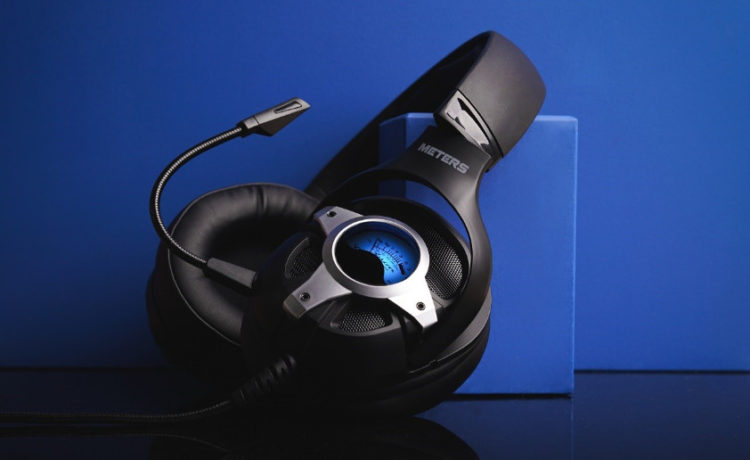 As previously mentioned, the weight of the headset goes a long way in creating a comfortable product too. While on paper a touch over 11 ounces sounds quite heavy, the Level Up headset really doesn’t feel it. There’s great weight distribution here, even with the microphone and cables attached to one ear. We had no problems with the set during long gaming sessions.

When it comes to sound quality, the Level Up headset has a bit of an identity crisis. The overall sound is of a good standard, when used with stereo audio or virtual 7.1 using the USB connection. However, I’d argue that it sounds better when listening to music than playing games. There’s an emphasis on strong bass levels here, that are better suited to music playback. The highs more frequently experienced in games can become a little distorted at louder levels, evident when playing shooters like Call of Duty: Warzone. The overall sound is solid, but we’d of liked more focus on the quality of audio while playing games.

On the microphone side of things, it’s a pretty bog standard affair. This is a solid gaming microphone when chatting to friends online. However, it’s not quite loud and clear enough for streaming and the likes. The mic is detachable, but you can’t rotate it fully while attached to quickly get it out of the way. The quality is much better in USB mode too, and we don’t recommend using it with the included 3.5mm chat cable.

One feature that could help alleviate these issues is the Meters Music Level Up software. We installed the Level Up Virtual Environment and had a play around, but it’s quite limited. This software not only allows the user to adjust audio levels and microphone settings, but is also the way of enabling the headset’s virtual surround sound setting. The problem is, the software isn’t all that easy to navigate, and the settings we changed left the sound in a similar state. Do note, though, to get the software installed, you have to fully extract the zip folder first.

There are a few other bonus features also included. Some of these are more successful than others. The included 3.5mm chat cable offers up dramatically worse sound quality than the USB option. This is for both mic input and audio output, but that’s not a real problem for PC use. Another unique selling point is a Volume Unit that looks sorta like an old school speedometer on each earcup. They showcase volume levels in real time, but we like the look of the dial more than its functionality. The Volume Unit only worked on PC via USB too, so if you’re using it on consoles or mobile you won’t be able to utilize the feature. 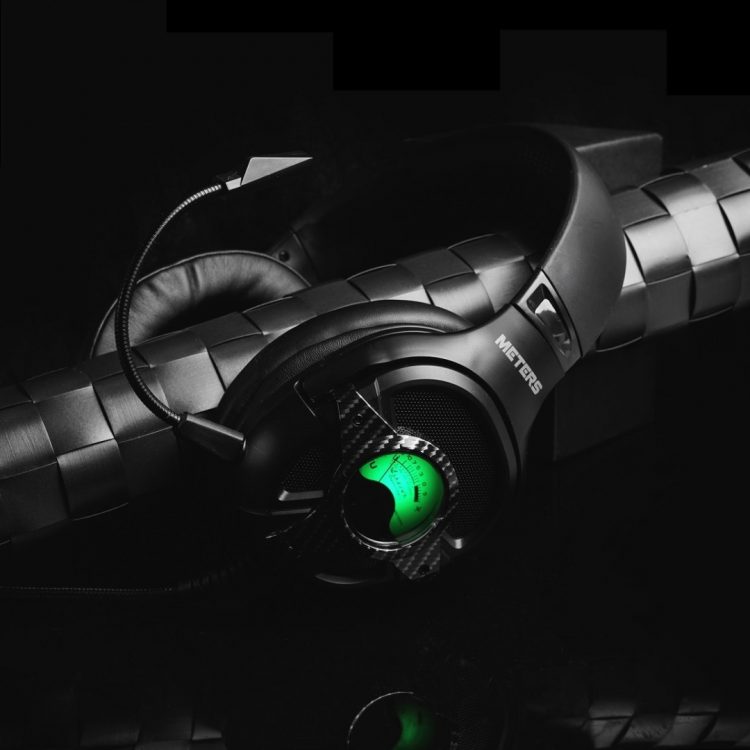 The Volume Unit contains one of the headset’s other standout features. Each earcup holds an RGB light panel, and the color can be selected with a simple button press on the volume control panel. There’s eight settings to choose from: red, green, blue, yellow, turquoise, pink, white and an option that quickly cycles through all color options. This is a novelty yes, especially for the wearer, but it does make the Level Up headset stand out from the pack.

All in all, Meters Music’s first gaming headset is a respectable debut, even if things don’t quite come together in a lot of areas. The headset’s unique features are more novelty than anything else, and the distorted highs and low quality plastics let the product down somewhat. However, there’s solid overall audio quality and an incredibly comfortable setup in here, and the Level Up headset is a good option if you plan to use it for music as much as gaming.

The Meters Music Level Up headset feels more like a pair of music-centric headphones converted into a headset, than a from-the-ground-up gaming accessory. That’s understandable given the company’s pedigree, and follow-up gaming products should try to address these issues. In future, we’d like to see Meters Music provide a headset more thoroughly focused on gaming.

A respectable first gaming outing for Meters Music, providing a solid set of headphones for music and gaming alike. However, there's room for improvement in key areas, especially overall build quality and sound options for gaming.