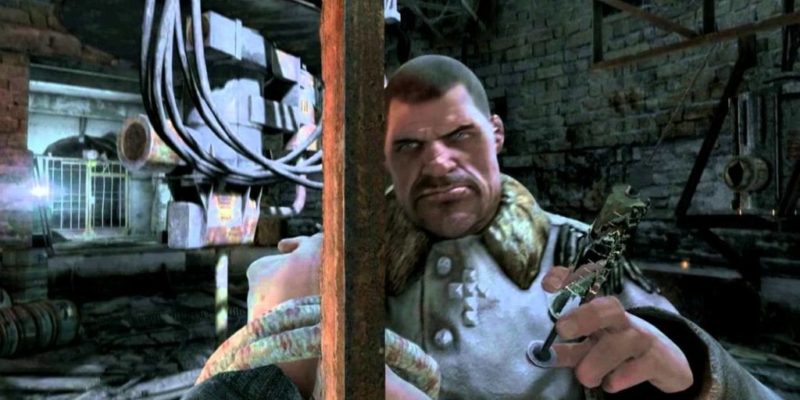 The Developer Pack’s shooting gallery was okay, but not really Metro: Last Light at its best.

The final piece of DLC for Metro: Last Light – the Chronicles Pack – is now on Steam for £3.99. If you’ve got the Season Pass, then it should automatically download the next time you sign in.

The Chronicles Pack offers three new missions from the perspectives of Artyom’s companions throughout the game. As Anna, you’ll be fighting your way across the surface in an attempt to rescue Artyom. As Pavel, you’ll be escaping from the Bandit Lair beneath Venice. Finally, as Khan (accompanied by Ulman) you’ll be exploring the dark and spooky tunnels of Polyanka in an eerie supernatural mission that will reveal one of Khan’s dark secrets.

You’ll also get access to the Multi-Barreled Bicycle Shotgun, a fan-designed weapon that was recreated in game.

So far, the Metro: Last Light DLC has been a bit hit and miss. The Faction Pack was mixed, but generally good. The Tower Pack was a bit one-note and didn’t really focus on the game’s strengths. The Developer Pack was part museum and part arachnophobic nightmare. Let’s hope 4A Games saved the best for last.