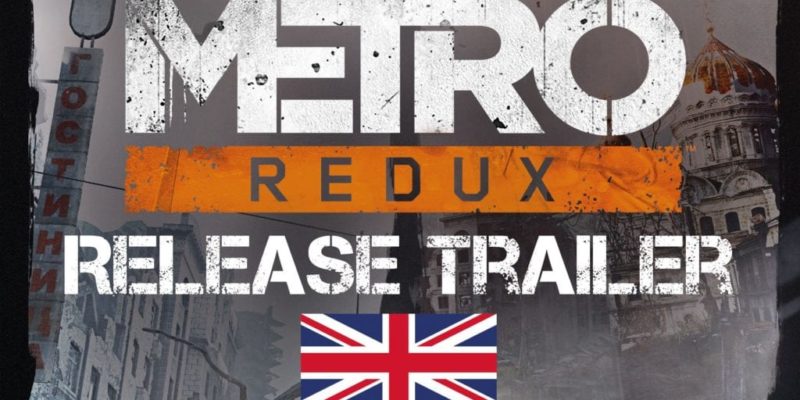 If you live in the US, the re-spruced pair of Metro 2033 and Metro: Last Light are now available in shiny (or grungy, I guess) Metro: Redux form. For those living in the UK and Europe, the release date will be 29 August. Even though the PC release is digital and it would make no difference to just release it everywhere on the same day like sensible people would do.

Should you have missed exactly what Metro: Redux changes about the previous releases, this other video of features should sort you out. Effectively, Metro 2033 is now in Metro: Last Light’s engine, with all the performance benefits that brings. You’ll be able to play each game in 4K resolutions, should you have all the necessary hardware to support such a thing. Weather effects, global illumination and brand new skyboxes are now present in both titles.

Gameplay aspects like stealth kills, improved AI and gas mask wiping will also now make their appearance in the new 2033.

Where Metro: Last Light is concerned, it comes bundled with all the released DLC. Ranger mode (which removes the HUD, among other things) will be an option in both games, as will ‘Spartan’ and ‘Survival’ modes. The latter will make ammo scarce and force you to ponder the conservation of equipment.

People who own the prior versions of the games on Steam will be able to buy each of them (or, presumably, the double pack bundle) at 50% off. Developers 4A Games have written a lengthy post on the Steam forums about why the upgrades aren’t free.

Top 10 Strategy MMOs You Can Play On Your Web Browser