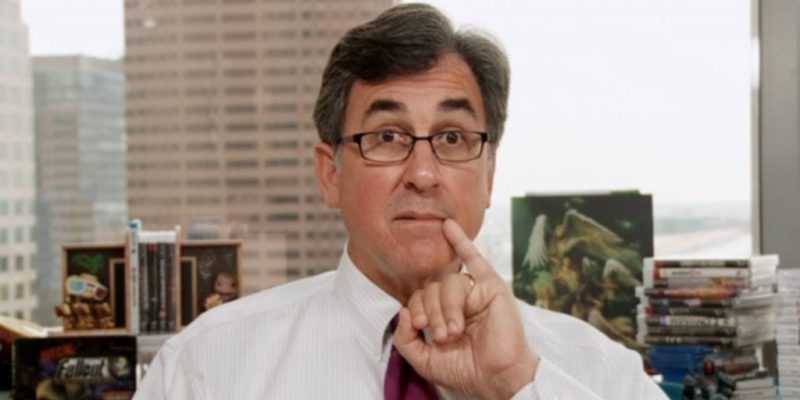 Everyone’s favourite Wedbush Securities analyst Michael Pachter, who usually gets things woefully wrong, is in the spotlight this week for all the wrong reasons.

Yesterday the UK tabloid The Daily Star posted comments from Pachter discussing the PS4 Pro where Pachter had likened PC gamers to “racists” and called them “arrogant twits”. Following the interview Pachter commented:

“I’ve never used the word “twit” in my life.

“I absolutely used the term racist, but only upon being questioned repeatedly about what I meant when I called PC gamers insular.

“The reporting here was irresponsible. I’ve done 6000 interviews over the last 15 years (we’re required to log them), and somehow, have been able to hide my bigoted side until today . . . I’m not sure what the “reporter” was trying to do, other than stir the pot. Yes, I said that the PS4 Pro probably wouldn’t appeal to PC gamers, The rest is just silly.”

Not content with Pachter’s response, The Daily Star decided to release the actual audio recording in which Pachter made the comments. The interview went as follows:

Daily Star: “For gamers that are more traditionally PC who have seen the announcement (PS4 Pro) may they be more inclined to maybe go for that?

Michael Pachter: PC gamers are like racists where they only like their own kind and they have no interest in venturing out and mixing with other races. PC Gamers are arrogant twits who are convinced at what they do is better than anyone else could possibly do.”

So there you have it. While Pachter isn’t actually calling PC gamers racists, it was a poor choice of words. However, he did call us all arrogant twits highlighting how little he knows about the PC gaming community. The same could be said for the Xbox and PS4 gamers who argue over which console is best.

The interviewer was probably trying to push his buttons, it is the Daily Star after all. This is a small snip of the interview so we don’t have all the dialogue from the reporter prior to Pachter’s response and the Daily Star is not exactly a quality newspaper.

However, we can thank Pachter for another piece of insightful analysis of PC gaming.